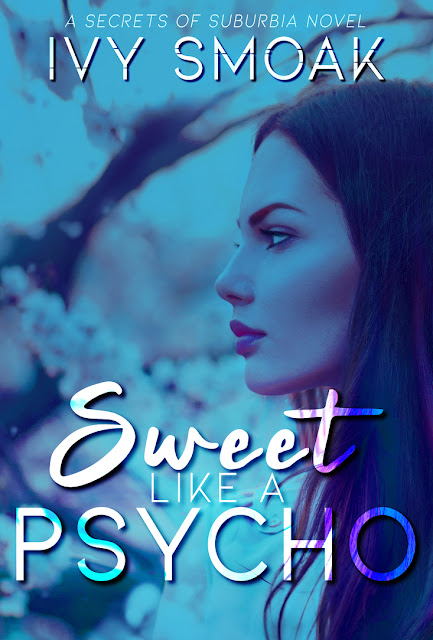 To most people, suburbia is synonymous with good school districts, manicured lawns, and friendly neighbors. But you can never really tell what’s hiding behind those white picket fences and smiling faces.

I mean, we all have secrets. The kid down the street steals lawn gnomes. The woman on the corner is having an affair. And me? I’m a murderer. At least…that’s what everyone thinks.

Because that’s the other thing about the suburbs. Rumors spread like wildfire. Handsome detectives start poking around. Houses explode. You know…the usual. 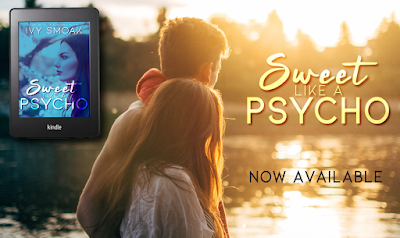 EXCERPT
I locked the door and then just stared at it. God, I just lied to a detective. Why the hell did I just lie to a detective? It had felt right in the moment. But as soon as the words left my mouth I regretted them. I could have told him about the woman running through the woods. I could have pointed him in the direction that she had fled. I could have given him every detail he wanted and gotten him out of my hair.
But instead I lied. I shook my head. He hadn’t left me with much of a choice. I couldn’t have the cops poking around in the woods. I couldn’t have them running all around my property with police dogs and metal detectors and whatever else cops used in the search for a criminal. What if they found something? I couldn’t risk it.
I bit the inside of my cheek. Had the detective known I was lying? It looked like he did. Like he could easily see right through me. Shit shit shit.
“It wasn’t a big lie,” I said into the empty room. “It was a little white lie. A nothing lie. There are no consequences for a nothing lie.” Right?
I should have run back upstairs to finish what I had started just in case he came back, but instead I found myself pushing my ear against the door. There was no squeak of floorboards or crunch of leaves. I closed my eyes and tried to listen. The silence was incredibly loud as I pressed the side of my face harder against the wooden door.
Detective Reed’s gaze had been so intense. It felt like he had locked me in place when he was staring at me. Like I could barely even breathe. Does he feel as frozen as me right now?
I moved away from the door. Of course he didn’t. There was no way that he was as affected by our meeting as I was. It was his job to make me feel frozen. For his eyes to bore into my soul, see my darkest sins, and to travel down my body…I shook my head. No. That was most certainly not his job. But he had done that, right? I hadn’t imagined it?
I swallowed down the lump in my throat. All my nerves were on hyperdrive. The only man I had interacted with recently was mailman Joe. And he was like seventy. This was a normal response to a man my own age. Especially one who looked like Detective Reed. I glanced down at the business card in my hand. Detective Tucker Reed.
I tiptoed to the window in the living room and peered through a gap in the curtains. I expected to see him retreating through the woods, but he was just standing there. Staring at the door. Frozen. I could feel my pulse beating in my head. I hadn’t imagined it. He had been looking at me. Really looking. And it didn’t seem like it was purely for detective reasons.
I let myself stare unabashedly at him from behind the safety of the curtain. He didn’t look how I expected a detective to look. Beer bellies and mustaches were the dominant features of the detectives in my mind. But he was most certainly not like the detectives I pictured in my head. He was wearing a formfitting wool jacket that was undoubtedly not hiding a huge stomach. If anything it was probably covering perfect six pack abs. I glanced down at his left hand. There was no ring on his finger. Hot and single. I was good at smelling trouble a mile away. And Detective Reed was most certainly trouble. After all, he was clearly the reason I had lied. I couldn’t think straight when a man with a chiseled jaw, five-o’clock shadow, piercing brown eyes, and a deep sexy voice was staring right at me.
Yes, he was the reason I had lied. He had made me act poorly. It was all his fault. Jerk.
He turned his head and I threw myself down onto the floor. Ow. I cradled my elbow that had just whacked the hardwood floors.
When I peered back out the window, the detective was gone. And a part of me wondered if I had imagined him.
AUTHOR BIO
Ivy Smoak is the Amazon bestselling author of The Hunted series.
When she's not writing, you can find her binge watching too many TV shows, taking long walks, playing outside, and generally refusing to act like an adult.
She lives with her husband in Delaware. 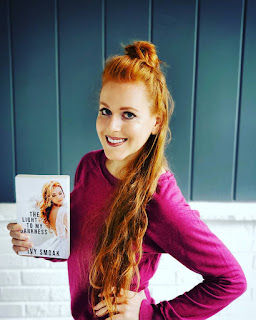 Sweet like a Psycho is a standalone novel that is loosely a follow on from The Truth in my Lies, Smoak continues to embrace the mysterious / thriller side of story writing.

Tucker is a detective looking into the explosion of a house (from The Truth in my Lies) when he comes across Violets place. Feeling like he could let it go he continues to return to her home. With a long list of OCD tendencies Violet is also very protective. With rumours circulating about her history is Tucker falling into a trap?

I personally enjoy reading more tradition romance novels which Smoak has previously written, this story skirted the edges of a romance with the twists and turns.  While this book wasn't one of my favourites or my cup of tea, this story very much could be yours.