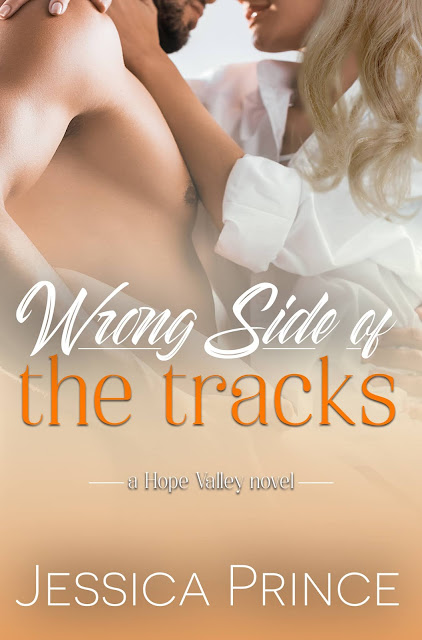 SYNOPSIS:
Gypsy Bradbury was never destined for great things. Or at least that’s what she’d convinced herself of. Growing up on the wrong side of the tracks, she had learned that hoping for more was a waste of time. Then Marco forced his way into her life and gave her a glimpse of a future brighter than any she could have imagined. But if her past taught her anything, it was that if something seemed too good to be true… it probably was.
The promise of a quiet, simple life was what drew Marco Castillo to Hope Valley. After experiencing war and death first hand, he was looking for something easy. Then he met a woman with guarded eyes and the most beautiful smile he’d ever seen. The only problem was she came with more baggage than a 747.
There is nothing easy about Gypsy, but Marco knows without a doubt that the promise of her is well worth the effort. She’s the strongest, bravest woman he’s ever met, and when the life she’s fought to build for her and her family is threatened, Marco is determined to win that battle for her. Whether Gypsy wants his help or not.

**Hope Valley is a series of interconnected, standalone romances.**

Gypsy has her hands full working two jobs and taking care of her siblings. She has no time for a man. With that said though there is no denying she wants Marco. But just because you want someone doesn’t mean you’ll get them. Gypsy learned long ago that love isn’t in the cards for her…or is it?
Marco has wanted Gypsy from the moment he met her. He doesn’t care what the people in town say. He just wants her for her but she doesn’t appear interested. Then life throws them together more than they already were. When she shows the slightest interest, Marco makes his move. Not only does he fall in love with Gypsy but the ones who come with her. The question is will he be able to keep them?
Ugh, I loved Wrong Side of the Tracks. Marco fit in perfectly with Gypsy and her clan. Gypsy finally let those who loved her in completely. Prince just killed it with Wrong Side of the Tracks from the small little details to the main things. I just hope this isn’t the end of Gypsy and Marco we see. One thing is for sure you wont regret one-clicking Wrong Side of the Tracks.
Plot-5/5
Characters-5/5
Heat-5/5
Writing style-5/5
Overall-5/5

“Get dressed, babe,” he ordered, tossing my bra and panties to me before slipping back into his boxer briefs.
I sat up, holding the sheet to me as I looked at him in confusion. “What? Why? I figured we’d take a little nap, then kick off round two. Neither of those things requires getting dressed.”
His cocky smirk set off the butterflies in my belly as he pulled on his jeans. “As much as I’d love a round two right now, it’ll have to wait. I’m taking you to the diner for lunch.”
I froze in the middle of re-hooking my bra and looked up at him in panic. Reading my expression loud and clear, Marco moved back to the bed. The mattress dipped under his weight as he bent toward me and gave me a chaste kiss. “If it helps, don’t think of it as a date. Think of it as a meal shared by two people who really enjoy having sex with each other.”
I tipped my head to the side incredulously. “You’re saying we’re friends with benefits?”
He seemed to give that some thought as he tugged his T-shirt over his head. “No, not friends with benefits. I’d say we’re way more than friends, wouldn’t you?”
“Well, yeah. But what does that make us?”
“Don’t worry about labeling it,” he responded, lifting the weight that had been resting on my shoulders. “For now, let’s just enjoy each other and do what feels natural, yeah?”
“Yeah.” My lips slowly spread into a smile. “Okay. I can do that.”
“Good, girasol.” With that, he stood tall, grabbing my wrist and hauling me from the bed. “And what feels natural right now is getting some food in my gut before it eats clear through to my backbone. You want a round two, I need to refuel, so move that sexy ass of yours.”
Shooting him a playful glare as I went about getting dressed, I warned, “You want a round two ever, you should probably stop being so damn bossy.”
He stepped close just as I finished zipping up my jeans. His voice was low and full of sex as he said, “Baby, you hurry up so I can eat, and I’ll bring you back here and show you the type of bossy you won’t be able to get enough of.”
Well, all right, then.

Visit Hope Valley
#Free on #KindleUnlimited
Out Of My League: Amazon Universal: mybook.to/OutOfMyLeague
Come Back Home Again: Amazon Worldwide: mybook.to/ComeBackHomeAgain
The Best of Me: mybook.to/TheBestofMe