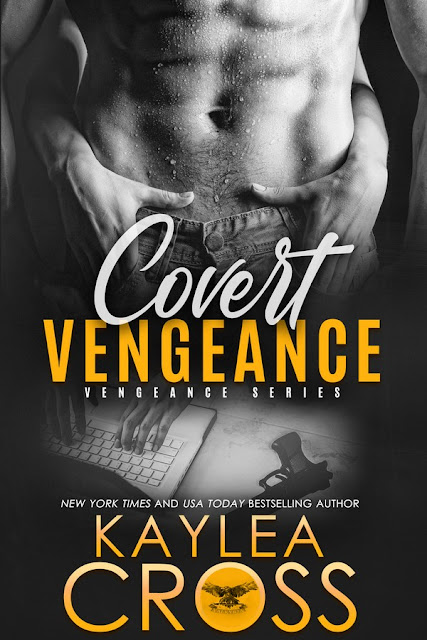 Revenge came at a heavy price.

Valkyrie hacker Amber Brown is deadly in her own right, but her preferred weapon is a keyboard. So after her teammates left her for dead, she took her revenge the way she was trained to—swiftly and brutally. Except one of her targets might be innocent. To right that wrong, Amber vows to rescue the at-risk Valkyrie no matter the cost, and this time she’s working alone. So when a sexy stranger shows up in the middle of a firefight and announces he’s been sent by her sister, it’s going to take a whole lot more than his word to make her trust him.

Elite gun for hire Jesse Cordova lives on the edge of the law. When a new job offer sets off warning bells, he digs deeper and finds the startling truth. The woman he’s been tasked with capturing is a secret government assassin, and Amber Brown is unlike any target he’s gone after before. But bringing her in opens them up to a whole new level of danger, pitting them against one of the most ruthless assassins in the world. Now that the sexy Valkyrie has stolen his heart, Jesse will risk everything to see their mission through—knowing that the only way this ends is with one of them dying.

Amber is the best at what she does. She has always taken pride in what she does. But when she got burned by those who never should have burned her, she’s out for revenge. Now the blow back from that revenge is on her tail. Amber has too much to lose at this point and she must end the threat before they find her. What she never expected was the help of a man. A man who makes her want something she never even thought about before. The question is will she let Jesse in?

Covert Vengeance is only my second Cross story and when I finished I couldn’t help but think why haven’t I read more books by her? I love her story telling and the way she pulled me into a world most people don’t even think about. One thing is for sure I cannot wait to see where Cross takes this series and who’s story comes next. You won’t regret one-clicking Covert Vengeance.