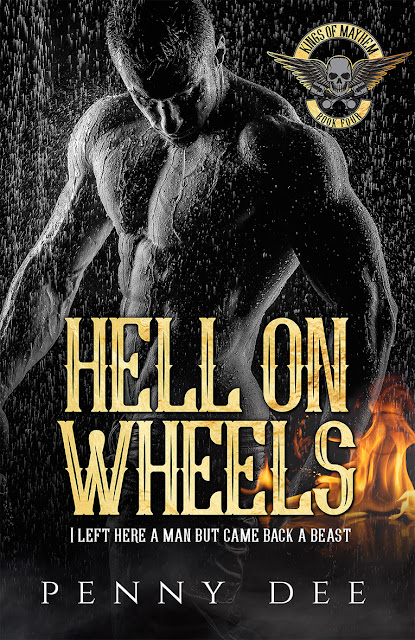 I left here a man but came back a beast

A shoulder-fired missile broke my body.
But betrayal obliterated my heart.
For months I lingered in and out of hell until my body healed.
Now I’m back in town with my club brothers. They think I am ok. But I am still fighting a war of darkness in my head and I can’t see a way out.
Then she comes into town like a summer breeze and makes me feel things I didn’t know existed.
She has the voice of an angel and the body of a goddess.
But she is running from her own demons. From the Devil himself.
He's coming to town and she's scared. But I've walked through hell and survived.
And I'll walk through it again to protect her.

I’ve spent years running from my past.
Town to town.
State to state.
Never putting down roots.
Then I meet a beautiful, scarred beast of man who makes me feel something for the first time of my life...hope.
He makes me want to stay but it’s an impossibility.
Because the Devil is coming for me and when he arrives I won't stand a chance.
Hell on Wheels is book four in the Kings of Mayhem MC series. 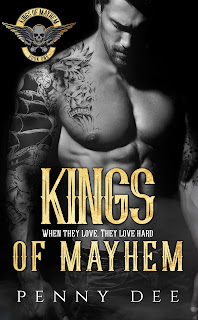 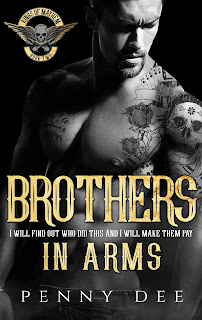 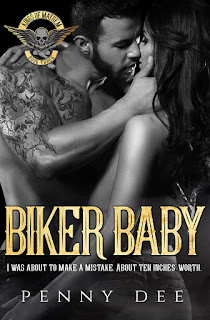 AUTHOR BIO
Penny Dee writes contemporary romance about rockstars, bikers, hockey players and everyone in-between. She believes true love never runs smoothly, and her characters realize this too, with a boatload of drama and a whole lot of steam.
She found her happily ever after in Australia where she lives with her husband, daughter and a dog named Bindi. 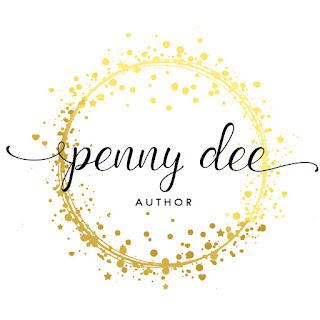 Hell on Wheels is book 4 of the Kings of Mayhem series; a look inside the world of Chance, the oldest of the Calley brothers with more scars than just the ones on the outside.

Chance was a Navy Seal he was the best of the best until he was deceived and lost everything close to him; coming home with scars that make him feels less of a man and more of a beast he knows that he will never find that one person to share his life with; until Cassidy.

Cassidy is running, and doing a good job of it until she finds the ones person, she doesn’t want to run from she feels rejected Chance comes to her rescue yet again, she can’t help but want him more.

Chance and Cassidy have chemistry, from the moment they are in front of each other their feelings are explosive; their push and pull relationship leads them in 1 direction and that is straight into the arms of each other.

I really enjoyed reading this book, as predicted Dee you have pushed and pulled with my heart strings leaving me hanging for more. I don’t know what is next and I really hope that there is another one in the works because I am hooked.