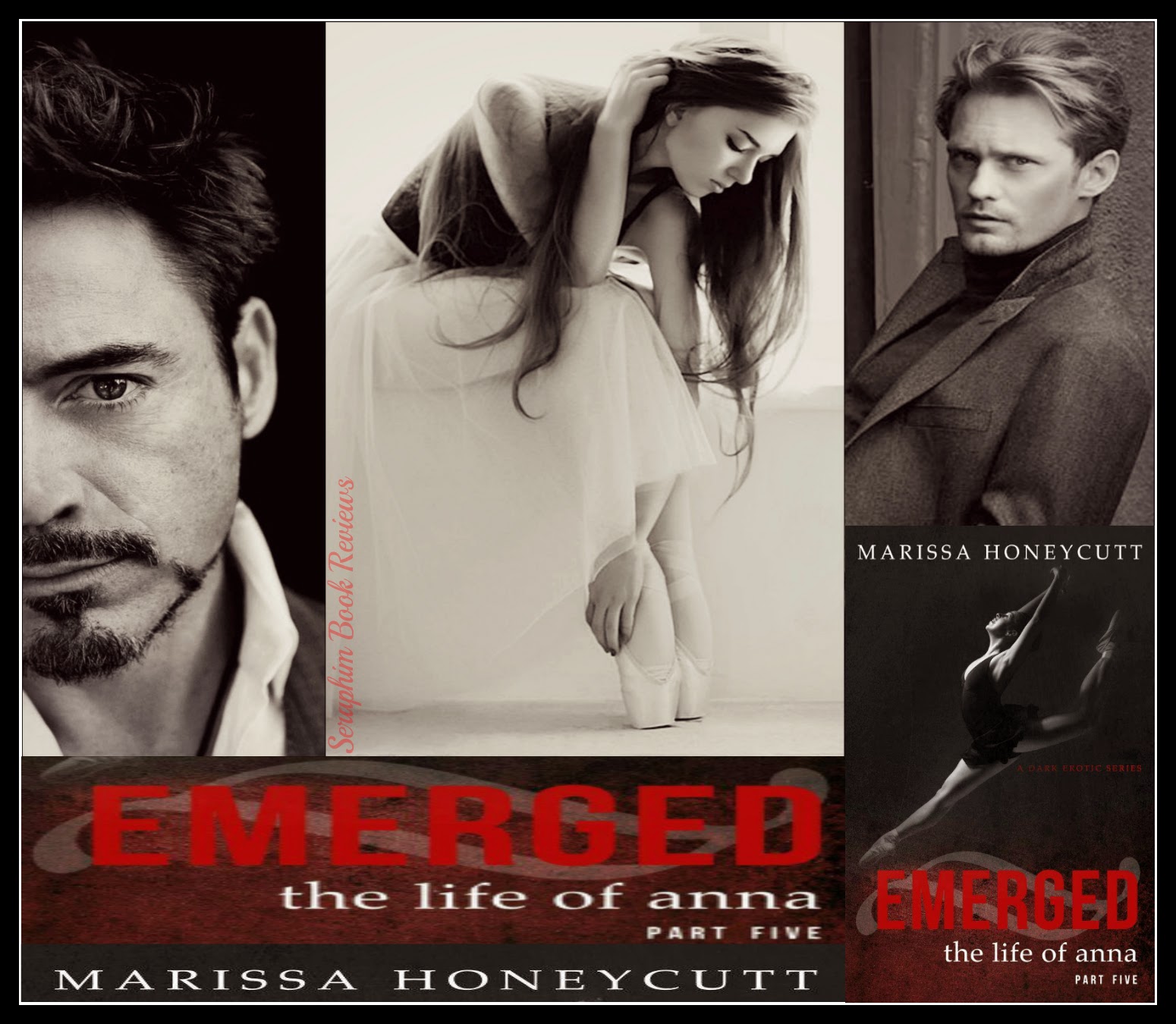 WOW! Last part of Anna's story. It's been such a wild, crazy journey it feels sad to reach the end.
I'm going to do this review in two parts. (Some bizarre new thing of mine)
First part is the short and sweet version, for those who aren't too keen on long reviews. Then I'll go in to more detail in the second part.

Incredible! This final part of Anna's story was always going to be bittersweet. I was dying to know how it all ended but also didn't want it to end. So I didn't want to rush it.
I needed to know that Devin would get what he was due, whether Alex would rise from the dead, and whether poor Anna would get her happy ever after. All these things and many, many more were resolved. Emerged is like a book full of explanations. Any confusion over the last couple of books, is fully explained in this final part. I actually felt the clearest I've ever felt, after reading a Life of Anna book.
The writing is, as it always is, completely addictive. I was dragged fully in to the story, and left unable to actually comprehend what is going on in the world around me.
I would say this final part, was perhaps not quite as dark as the other books in the series, but that's not a bad thing. I felt like this whole final book, was like a conclusion to so many mysteries and confusion.
Anyway, perfectly written and concluded. Highly recommended to fans of this series. I feel totally sad that it's come to an end, but I'm also excited to see what is coming next!!
5 Huge Stars!!

Emerged is part 5 in The life of Anna, if you have rocked up to this book without reading the other 4 parts first, you will be utterly lost. Go back to the first one.

I loved this final chapter, in The Life of Anna. I think I laughed, cried, held my breath, screamed, and got all hot and flustered, all in the 615 pages (on my ipad) I read over the last few days. Yes, it took me a few days, sadly I received this in the Easter hols, some people like to think Easter is more important than reading about Anna. NOT ME!
So anyway, I finally finished this mammoth book, and was completely satisfied with it.

When book 4 finished, Anna had escaped, from the gathering and Devin. Finally people were starting to see that Anna was being treated basically like scum, by Devin, and anyone loyal to him.
So after an elaborate plan was set up by some of the elders and sons, not loyal to Devin, Anna was helped to escape, and sent on to New York, to hide from Devin with a new identity.
This is where the Emerged starts. Once in New York, Anna is reunited with Aaron and given a room living with him, and a place in the the same Ballet company as him.
It would seem that Anna can finally start to live, without all the restraints. We basically spend quite a large chunk of the book, seeing Anna settle in, getting to find herself, and making new friends. It's actually a very calm time, considering what Anna usually goes through. And Anna spends a lot of this time, actually thinking for herself and discovering quite a few things, she did not know. This does all change soon enough though.
I can't go any further with a summary, as important events start to unravel, as we go in to the next part of the book.

It's like the next part is where all the confusion and foggy parts are all explained fully. Any cryptic parts from the past books, tend to be explained, or shown via memories or flashbacks. It was really enlightening, and I enjoyed seeing it through other characters eyes or point of views.

The final chunk of the book was what I has been looking forward to. Where everything kicks off, all the drama and the parts we have waited 5 books for. It was definitely worth the wait, the tension in those parts was amazing. I felt like everything else around me had been switched to mute, while I was sucked in to the drama of this last chunk of the book.
A couple of times I even felt myself well up, it was that dramatic!

Even though the ending was perfect, amazingly written, and thought out. I actually felt more sad than ever reading that final couple of pages. Yes, I was happy, but so sad that this story had come to an end. It's been one of my favourite series of last year, and this year. I just couldn't fault it. And definitely didn't want it to end. I still had questions, and wanted to see the characters years down the line.

One of the things I loved most about this series, was the world in which it took place. I remember saying that in my review of book 1. I loved all the background details, and everything about this whole new concept. The unique and original idea, that I had not read anything like it before, was fascinating. I just hope that another story comes out of this world, it would be so sad to see it all end.

I more than highly recommend this book to everyone who has loved this series from the start!
5 massive stars!


**I was given a copy of this book in exchange for a fair and honest review**
Posted by Louise Seraphim Reviews at 1:09 PM