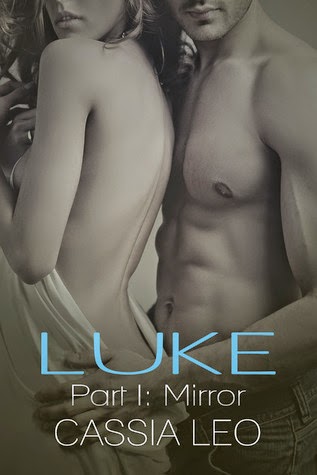 At twenty-eight, Luke Maxwell is the hottest eligible bachelor in America and the billionaire CEO of Maxwell Computers. When Brina Kingston is hired by Luke’s competitor as a corporate spy, Brina successfully works her way into a position as Luke Maxwell’s new executive assistant. What Brina doesn’t expect is to find herself in a compromising position in his bed.

Brina thinks she has the savvy to see past Luke’s cunning intellect and extract the trade secrets she was hired to acquire. But she soon finds herself falling for his charms and risking the most important assignment of her career and, possibly, the greatest love of her life.

So, I'm still sat here trying to make my mind up about this book. It's the first part in a series of very short novellas. In fact I think they aren't even novellas. Anyway, I don't mind the length, sometimes short instalments can be just what you need, when you don't have the time for a long read.
Now, I absolutely love what I have read of author Cassia Leo's so far. Her writing is gripping, and her characters are totally addictive. This still felt like one of her books, from the style of the writing. It is sharp and packs a punch. He sex scenes were intense and smoking hot!
It had potential to be amazing, but I felt like there was one thing, that kept me from becoming fully invested in the story.
The speed at which things happened. It felt like chunks were missing, or maybe I had picked up the second book instead of the first one.
It started off great, Brina is going for a job interview at the biggest, most lucrative, most innovative computer company in America. She already works at the competition, she had risen up and earned herself the position she has got, but she wants a promotion. She needs a promotion, to help out with her family. She has her reasons. To get the promotion she has to earn it, get a position at the opposition, and be a spy.
But from the minute she meets billionaire CEO Luke Maxwell, who also happens to be the hottest eligible bachelor in America. Things go a little crazy, and get a bit confusing. Don't get me wrong, the writing is still fantastic, and the characters with their secrets and bad memories, have the potential to be amazing. But, it seems to jump at warp speed, and get a little confusing at the same time.
I'm not sure why Luke is practically jumping on Brina within seconds of meeting her, I know she's gorgeous, but he literally pounces on her with little to no conversation before hand. By then I'm lost, the sex is fantastic, but I can't concentrate on the hot scenes, as I'm still trying to work out why, and how come.
By the end of the 30 something pages, I'm baffled and not sure what I think. I wanted to love it, and parts of it I still do. But I also wanted it to slow down, and build up to things, rather than jump in with no real explanations.
I will still read on to the next part, as I feel I want to understand things better and I'm hoping it will make more sense. The characters have some secrets and pain they are holding on to, they should be coming out soon enough.

4 stars, because the potential is still huge.