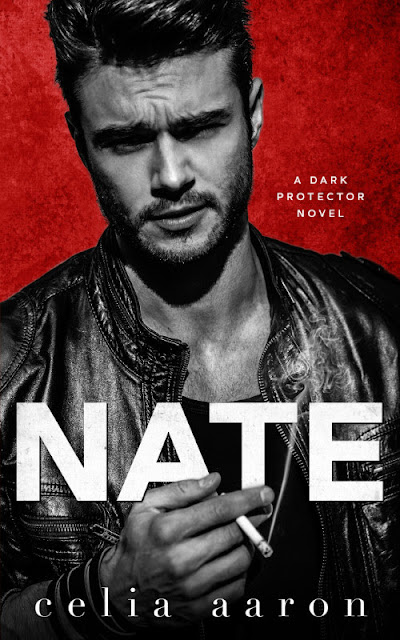 I rescued Sabrina from a mafia bloodbath when she was thirteen. Doing right by her became a priority for me, even while I was busy as the new head of the Philly syndicate. I sent her to the best boarding schools and kept her as far away from the life as possible. It worked perfectly. Until she turned 18. Until she came home. Until I realized that the timid girl was gone and in her place lived a smart mouth, a wicked imagination, and a body that demanded my attention. Who am I? I’m F*cked. Nice to meet you.

Are you looking for a mafia/mob novel with lots of action and heat? Well this is the book for you. Let me tell you, this book pretty much starts off hot! Nate is a wonderful mob/mafia novel. I love the action and suspense in the story, but I also love the romance and heat added in. My favorite part? The JAW DROPPING revelation! That is all I can say. I was SHOCKED!

The plot of this story is much like most mob/mafia dramas. The mob boss is just doing his thing when a girl comes in and changes everything. Oh and there is always a problem or turf war. This story has all of that. What this story has that others don’t is an interesting backstory with a lot of interconnecting storylines between characters. There is also a lot of killing and not all of them are nameless characters we have never met. Is that enough to intrigue you?

Nate is an awesome character. He is the epitome of what a mob boss should be. He is ruthless and tough, but also has mercy when needed. I love how he has a sense of humor along with his overall badness. Sabrina is a character all on her own. She is an 18 year old girl who has a dark past. She is sassy and goes after what she wants. Honestly, her strength and will is what will make her a great leader someday as well.

As I said before, the heat in this book is there from the very beginning. These characters just explode off the pages. I love watching them interact with each other. Especially since Sabrina is such a sassy and feisty girl. She is my hero with her smart mouth and strong backbone. Then add in one sexy and bad mob boss and you just know there will be more fireworks than the fourth of July.

This story is told from a dual point of view. I love that each time the point of view changed, the author wrote whose point of view we were reading from. That makes it easier for the reader to follow along. I also liked the pace of the book. Even with all the action, the book seemed very well paced. More importantly, the story seemed authentic. I feel like the situations presented in the book could have happened in a modern day mob/mafia world.