Release Blitz & Review - Only with You - Kathryn Shay 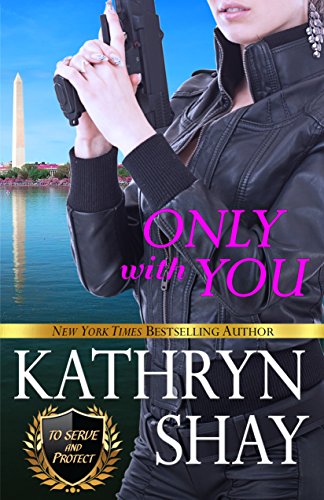 Special Agent Whitney Dwyer sees the world in black and white, much to the chagrin of her beloved cousins, the Marino brothers. Her life is terrific: a supportive family, a varied job with mega opportunities for advancement and a fantastic friends-with-benefits lover. Beneath her tough exterior, though, lies a woman who was scarred in deep and dark ways by the horror of an accident that killed her parents. But Whitney’s life is knocked off its axis when she loses the man she now realizes she loves. To complicate matters, that man, Special Agent Max Blackwell, has made a decision he regrets immediately. Still, he and Whitney cannot come together again until she deals with what plagues her and he discovers what he truly wants out of life.

ONLY WITH YOU is back-dropped by the bombing of a federal building, a case assigned to Whitney and Max during their personal turmoil. The book also delves into the inner workings of the Secret Service and the danger federal agents encounter every day. Toss in a sizzling relationship and readers will find this story a page-turner.

“Does life give you more than you can handle?”

If you’ve read the other two books in the Serve and Protect series you know the background of Max and Whitney. Whitney is complex hard to get a real read on. Her aunt and uncle took her in as a child and she was raised with her cousins. In a matter of speaking she had an easy childhood, but it was the time before living with the Marino’s that left a scar. Whitney only sees things in black and white, but what happens when the grey starts to seep in?

Max and Whitney have been together for years and never had an issue. Now though he wants more, he’s ten years older than her and wants to settle down and have a family of his own. Something Whitney has always been admittedly against. Max makes a mistake involving his relationship with Whitney that leaves them both wheeling.
What happens if the blows don’t stop coming?
Will these two-secret service agents be able stand strong and weather the storm?

I have always had a soft spot for these two and wanted them to settle down together. Shay was extremely hard on Whitney in Only with You but it felt right to me. Whitney needed these trials to figure herself out. You watch her Transform from someone that was kind of robotic (just going through the motions) to a woman who really appreciated those in her life, accepted love, and loved back. Max was incredibly stead-fast which was fitting for what he did.

Dive into Only with You and follow these two try and find their way to true happiness. Will that happiness be together or apart? While you’re at it prepare yourself for the next in the series, I have a feeling it will be a doozy. 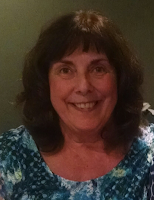 A New York Times and USA Today bestselling author, Kathryn Shay has been a lifelong writer and teacher.
She has written dozens of self-published original romance titles, including print books with the Berkley Publishing Group and Harlequin Enterprises, and mainstream women’s fiction with Bold Strokes Books. She has won five RT Book Reviews awards, four Golden Quills, four Holt Medallions, the Bookseller’s Best Award, Foreword Magazine’s Book of the Year, and several “Starred Reviews.” Her novels have been serialized in Cosmopolitan Magazine and featured in USA Today, The Wall Street Journal, and People magazine.
There are over five million copies of her books in print, along with hundreds of thousands downloaded online. Reviewers have called her work “emotional and heart-wrenching.”

“Kathryn Shay’s storytelling grabbed me on page one and her characters held me until the very last word.” Barbara Bretton, USA Today bestselling author

“Each page is pure seduction of the senses.” Genie Romex Reviews


Giveaway Items - will be any ebook from her backlist