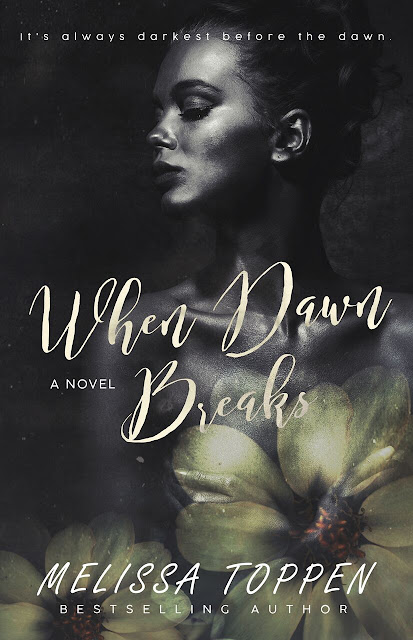 Life is hard. There’s no secret in that statement.
Life. Is. Hard.
Simple enough.

But my life hasn’t just been hard…

I’ve gotten used to it over the years—come to expect it really. So when fate hands me yet another big f*ck you, I’m not even a little bit surprised.

Why should I be? I mean, after everything I’ve been through, why not throw my best friend’s ex-boyfriend into the mix and see how royally I can screw this up too.

One touch and I already know it’s too late. 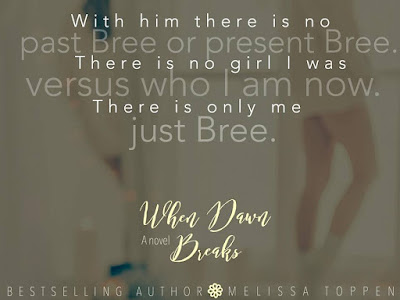 When Dawn Breaks is a story about best friends turning into something more than that. This is Bree's story. She is a single mom and is scared to let anyone in because of what happened to her when she was younger.  No one should've gone through what she went through.

Bree, Courtney and Tess are all best friends, like sisters. I really liked Tess as I would want her as a friend.

Anthony or Ant had a rough childhood as well. He was dating Courtney in high school but he had stronger feelings for Bree so he broke it off. Now 5 years later he wants to see if Bree feels the same way.

Bree has a son and the way Ant is around that boy will make any woman swoonworthy. Anthony is my favorite character because he was such a caring, loving guy.
Both Bree and Ant have kept their childhood pasts inside, will they both open up to each other?
Melissa Toppen is a new to me author and I'm so glad I got the chance to read this as I will be wanting to read more books by her  :)

I highly recommend this book. The storyline is wonderful, a group of friends that care for one another and not that much detailed heat(sex) scenes.
Favorite quotes:

"It's easy to see someone's mask when you're wearing one yourself."
"Maybe this is another one of life's cruel tricks. Having something you've always wanted within your grasp but not having the courage to reach out and just take it."
"The way he looks at you. It's like ...it's like you're the only person in the room."
"Love has a way of changing the way we see things."
"You're loyal, and you love fiercely."

ADD TO YOUR TBR 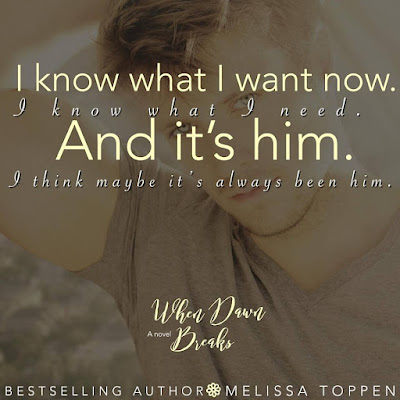 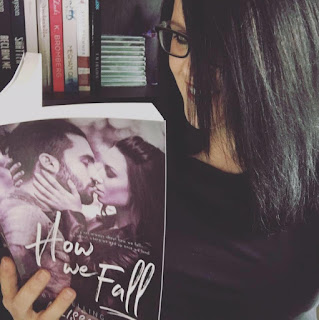 Melissa was born and raised in a small town in Ohio
and now resides in Cincinnati with her husband and two children, where she
writes full time.

In addition to spending time with family and friends, Melissa loves going to
concerts and is obsessed with the T.V. shows Game of Thrones, The Walking
Dead, Once Upon a Time and Outlander. 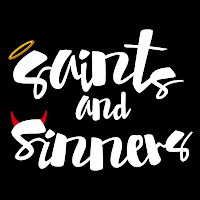