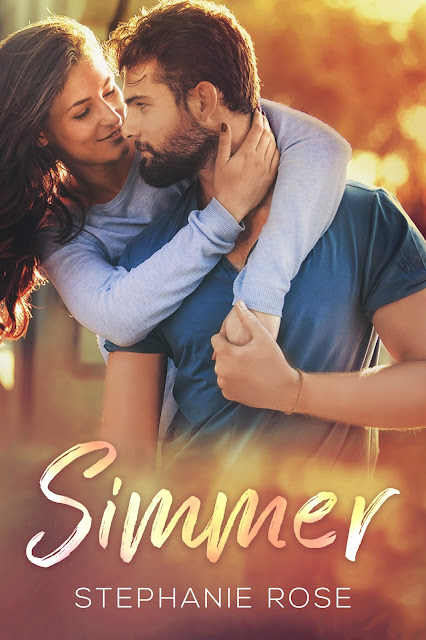 Simmer (verb): to stew gently below or just at the
boiling point; to be in a state of incipient development

My life was always at a simmer… only stewing, never going
anywhere. I was left to fend for myself when it came to affection or love, so I
learned to go without.

I refused to let them see how broken and lonely I was; it
was much easier to hide behind a false reality. I didn't want anyone's pity. I
didn't need it. Pity wouldn't put food on the table or keep a roof over our
heads. That was all me.

Now, I have a second chance at a dream long forgotten. It
demands hard work and sacrifice—with absolutely no distractions. A recipe I
already know all too well, raising a daughter on my own.

Drew Kostas is everything I’ve ever wanted but couldn't let
myself have. He’s younger, gorgeous, charming—and relentless. He sees beyond
the hardened shell I’ve built to protect myself, coaxing out a softer me I
don't recognize.

It doesn't matter how I melt in his presence when the heat
between us threatens to boil over.

That's the thing about heat. When it rises, everyone gets
burned.

Especially when they're foolish enough to fall in love. 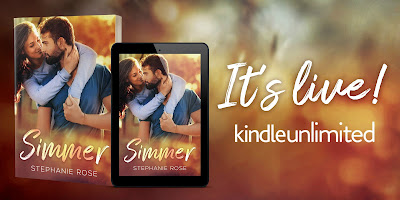 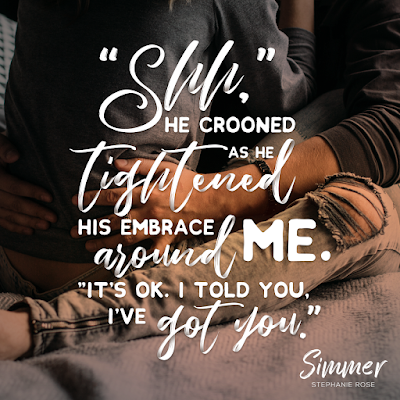 READ AN EXCERPT OF SIMMER

Sara has had a crap life with the only bright spot being her daughter. Early on she learned early that you can only depend on yourself and no one else. To say she’s jaded and rough around the edges would be an understatement. But what would happen if someone actually took the time to know her? To see her? Would she soften?
Drew thought his life was going one way but promptly sees it changing course when he meets Sara. He’s almost done with graduate school and is ready to enter the big bad world. Sara sees him as a guy with a whole lot of life left and doesn’t want to push her baggage onto him, but what she doesn’t realize is that they are a lot more alike than she thinks.
I loved Drew and Sara. They just worked. I loved that he was slightly younger than her which I know some people will hate, but it is what it is. I love how Sara puts her daughters wants and needs above all else and I love how Drew just accepted it, no questions asked. Put the three of them together and its fantastic.
There was this piece Rose wrote that got me. It was about all the promises Sara made to herself about how she wasn’t going to be like her parents. She was going to do everything she could for her daughter. Sara would tell her she loved her several times a day, and more and I just got it. I’m a parent too, and even though I have my awesome husband and Sara had no one, I’ve been there. We made similar promise to our kids so for me, it hit kind of close to home.
I was sucked into the story from the get go and it played out like a movie in my mind. I can totally see myself reading Simmer again in the future. Scroll up and one-click!

Simmer was such a wonderful story to read. The title was perfect for this story. I felt such a heartwarming love story. This book is a standalone.  The genre I would say is contemporary romance. This is the first book I’ve read by this author.

The main characters of this book are Sara and Drew. Sara who is older than Drew has baggage, a daughter named Victoria. I really liked her character as she was such a loving mother and wanted what was best for her.

Drew was my favorite though as he was swoon worthy. Even though he was younger he knew what he wanted. I loved how he was charming and didn’t mind that Sara had a daughter.  I also liked how he pushed Sara to believe in love and fight for it.

Holy heavens the heat. It didn’t simmer, it boiled and burned!  Sara and Drew had a pleasant connection that wasn’t forced. Yes, they had chemistry.

Stephanie wrote this book flawlessly. The way she mentioned other characters that were needed in this blended nicely.

I read this book in a few hours, so it grabbed me from the beginning. Simmer was such a wonderfully easy read. If you like contemporary romance and want to read a “what could happen in real life” story then go one-click. I will look forward to reading more books by this author. 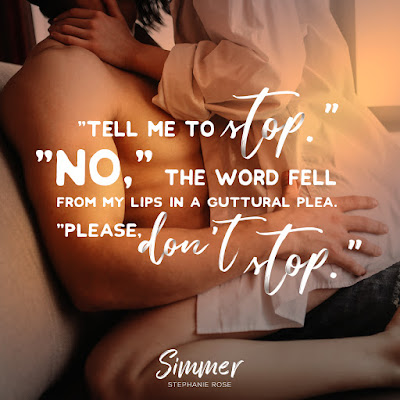 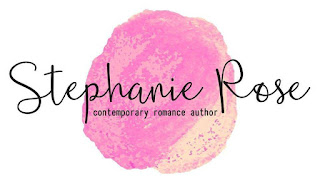 Stephanie
Rose grew up loving words and making up stories. Being able to share them with
readers is her dream come true. This lifelong Bronx girl loves Starbucks, wine
and 80s rock. Her voice often gets mistaken for a Mob Wives trailer.

She married
her prom date and has a LEGO obsessed son. She believes there is nothing sexier
than a good guy who loves with all his heart and has made it her mission to
bring as many as she can to the page. 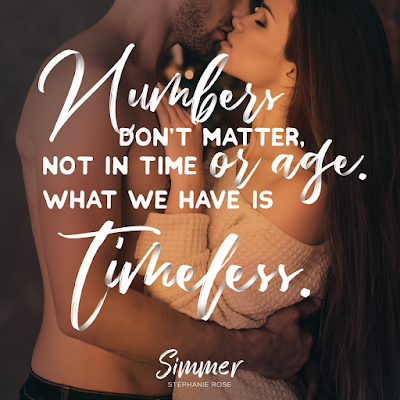