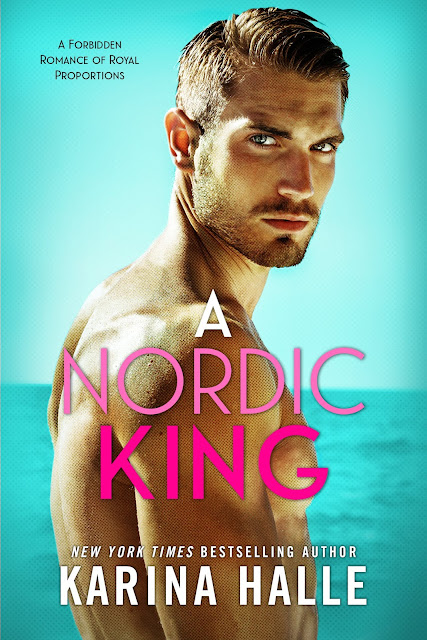 SYNOPSIS: When I first applied for the job I thought it would be like all the others: working as a nanny for an aristocratic family.
Then I got the job and found out how wrong I was.
Now I’m the new nanny for two adorable little girls who happen to be princesses.
Their father is the widowed King of Denmark.
And my new home? The royal palace in Copenhagen.
Adjusting to my new life isn't easy but the hardest part hasn’t been the girls who still grieve over the loss of their mother.
It’s their father.
Cold, mysterious and moody, with an icy stare that seems to penetrate your soul, King Aksel may have hired me to take care of his daughters but he wants as little to do with me as possible.
Yet the longer I share these palace walls with this man, the more that I’m drawn to him. His chiseled face and sexual swagger are only part of the package. It’s in the long, intense glances at the dinner table, the way we’ll brush up against each other in the halls, the rare glimpses of the man deep inside, like the sun passing through clouds.
But no matter how I feel about him, we can never be together.
You think it's bad enough being in love with your boss?
Try falling in love with a king. 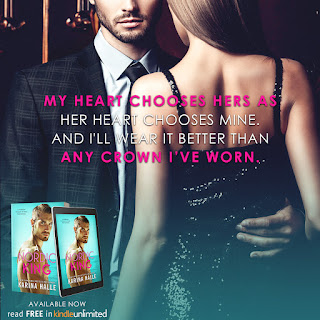 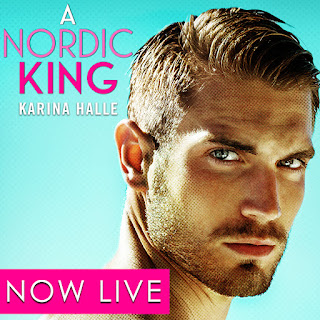 Our Review:
“The king and the nanny, 5 stars”

These two have mastered the art of verbal foreplay! Holy guacamole is the tension between these two hot! Aurora and Aksel both deserve a second chance at happiness after the hands they’ve been dealt. Halle wrote us a story that sucks you in until the very last page.
Aksel has a secret, but then again, most Kings do. With the loss of his wife he needs help with his girls. When he meets Aurora who wants to be the nanny he wants to say no. she’s to…pretty? There is just something about her that makes him feel which is the last thing he wants. But then things start to change between the two of them.
Aurora loves the King’s girls, but he leaves something to be desired. This isn’t where she saw herself but she’s happy with where she is. Then she starts to feel more for the king. Does he return the feelings or is this all one sided?
A Nordic King is one of those stories that’s hard to review because you just want to gush about the book but can’t because you don’t want to give anything away. Aurora and Aksel have a crazy hectic life and fall in love in the middle of it.  If you love a good royalty story with a side of drama you definitely need to check out A Nordic King.
Plot-5/5
Characters-5/5
Heat-5/5
Writing style-5/5
Overall-5/5 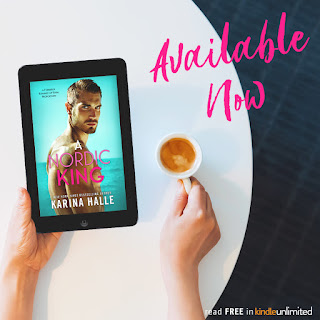 Meet Karina:
Karina Halle is a former travel writer and music journalist and The New York Times, Wall Street Journal and USA Today Bestselling author of The Pact, Love, in English, The Artists Trilogy, Dirty Angels and over 20 other wild and romantic reads. She lives on an island off the coast of British Columbia with her husband and her rescue pup, where she drinks a lot of wine, hikes a lot of trails and devours a lot of books.
Halle is represented by the Root Literary and is both self-published and published by Simon & Schuster and Hachette in North America and in the UK.
Connect with Karina:
Facebook: https://www.facebook.com/authorkarinahalle/
Amazon: http://amzn.to/2vo9pq4
Instagram: https://www.instagram.com/authorhalle/
Join her Reader Group: https://goo.gl/wpCBSS
Stay up to date with Karina by signing up for her newsletter here: https://goo.gl/Ve4eCh
http://authorkarinahalle.com