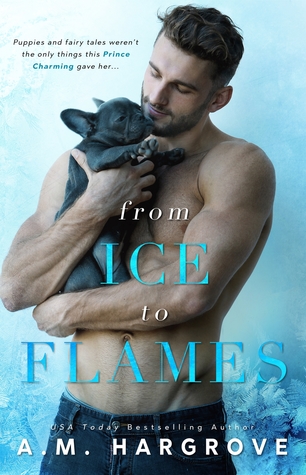 Title: From Ice to Flames
Author: A. M. Hargrove


Two years ago I walked away from a marriage I thought would last forever and all I got from it was Dick …
and I don’t mean the one between my stupid ex’s legs.
I’m talking about the one-hundred-sixty pound furry kind said ex dropped off at my doorstep.
But I’d take Dick over any man, any day.
So why did I resemble my dog, panting and drooling, whenever I ran into Hudson West, my sexy neighbor?
True, the gorgeous veterinarian was hotter than sin.
And my new roommate only made it impossible for me to avoid conversation with a man I didn’t need.
Until … some asshole decided to run Dick down.
And it was hotter than hell Hudson who came to his rescue.
Then it became impossible to ignore him.
It was only supposed to be a fling, a quickie, a one and done, I’d given into.
We both had reasons to keep it that way … my one rule and his five-year-old son.
Except things didn’t quite work out that way.
One turned into two, then three, annnnd you get the picture.
Before we knew it, he gave me a lot more than puppies and fairy tales.
I was in way too deep.
And that stupid rule?
I should’ve stuck to it because now more than my heart was at risk.

This is the second book in the West Brothers Novels. It is a complete stand-alone, full-length, contemporary romance.

Hot guy and a puppy on the cover, YES PLEASE. When I picked up this book I had no idea that I had missed the first one in the series, luckily each book can be read as a standalone, this is my first A.M Hargrove novel and I tell you I was hooked.

Divorced – Check
Fresh start – Check
Both Hudson and Milly have had a rough few years, coming from heartbreak and loss the neighbours begin a friendship after a winning bid at a bachelor’s auction. Both were not looking for anything serious, Hudson has Wiley to think about and didn’t want his heart to be broken by a mother figure abandoning him yet again. Milly was finding her own feet, beginning a new life for herself when everything changes and leaves her fleeing like a ghost in the night breaking hearts in her path.

Hudson and Milly chemistry was through the roof from the get go, they had a instant attraction and when they ended up in each other’s arms they were explosive. The humour throughout the book had me giggling, having a dog named Dick was quite possibly the funniest thing I have ever heard.

This is my first A.M Hargrove novel and I can say that I am added her to my Authors to watch list, the way she told this story was seamless and on point, loving the dual POV’s throughout and leaving me hanging onto every word as the book neared the end.

I personally enjoyed this book, I felt that it was slow to start but once Hudson and Milly got their acts together their relationship blossomed and so did their progress. I haven’t read book 1 ‘From Ashes to Flames’ but I have added it to my want to read list and I am looking forward to Pearson’s story next in ‘From Smoke to Flames’. 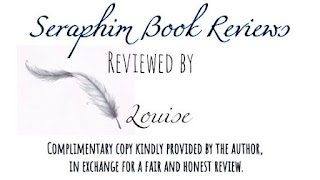 What a cute romance novel. From Ice to Flames was a cute book. This is a stand-alone book in this series. I read it without reading book one so you can too. I enjoyed this book. This book has heartbreak, heat, and romance. Everything you need for a good book!
I enjoyed the plot of this book. I especially liked the divorcee aspect. I think a lot of the single dad books I’ve read, the female has always been relatively unscathed when it comes to relationships. I like that she had a similar experience when it came to long-term relationships. I think this added to the plot. I enjoyed every little bit about it.
I liked Milly’s character. She was a bit of a spaz at times, but I think we all are when faced with a gorgeous man. I loved her no men rule. The reason you ask? I had a similar rule after many failed dating attempts. I decided to take a short break and then met my husband two weeks later. Fast forward ten years and well you know. I think you find love when you don’t expect it and I feel this story really encompasses that. Hudson is a great character as well. I think the most attractive thing about him is how great he is with his son. Seriously? Is there anything hotter than a great dad? Ovaries overload. I also like other aspects about him.
I liked that the chemistry between these two were there from the beginning. It was obvious that they were attracted to each other even if each had their own reasons to fight it. I think because of this, things were twenty times hotter between the two of them. This part of the book was perfect.
I really enjoyed the writing style of this book. The pace was steady. I liked each of the characters along with the minor characters. I loved that the author included a dog because I mean how can you not love dogs? Besides the writing, I mean who wouldn’t one click a book that has a hot guy holding a puppy on the front?
Overall, this was a great book. I really liked the characters and plot. The heat in the book was on point. The instant attraction felt organic and not forced like most Insta-love books. I feel they had enough time to really fall into things. I would recommend this book to others.
Ratings:
Plot: 5/5
Characters: 5/5
Heat: 5/5
Writing Style: 5/5
Overall: 5/5 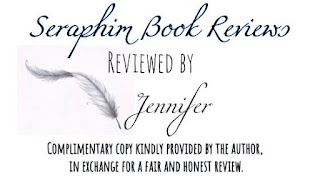