Review-Just an Illusion Side A-D. Kelly 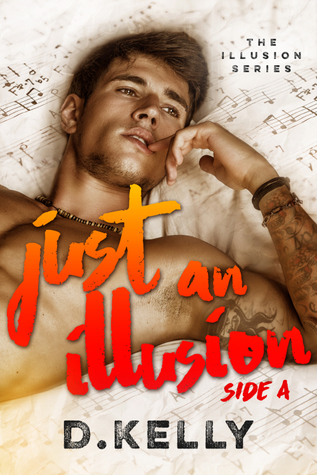 Title: Just an Illusion Side A
Author: D. Kelly

One night changed her life…

Bestselling author Amelia Greyson has grown up in the music industry and isn’t the slightest bit fazed by fame or celebrities. However, when she attends a Bastards and Dangerous concert with her best friend Belle, her world shifts on its axis.

Sawyer and Noah Weston are the front men of BAD. They’re fraternal twins and sexy as sin. When they hear the author of The O Factor is in their green room, they’re intrigued. She’s just the person they need to write their farewell story. The brothers offer Amelia the opportunity of a lifetime, which she reluctantly accepts.

Noah is sweet and considerate, working hard to make Amelia feel at home on the road. Unfortunately, the closer they get, the more obnoxious Sawyer becomes. Sawyer is arrogant and distant and he wants Amelia, even though she’s not his for the taking. Only during stolen moments does Sawyer show her who he really is.

Can Amelia maintain a safe distance from Sawyer and keep her heart intact? Or will she shatter Noah’s heart by giving hers to his brother instead?

I just blew my own mind when I realized this author wrote another of my favorite series (The Acceptance Series). Whoa! I've read the three Just an Illusion books and loved the writing style and knew it reminded me of a book series I read a few years ago... Both series are full of gut wrenching emotion that leaves the reader in need of tissues.

This book is about taking chances, and as Belle would say, “living today like there's no tomorrow.” Amelia has a series of nights that impact her life. They're all full of passion and love, some for good, some for worse; but they all create ripple effects that create her future.

Amelia Grayson doesn't start the book as a fan of BAD. But her best friend Belle is. And they're more than friends, they're sisters; so Amelia goes to the concert and is in for the ride of her life. The boys of BAD are more than handsome bad boys. Noah and Sawyer are twin brothers with very different personalities. Wyatt and Darren round out the band and are integral characters of the book. Darren and Belle hit it off; and while Wyatt is already taken, he's a down to Earth addition to the voices. The first time Amelia meets the band, she's able to put Sawyer in his place and fit into their world in a way the boys have no idea of just yet. Sawyer does his best to embody the name of the band, while Noah is ready to start the next chapter in his life. The details and raw emotion and painstaking realiity infused into each of the members of the band and their families create the most inspiring and marvelous cast. The men are the things of book boyfriend legends, yet still manage to be good people. The women are strong and capable as well loving and caring.

Rock stars exude sexy, so it's no surprise that despite her initial non-fan status, Amelia still finds Noah and Sawyer good looking. But it's the way their personalities come out and mesh and interact that make all the relationships work. All the different relationships play out with such vivid reality. Nothing is forced, nothing is awkward (unless the author meant it to be), nothing is insincere. Because of those things, all the intimacy, even the nooky and screaming-hope-the-soundproofing-holds times are so much more than just sex.

I adored the way this book flowed. Like I mentioned, the author has a memorable writing style. It sucks you in, so be prepared to read the whole book in one setting no matter the time or other responsibilities. Ms. Kelly was able to open the world of rockstar musicians to the average concert-goer. The way the book opens teases to the heartbreak that will happen, without giving anything away.

Just a warning, this book ends in a cliffhanger. Be prepared to have to purchase Side B and then binge read it. And then you're going to need to get the third book, the EP... Remember to live today like there's no tomorrow!

“Being kissed by Sawyer made me believe in the devil. There's no way someone can make me feel that good and turn me on that fast without being completely draining on my soul.”
“...if someone makes you feel that good, you need to believe he came from God because that kind of pleasure can only come from heaven above.”


“Sometimes, the bravest thing we can do is let go of our past. The present is now, and you only get one shot at it.”
“There's no beat to my music without her because there's no beat left in my heart.” 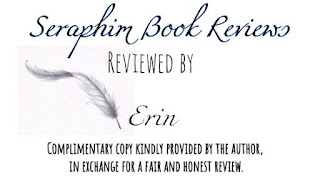