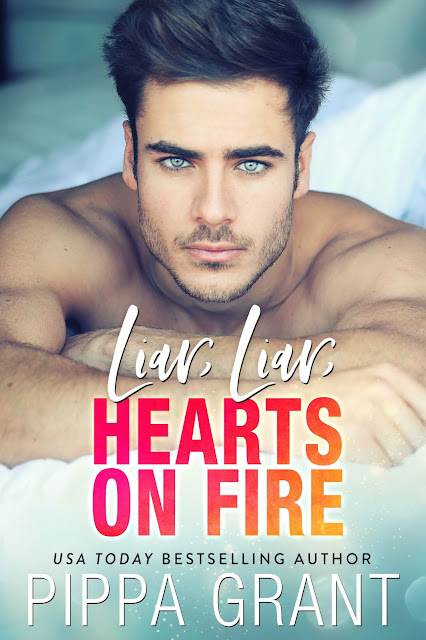 Never borrow pants from your brother. Especially if he’s a size smaller than you are, because all that pressure in the junk will short-circuit your brain.

And you’ll lie to a woman in a club about your real name.

Leave her unsatisfied after making out in a bathroom.

Then find out that she’s the one thing standing in the way of your dreams. And she very much doesn’t like being lied to.

Now I have to convince Lila Valentine—the woman I can’t stop thinking about, my biggest regret, and my new boss—that I’m what’s best for the baseball team she’s inherited.

If we can’t work together to save the Fireballs, the commissioner’s forcing a sale and moving them across the country.

I’ll do anything to save my home team.

But the one thing I can’t do?

Keep my hands to myself.

Which would be fine, if she hadn’t been telling me lies this whole time too.

Liar, Liar, Hearts on Fire is a rocking fun romance between a single dad obsessed with baseball, an heiress with secrets, baseball pants, a rundown team, and rabid ducks. It stands alone and comes with a guaranteed happily-ever-after.


Liar, Liar, Hearts on Fire is book 3 in the Bro Code series; a great story that takes you on a rollercoaster of emotions.

Tripp is a single overprotective Dad that in trying to find balance, when the opportunity comes up to be part of something he loved as a child he jumps for it, but who would have thought that it could railroaded by a baby chipmunk. Lila is thrown in the deep end taking on a failing Baseball team and a pair of ducks that have take up residence in 1 of their dugouts.

I personally love this story, Grant continues to create hilarious stories, with very cute random animals throughout that make you want to throw adulting out the window and read all day. I really enjoyed catching up with previous characters from books 1 & 2.

I look forward to the next install from the Bro Code series.

Oh, how Grant can make me laugh! Grant has this way of writing things that are so ridiculous that you cannot help but picture them happening. Those things that you have to see to believe. Well true to her writing style she managed that in Liar Liar Hearts on Fire. I loved Tripp, Lila and gang. Do yourself a favor if you need a laugh and scroll up and one-click.

Tripp needs to do something for himself instead of channeling all his energy into his kids. But since his wife died, he’s taken their well-being extra serious. The night he met Lila he could take a break and step back. What he didn’t expect was to ever see her again. Will the one woman whose made him feel since the loss of his wife give him a second chance?

Lila didn’t expect Tripp the first time she met him or the second. Can she condemn him for his secrets when she has some of her own? He’s OCD and maybe slightly neurotic but she wants him. The question is will he still want her when all is said and done? Is she willing to step up and be in his kids live where she’s never thought about it before? I mean its normal to want to hold on and protect other people’s kids right? 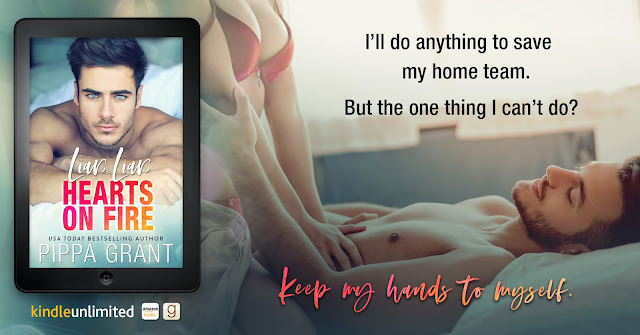 GOODREADS LINK: https://www.goodreads.com/book/show/48659250-liar-liar-hearts-on-fire
PURCHASE LINKS
US: https://amzn.to/2Qlsqph
UK: https://amzn.to/2QqhMxg
CA: https://amzn.to/3b90Ovg
AU: https://amzn.to/2Qqvqk1
Free in Kindle Unlimited
Also available in paperback: https://amzn.to/2whwVKD
EXCERPT
The squawking erupts again nearby and saves me. There are no visible chickens on the field, and it gets louder as we approach the dugout on the first base side.
Louder and more intense.
Very intense.
Like, are there chicken police? Because we might need the chicken police.
I drift directly behind Tripp while we approach the noise, shameless in using him as a human shield if this is a chicken uprising. What's that movie? The one with the apes that rebel and take over the world? That's what this sounds like, except with feathers and clucks instead of chest-pounding and grunts.
"Should we call security?" My self-defense classes didn't cover protecting yourself from rabid chickens.
"That'd be a foul," he murmurs. And then chuckles to himself, and oh my god.
"Foul—fowl? Like a bird-fowl? Did you just make a dad joke at a time like this?"
"A time like this? You mean a random Tuesday night at a deserted ball field?"
"At a time when the chickens are gathering for a ritualistic sacrifice of one of their own."
His shoulders shake, and he seems to be struggling to cough.
"Oh, god, did you inhale a feather? Is that how this starts? They shed their feathers to choke us to death?"
"Please don't talk about chickens and choking in the same sentence."
"That was not a dad joke."
"No, it was—oh. Duck."
I squat low, spinning to see what I'm ducking from.
Tripp flips his flashlight on me. I squint and cover my head. "Stop! I can't see! What's coming?"
"Lila. Ducks. Ducks. Not chickens. It's mating ducks."
He swings the flashlight to the dugout, and—oh.
Oh.
"Is it...supposed to be that violent?"
There are two ducks under the bench in the dugout, one flapping its wings and chasing the other, who's squawking so loudly she could wake the dead.
And— "Ohmygod, I did not need to see that!"
Duck penis.
Duck penis.
Oh my god. Duck penis. Duck penis should not look like that.
Tripp's bent double laughing.
"Where's security?" I demand. "Hello? Security? Security? I'll give whoever removes this duck a ten-thousand-dollar bonus. Right now."
No one comes running for ten grand, because no one can hear me.
The squawking. It's a cry for help.
"It's nature," Tripp says. He's wiping his eyes now, he's laughing so hard. "Give 'em a few. They'll finish up."
The girl duck is racing back and forth under the bench.
The boy duck is chasing her with that thing.
And I am not having it. "Shoo. Shoo!"
"Lila!" Tripp calls, but I'm already gone.
Flapping my arms. Yelling. Charging the dugout and the ducks.
Why are they even here? There's no pond here. Winter's coming. They should be flying to the Caribbean for Mai Tais and sunshine.
And instead, they're ruining the sanctity of my ballpark.
"Shoo!" I yell again.
I hit the stairs down to the long covered bench, and the boy duck suddenly seems to realize I'm coming at him.
He turns, pointing that thing at me, flaps his wings, and gets this evil glint in his eyes that means I really should've thought about what I was doing before I came in here.
"Woo her nicely," I snap.
He squawks—no, quacks at me.
Crap.
I need to go back to kindergarten to learn my animal sounds again. I'm a city girl. We don't do farm animals.
"And put that thing away!"
"Lila." Tripp's laughing so hard he's wheezing. He grabs my elbow and tugs. "Let the ducks be."
"I'd let it be if he wasn't attacking her."
"Maybe that's how ducks have sex."
"Then maybe ducks shouldn't exist."
"QQQUUUUAAAACCCCCKKKKK!" the boy duck yells.
It's like a Braveheart yell, and I realize I'm asking the wrong question.
I shouldn't be asking why is the duck assaulting the other duck in a dugout?
I should be asking what have humans previously done to this duck because he's going to kill me?
It charges, wings flapping.
I scream and take off running. Tripp mutters a well-timed, oh, fuck and runs with me. "The other dugout," he shouts, pointing to the dugout on the third base side.
Another light flashes up in the stands.
"Security!" I yell. "Arrest the duck! Arrest the duck!"
It's gaining on us. Quacking louder. And it can fly. It can fly.
It's going to swoop over us, poop on our heads, and whack us with that—that—that mutant penis and then scoop us up in its talons, and—"Aaah! It got me. It got me!"
It bit me on the butt.
"Don't fuck with nature," Tripp grunts.
ALSO AVAILABLE IN THE BRO CODE SERIES 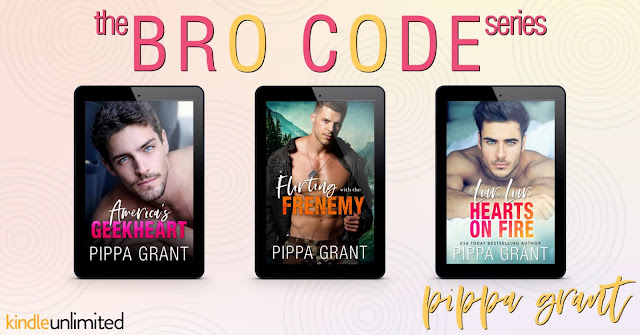