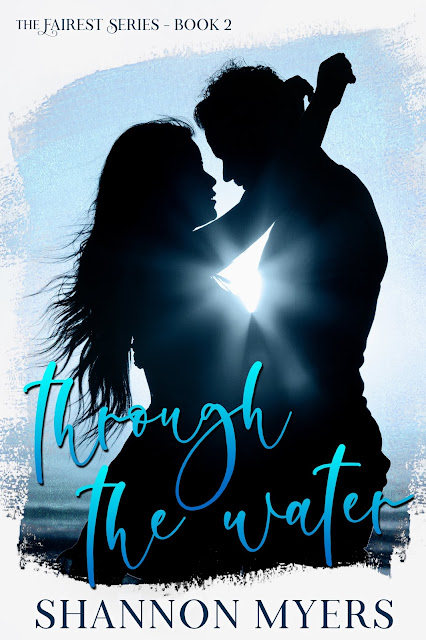 Ten years ago, I saved his life.

The daughter of a megachurch pastor, I always assumed that the walls were there to protect me. Now, I see that they're meant to hold me captive. My father's followers were my family, his church my home, and his teachings my law.

When Killian re-entered my life, I was nineteen. A lost soul in need of a savior. He started out as a distraction. A distraction that quickly grew into compulsion. I tried to stay away, but he stirred up something within me that was more real than anything I ever experienced inside the church.

What happens when a girl from the inside falls in love with a boy on the outside?

He's a baseball player, known around the entire world, and I'm—well, I'm nothing more than a hostage of my faith.

Perhaps it's fitting that his name means church as he is my sanctuary.

Ten years ago, I saved his life. If only he could save mine.

Let me start off by saying that Through the Water was in no way bad. I just don’t think I was in the right mind set when I read it which is why it gets a three. I enjoyed the characters and their dynamic. I liked the twists and turns. I just didn’t love it. But like I said that could just be me and the mood I was in when I started it.

Killian is all about baseball. When he gets hurt and ends up in rehab he didn’t expect to his soulmate. Ariana is the quiet obedient daughter of a mega-church pastor who is in the rehab center after a bad car accident. She’s never clicked with a man before and for her to do so with Killian is…uncomfortable. He pulls her out of her shell. But when her family’s secrets come to light and Killian’s baseball career is put on the line will these two be able to weather the storm? 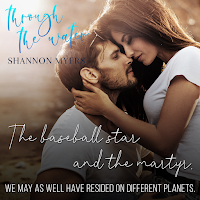 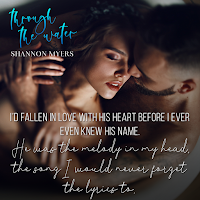 Meet Shannon Myers:
Shannon is a born and raised Texan. She grew up inventing clever stories, usually to get herself out of trouble. Her mother was not amused. In junior high, she began writing fractured fairy tales from the villain's point of view and that was the moment she knew that she was going to use her powers for evil instead of good.

In 2003, she moved to Denver and met the love of her life. After some relentless stalking and a few well-timed sarcastic remarks, the man eventually gave in to her charms and wifed her so hard. They welcomed a son in 2007 that they named after their favorite Marvel superhero, Spiderman.

Sick of seeing beautiful mountains through their window every day, the three escaped back to the desolate landscape of the west Texas desert in 2009. She welcomed her second son not long after and soon realized that being surrounded by three men was nothing at all like she'd imagined in her fantasies.

After an unplanned surgery in 2014 and a long pity party, she decided to pen a novel about the worst thing that could happen to a person in order to cheer herself up. She's twisted like that. Thus, From This Day Forward was born and the rest, as they say, is history.

Not only does Shannon enjoy stalking people, she also has a fondness for being stalked. Find her on your favorite social media site to keep up with the latest schemes and shenanigans.