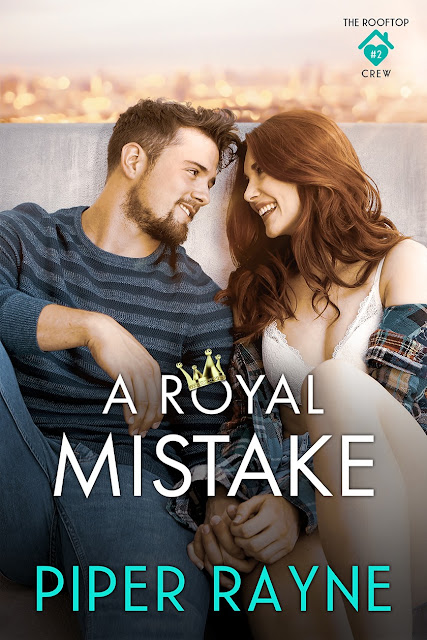 He’s not your average Joe from the corner bar.
He’s the heir to the crown.

I should know, I’ve followed him for years.
Not in a stalkerish way. Magazines and online gossip blogs are fair game when you’re royalty.
But I do know every detail about him, down to the brand of boxer briefs he wears.

All my studying  of the man who plays a starring role in my dreams pays off when I win a dinner with him. As if that wasn’t enough, he barters a deal with me that has him moving into my spare guest room.

I forgot that fairytales don’t exist though because just as I’m about to get everything I want, including the prince, I find out there’s someone in Prince Adrian Marx’s life I don’t know—his fiancée. 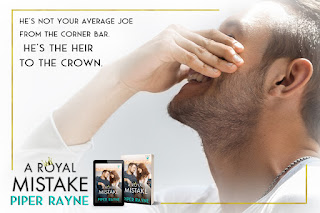 Johnaka's Review
“A prince and the reporter, 5 stars”

Prince Adrian would rather be anywhere but here about to meet the woman who won a date with him. Then he sees Sierra, gets to know her, and she captivates him. He’s never wanted his title but Sierra really tempts him to walk away from it. The question is will he? Is he just enamored with her or is this thing between Sierra and him the real deal?

Okay so Sierra might have a tiny thing for Prince Adrian. It’s mainly because he intrigues her though. First impression? Not great. The second though she could see it. A reluctant date turns into so much more than she could have ever imagined. When things start to get serious will Sierra pull back like she’s done in past relationships? Or will she actually give the prince a shot?

I enjoyed A Royal Mistake. The banter between the two was awesome. The Rooftop Crew totally embraced Adrian and made sure to push Sierra when she needed pushed. Piper and Rayne weaved a story that sucked me in and then spit me out at the end. I cannot wait to see what they do next. If you love a good royal story about a prince who doesn’t fit the mold look no further.

Louise's Review
A Royal Mistake is book 2 in ‘The Rooftop Crew’ Series; i couldn’t wait to get my hands-on Adrian and Sierra’s story.

Win a date with a Prince every girls fantasy, until you meet the Prince and he isn’t at all what you thought. Adrian was not interested in this date until he met Sierra and got to know her; he never wanted to be King especially if that meant he had to marry someone he didn’t love his parents being a shining example of that. Giving up everything for true love without putting his siblings or anyone he cares about in a position they don’t want might be the hardest choice he has ever made.

I personally really enjoyed this story, after meeting Sierra in book 1 she has redeemed herself and we finally get the real Sierra. I am looking forward to reading book 3 ‘The Rival Roomies’; Dylan & Rian’s story. 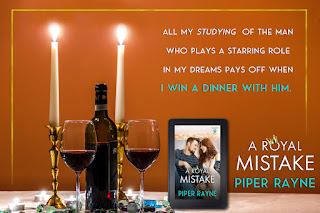 About the Author:
Piper Rayne, or Piper and Rayne, whichever you prefer because we’re not one author, we’re two. Yep, you get two USA Today Bestselling authors for the price of one. Our goal is to bring you romance stories that have "Heartwarming Humor With a Side of Sizzle" (okay...you caught us, that's our tagline). A little about us... We both have kindle’s full of one-clickable books. We're both married to husbands who drive us to drink. We're both chauffeurs to our kids. Most of all, we love hot heroes and quirky heroines that make us laugh, and we hope you do, too.