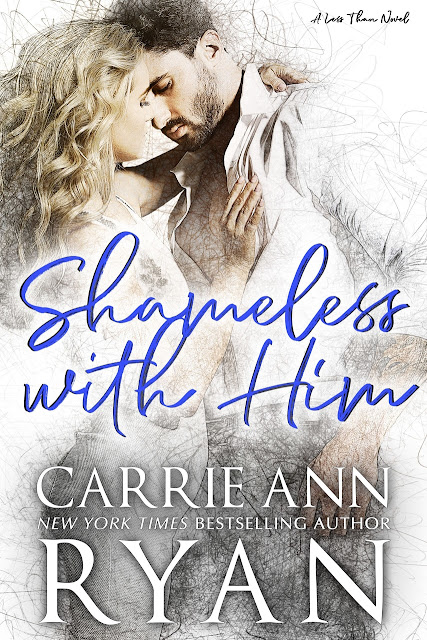 Caleb Carr might have once been ready for commitment, but when the unexpected slams into him with the force of a two-ton truck, he knows he has to run away from anything that might be important. Zoey might well be his final temptation, but to keep her whole, he’ll walk away.

Zoey Wager has loved Caleb since they were eight. And has had her heart broken from afar repeatedly ever since. It doesn’t help that every time she sees him—even when she’s running away halfway across the world—he’s with another woman. She's watched him fall in lust her entire life. Now, she's ready to watch him fall in love. With her.
Chance encounters of the sequined kind, best friends who aren’t really just your friend, and childhood meet cutes that are anything but cute force the Carr siblings to face what life has brought them. Again.


Zoey and Caleb have always been friends. Not close ones but ones who you could always call in if you need someone. When Caleb’s life is put on pause because of the unknown he didn’t expect for his feelings for Zoey to grow. But once he sat back, he realized that they have always been there. Is he at a spot in his life where he can make a move? Or would it ruin a lifelong friendship?

Zoey has been in love with Caleb for as long as she can remember, but she’s never been his. She’s seen him with woman after woman and she can’t hate him for it. They all have nothing bad to say about him and he’s a gentleman. When he moves back to town without a woman, she can’t help but see it as her chance to make a move on him. Will she get her dream guy? Or are our dreams sometimes better than reality?

I enjoyed these two. They worked flawlessly together. The secondary characters were great for the most part too. I wanted to hate Caleb for his secrets but at the same time I couldn’t blame him. I really enjoyed Shameless with Him but I didn’t become consumed with the story and that’s why it gets four stars instead of five from me. 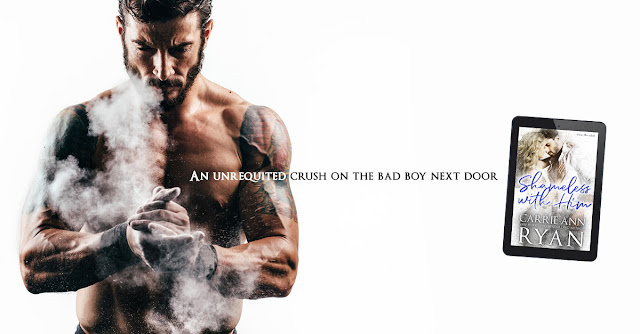 ALSO AVAILABLE
#1 Breathless With Her

Carrie Ann Ryan is the New York Times and USA Today bestselling author of contemporary, paranormal, and young adult romance. Her works include the Montgomery Ink, Redwood Pack, Fractured Connections, and Elements of Five series, which have sold over 3.0 million books worldwide. She started writing while in graduate school for her advanced degree in chemistry and hasn’t stopped since. Carrie Ann has written over seventy-five novels and novellas with more in the works. When she’s not losing herself in her emotional and action-packed worlds, she’s reading as much as she can while wrangling her clowder of cats who have more followers than she does.
AUTHOR LINKS
Website: http://carrieannryan.com
Facebook: https://www.facebook.com/CarrieAnnRyanAuthor
Instagram: https://www.instagram.com/carrieannryanauthor
Newsletter: http://carrieannryan.com/faq/how-do-i-sign-up-for-your-newsletter
Twitter: https://twitter.com/CarrieAnnRyan