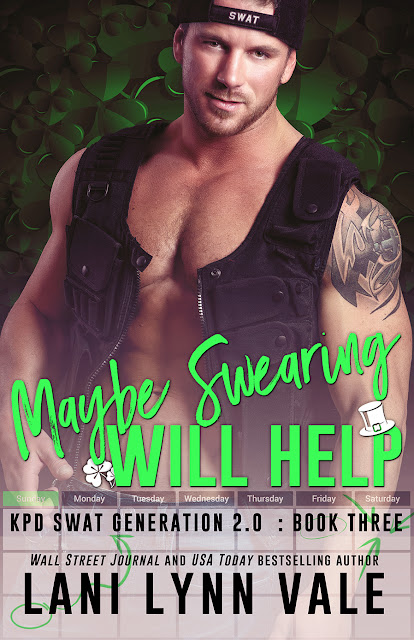 Ford Spurlock has known Ashe Trammel since they were babies.
He’s also done his level best to stay away from her because every time he gets to within five feet of her, they’re fighting like cats and dogs.
Ashe is the apple of her father’s eye. The motorcycle club princess that was never to be harmed in any way—or touched for that matter. And he’s always resented the fact that she could get away with things that he couldn’t. Things that she then blames on him and he always gets punished for.
Fast forward to adulthood, and Ashe is still off limits. Still driving him insane. Still…beautiful.
She never misses an opportunity to give him hell, either.
That has to be why he agrees to do a photoshoot for KPD SWAT that’ll benefit her charity even when he’d rather shoot himself in the foot with his duty weapon.

Ashe never thought he’d agree.
Honestly, she thought she’d ask him, he’d say no, and that’d be the end of it.
She never realized that she’d leave his photo up in her cubicle, and it’d be the last thing that she saw every night as she locked her office door.
When they were kids, Ford used to be that boy that threw dirt at her and pulled her hair.
Now, he’s the same Ford Spurlock, only a whole lot sexier. And a lot harder to say no to.
When he challenges her to one date, she has no other recourse but to agree.
What she didn’t agree to was falling in love with Mr. March. Or wanting to give him everything she had to give.

So, for me Vale is one of those comfort writers. I know I’m going to like whatever she puts out. If I’m in a funk I can pick up one of her stories and find myself out of said funk. I don’t know why but it’s true. Maybe Swearing Will Help is one of those stories now. I love the random facts and jobs Vale throws into her stories making them different. You should totally take a chance on Maybe Swearing Will Help.

Ashe and Ford have a long-standing relationship. They have known each other since childhood and are always going at it. But no matter what it’s them against the world, they don’t let any one else hurt the other. They say there is a fine line between love and hate, the question is what side do these two falls on? When they put down their fists will they find a new way to communicate?

Maybe Swearing Will Help is a fun love story where the characters have to stop denying their feelings and just go with it. They are hot, so hot and you won’t regret it. 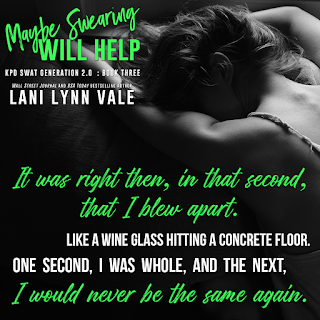 About the Author:
Lani Lynn Vale is a Wall Street Journal & USA Today Bestselling Author of over thirty titles. She is married with three children, two dogs, two cats, a donkey, and a couple (a couple also meaning over twenty) chickens.