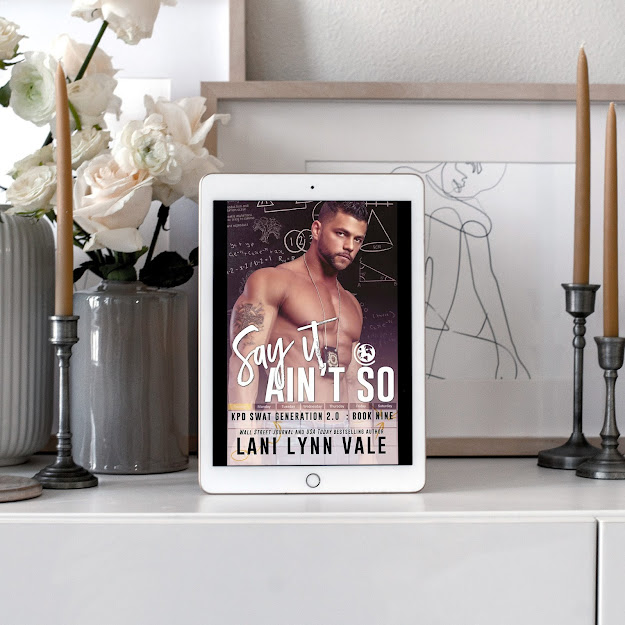 Say It Ain’t So

He should’ve never left his house. He should’ve stayed at home. He has a legitimate excuse—he’s running a fever and he’s fairly sure he’s developing pneumonia. He should have called in sick…but he doesn’t.

He goes to work, because his team is relying on him.

First, he has to sign about eight thousand calendars—all from women who purchased said calendars to benefit the Fallen Officer fundraiser. And when he’s done with that, he has to endure a television interview along with the rest of the SWAT team seeing as they made national news with their ‘Hot SWAT’ calendar that’s sold a million copies to women all over the world.

Needless to say, when Samuel Adams walks into the pharmacy hours later, he only has one thing on his mind. Ibuprofen.

Sadly, he never gets to the Ibuprofen. Mostly because before he gets there, he finds a junkie waving a gun around threatening to kill anybody that moves.

He’s running a fever. That has to be the reason that the girl in the corner begins cursing up a storm and drawing the junkie’s attention. Has to be.

And, of course, that’s when the curse words start flying.

The more nervous she gets, the worse her Tourette’s becomes. Which is, of course, why she stands up and gives the man a perfect target.

Thank God that the coughing giant in the corner makes the same move and saves her life.

And how does she repay him? By calling him every awful word in the dictionary.

Hastings and Sam have a meet-cute unlike any other. Poor Sam could not catch a break, but it lead him right to Hastings. I love how Vale writes unconventional characters when it comes to romance. She has a level of realness to her characters that most authors avoid, and I love that.

Say it Ain’t So is all about Sam and Hastings. He’s the Swat cop and she’s a writer with Tourette’s. He doesn’t see her as weird he just sees her. Hastings adds a little extra to his life and he doesn’t want it to end. You have all the secondary characters who just give the story a little something extra. I thought for sure Vale was going to break my heart with Say it Ain’t So. I was looking at the % left and looking at the pages left and thought there is no way she can do this to me now, this isn’t right, it isn’t fair! But then she pulled it together in her own magical way. If you are not ready for a book that will probably make you cry then save Say it Ain’t So for when you are. Either way, when you do read it I think you will love it.

BookBub: http://bit.ly/LLVbb
Posted by Jennifer at 8:00 AM