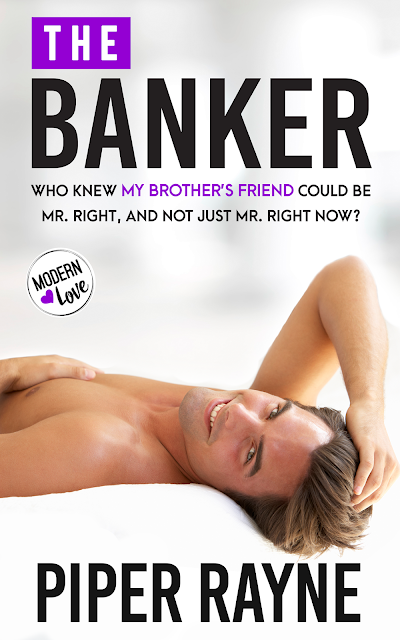 Who knew my brother’s friend could be Mr.
Right, and not just Mr. Right Now?

My brother refused to introduce me, so I blame him. If he’d just
caved, and introduced me to Jasper, I wouldn’t be in this mess. I mean, really,
what’s the big deal? I’m not interested in the guy’s looks.

Oh no, I want his cold hard cash. (Be honest, you were expecting
that other four letter ‘c’ word weren’t you?)

Now, before you go getting all judgy, I’m not a gold digger. I
have a legitimate business opportunity for Jasper to invest in. The problem is
that my stick-up-his-ass brother is embarrassed that his twin sister invents
kick ass sex toys. His problem, not mine.

So, I took matters into my own hands. Defeat isn’t a word in
Lennon Hart’s dictionary.

Using my stealthy P.I. moves, I narrowed my search to a time and
place where I knew I could find him. It was completely innocent. A chance
meeting that would give me the opportunity to pitch my business.

It wasn’t until I sat down across from the gorgeous panty soaking
man in front of me, that I realized I wanted so much more than just his money.
I could very well want his heart if I wasn’t careful.

Apparently my P.I. skills aren’t as stellar as I thought because
Jasper had his own secret—and it changed EVERYTHING. 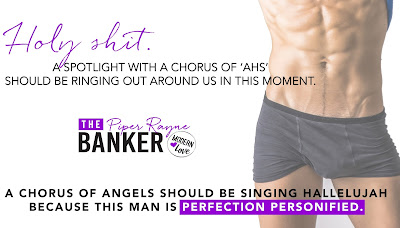 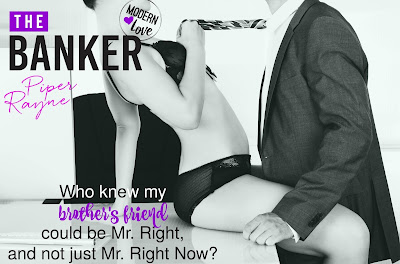 The Banker by Piper Rayne is book 3 in the Modern Love series. It's by far the best in my opinion! It starts right where book 2 ended. The writing was great, from the first paragraph to the epilogue I was hooked! All the characters were amazingly detailed (no confusion as to who is who (mind you need to read the first two books in the series first). Lennon sees a hot guy at the coffee shop. He whispers something to her and even without touching her it lights up her insides. Who was that guy?! Her brother Jacob, can't invest in her business and she wants Jasper Banks number. He won't give her his number so it just happened that a text came thru on his phone and Lennon happened to see what it said. Instead of getting a phone number, she'll know a place and time he'll be at. So she goes, and turns out it's a speed-dating night. She doesn't know which one it is until give coffee names from the day saw each other at the coffee shop. Turns out, that's Jasper Banks. Does Lennon ask him to invest in her business or does she forget about it because this thing between them is too strong to ignore? You'll have to read to find out! Lennon and Jasper are the main characters. Lennon has thought for years that she isn't good enough. I really liked Lennon personality and the way she thinks she isn't good enough she just has to lets go of that and give stuff a try.
Jasper is swoon-worthy! He cares so much but he likes to take control! He's also a successful businessman. They both have secrets, do they get in the way? Again, you'll have to read to find out. The chemistry is hot between them. Some parts of the story were funny, others needed a fan to cool off, and then there were parts that were really touching. I hate to see the story end. I really enjoyed reading this series. I really loved the storyline about the halfway point, it got really interesting.

A few quotes I liked:"He'd assume that I sought him out, which admittedly I did. Then not only wouldn't I get him to invest in the company, but I wouldn't get him.""Filets are feminine without an ounce of fat on them. They're lean and petite but hold a punch. And they melt in your mouth."I would definitely recommend this book and of course books 1 &2 to others!! If I could give this more than 5 stars I would!
Star Ratings:Plot- 5/5Characters- 5/5Heat-5/5Writing Style-5/5Overall rating- 5/5

99c or free in Kindle Unlimited 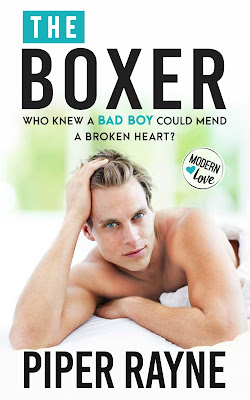 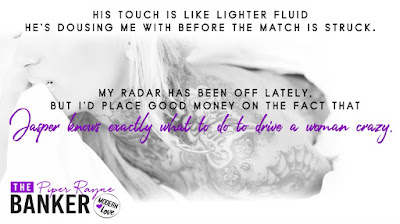