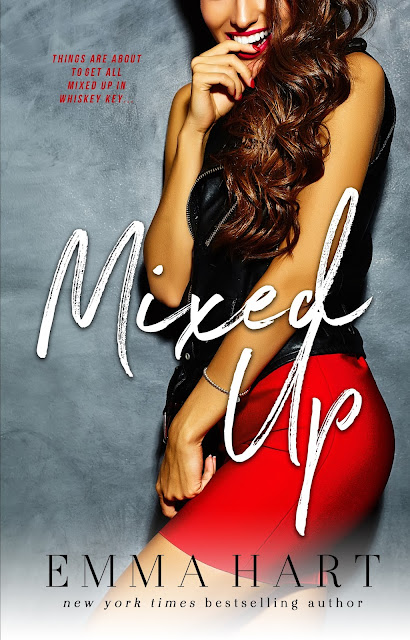 Hiring my brother’s best friend was not on my to-do list.

Expanding my dirty cocktail bar into food was supposed to be easy, except finding a chef in my little town of Whiskey Key is anything but.

Until Parker Hamilton comes home—bringing his Michelin starred chef’s hat with him.

He has no work. I need someone like him in my new kitchen.

Even if I might want him. Just a little…

Working for my best friend’s sister? Not on my to-do list.

Whiskey Key was supposed to be a relaxing vacation, except I haven’t reached the heights I have by lying in a hammock drinking cocktails. So when Raven Archer is desperate for a chef, I offer up my skills.

I’m bored. She needs what I can give her.

Except there’s a problem: I’ve always hated her.

Her and her big, blue eyes, sassy mouth, and killer curves.

If only I didn’t want her.

Raven and Parker have been at each others throats for the better part of twenty years. She has a Greek temper and he lives to set her off. Worst part is he’s her brothers best friend, was her neighbor growing up, and cherry on top their mom’s are also besties. Needless to say there is no avoiding each other, until he moves off for his career as a chef.

Raven must of done something to tick off the God’s in a previous life because her Greek family is descending, she’s without a chef and her only prospect is Parker who’s home for the summer. But somehow the hateful banter turns sexual. Raven definitely isn’t the woman he remembers and now he wants her.

Mixed Up is a romantic comedy that will keep you on your toes. The power struggle between Parker and Raven is fantastic. Then you have all the little pieces like secondary characters, food, and drink names that make the story.

Here are a couple quotes from Mixed Up I enjoyed;

“My sex life was so dry it made the Sahara look like a freaking ocean.”

“She was confident and strong, ruthless yet gentle. She was beautiful, always. But right now, doing absolutely nothing, Raven Archer was breath-taking. Me? I was screwed.”

By day, New York Times and USA Today bestselling New Adult author Emma Hart dons a cape and calls herself Super Mum to two beautiful little monsters. By night, she drops the cape, pours a glass of whatever she fancies—usually wine—and writes books.
Emma is working on Top Secret projects she will share with her followers and fans at every available opportunity. Naturally, all Top Secret projects involve a dashingly hot guy who likes to forget to wear a shirt, a sprinkling (or several) of hold-onto-your-panties hot scenes, and a whole lotta love.
She likes to be busy—unless busy involves doing the dishes, but that seems to be when all the ideas come to life.