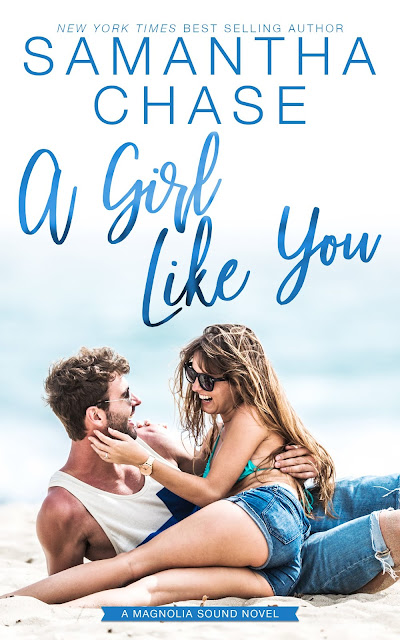 Sam Westbrook has always been the family hell-raiser, but as an adult he's enjoyed not being under the constant watchful eye of his family. That was until his great-grandfather passed away. Forced to move to the small coastal town of Magnolia Sound, Sam can't escape the reputation that has followed him since his teenage years. But he'll have to do it to get his inheritance.

Shelby Abbott was always the good girl – it's what happens when you're the pastor's daughter in a small town. Now, she's ready to leave that image behind. For years she's heard about wild Sam Westbrook, but she never though she would be the one to catch his eye. And being the center of Sam's attention isn't something Shelby ever prepared for.

Sam's time in Magnolia Sound has an expiration date and Shelby's not sure she's the kind of girl who can be just another one of his flings. But Sam's ready to make some changes. And a girl like her is just who he needs.


Don’t miss the other books in the Magnolia Sound series

Sam is a guy who never stays in one place long, until now. Now he is stuck in Magnolia Sound for at least a year. A town full of judgement because of his youthful antics. Positive note, he has his family, negative everyone in his family has a love life except him. Until he meets Shelby. Will she be able to make him see that he deserves his own HEA?

Shelby is the town librarian and preacher’s daughter. She’s always been under the microscope. Shelby wants her own HEA but doesn’t know how to get it. She can’t help but admit that Sam is attractive but there is no way he would be into a girl like her. Can she accept that he really does want her and all that comes with it? Or will she conform to her parents wishes when it comes to her love life?

I liked Shelby and Sam together. They were sweet together. They listened to one another and truly were together despite the wagging tongues around town. They were willing to do whatever was necessary to make the other happy and that was beautiful. I loved seeing old characters as well. I cannot wait to see where Chase takes the rest of the series.