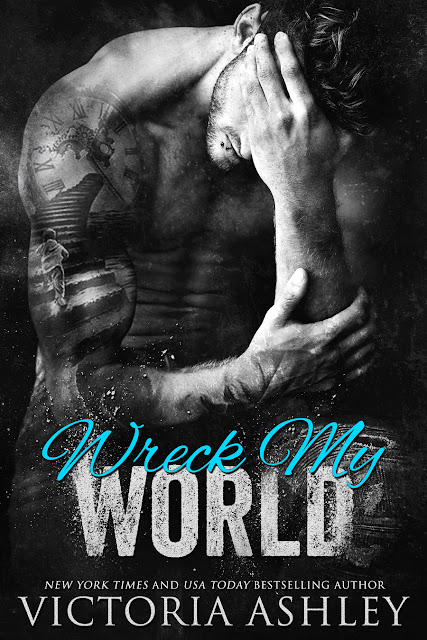 “The feeling I have in this very moment, after not seeing her for so long, will haunt me forever, reminding me why I left to begin with.”

For as long as I can remember, Easton Crews has been off-limits. As much as it kills me, that’s never going to change.

After his little disappearing act three years ago, then suddenly showing up out of nowhere, I shouldn't want anything to do with him.

It doesn’t matter how beautiful he still is. Or how close we once were. It shouldn’t matter that my entire body lights on fire with need whenever he gets close.

He chose the worst possible time to leave without so much as a goodbye.

However, just like the first day he walked into our home, I'm drawn to him, needing him near me just as badly as I need air to breathe, and I can't stand it.

I want to hate him. I know I should hate him. But hating him is the last thing he'll let me do.

I push, he pulls harder, until I'm completely wrapped up in him, my mind lost in the one person who is forbidden—the one person I’ve always loved, even when he belonged to someone else.

Easton was never meant to be mine. It took me years to come to terms with that and now that I finally have, he's here, right in front of me, more irresistible than ever.

The part I fear the most about that—he’s the one person capable of completely wrecking my world.

“I’m not leaving until you take all of your hate out on me. Let me feel it. All of it. Every dirty look. Every nasty word. I will have it all before I leave. Stop hiding from me.” 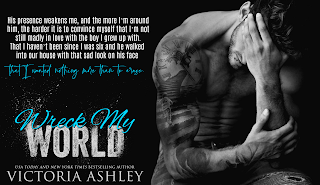 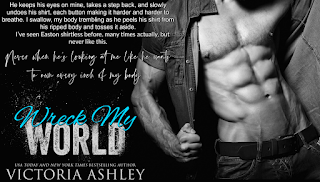 She stops and turns around when she hears my boots crunching in the gravel behind her. The cold look in her eyes is almost enough to freeze my damn heart. “Don’t you dare follow me, Easton. Turn back around and go inside.” With pained eyes, she points at the building and screams. “GO!”
After yelling at me, she immediately turns back around and starts walking again to get away from me.
Ignoring her demand, I stalk toward her, wrapping my arm around her waist right as she attempts to straddle her motorcycle.
“You’re not driving home,” I say, while squeezing her waist and pulling her against me. “I get that you want fast right now. That you need a rush to clear your head. Trust me, I know you. I’m the one that got you addicted, but you’ve had too much to drink.”
“You don’t need to worry about what I do,” she growls out in anger, before elbowing me in the stomach in an effort to get away. “Dammit! Let me go. I need to leave. I can’t be here.”
She’s still trying to fight me, so I carefully lower her to the gravel and trap her under my body, pinning one of her legs underneath mine. “Give me your keys,” I growl, an inch away from her lips. “Don’t make me force them out of your hand. I can pin you under my body all night if I fucking have to, Kota.”
“Yeah, I don’t think my brother would like that much.” She attempts to buck me off with her hips, but it does nothing.
I smirk down at her and push my hips closer against her body. “Fight me all you want. I’ll win.”
“Fuck you, Easton!” Breathing heavily, she lays still and fights to control her breathing from below me. After a few seconds, her eyes meet mine, and she grins. “Fetch.” She tosses her keys across the parking lot and then pushes my chest, speaking against my lips. “Now. Get. Off.”
I release a hard breath and take a moment to analyze her face. It feels like forever since I’ve seen it.
Her big, gray eyes are framed by long lashes and her dainty, freckled nose is now pierced and flaring out in anger.
Catching me off guard, she pushes her way out from under me and closes her eyes as she runs her hands over her face and lays back. “Just leave me be. I don’t want to be anywhere near you. I’ll have Hope take me home.”
“You really mean that?” I question with a tight jaw. “You still hate me after three damn years?”
“How can I not?” she bites out, before jumping to her feet, ignoring my hand as I reach it out to help her. “You tore my heart out. Now get out of my way.”
I bite my lip, holding in my anger as she pushes past me and disappears inside.
I’m still standing out here with my hands in my hair when she walks back out a few minutes later following Hope to her old, beat-up truck.
My heart pounds relentlessly as I watch them hop inside and drive away.
You tore my heart out.
Those five words hurt like hell. She’s always been good at making me feel.

Victoria Ashley grew up in Rockford, IL and has had a passion for reading for as long as she can remember. After finding a reading app where it allowed readers to upload their own stories, she gave it a shot and writing became her passion.

She lives for a good romance book with bad boys that are just highly misunderstood and is not afraid to be caught crying during a good read. When she's not reading or writing about bad boys, you can find her watching her favorite shows. 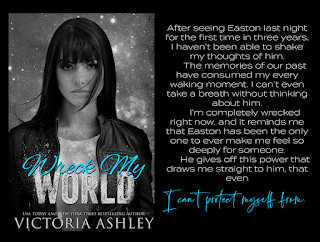 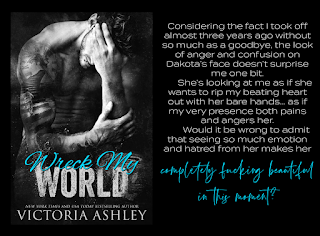 Dakota has always been the girl for Easton. He has never wanted anyone the way he’s wanted his best friend’s little sister who was also his other best friend. But when Dakota’s brother pushes him to the other sister and the other sister keeps throwing herself at him he can’t say no. He would never do anything to hurt the family who took him in like one of their own. Besides Dakota has never really made her romantic feelings for him known. Then life throws them a curve ball. Will they be able to pick up the pieces? Will Easton finally make his feelings known?

Dakota loved Easton with everything she was. But they were never meant to be. When he took off three years ago it killed her. Now he’s back and Dakota doesn’t know how to handle it. Will she be able to live with the guilt of her feelings towards him or will she let it go? Only one way to find out.

I hurt for Easton and Kota. They belonged together from day one but were like star-crossed lovers. Easton had a ton of amends to make when he came back to town. Kota didn’t want to let him back in. Sometimes though it can’t be helped. The pull between these two was undeniable. Ashley weaved a heartbreaking tale for these two that ends with a HEA. I also loved the secondary characters and cannot wait to see if some of them get their own stories. Wreck my World is the first book I’ve read by Ashley and look forward to more work by her.