Release + Review - Shelly Alexander - It's in his Song 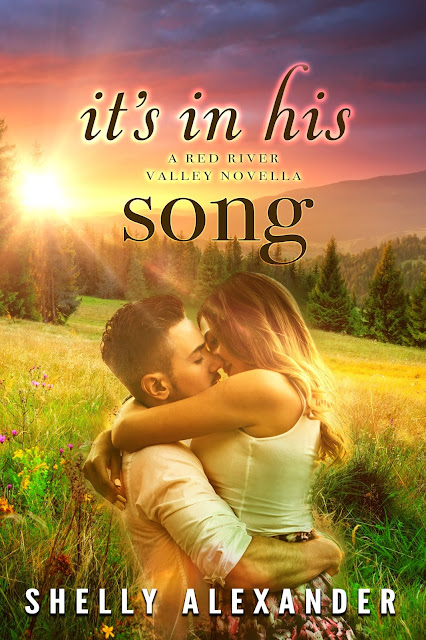 About IT’S IN HIS SONG:
They’re both back in Red River for good, and the chemistry is stronger than ever. But will her secret tear them apart all over again?

Dylan McCoy is restless to take over Red River’s favorite watering hole—Cotton Eyed Joe’s—when his Uncle Joe retires. First, he’s got to prove he has what it takes to carry on Joe’s legacy. Finally able to put the painful scars from his days working in L.A.’s trendy music scene behind him, he sets out to host a weekend workshop for songwriters. He calls in a favor and lines up some of the biggest musicians in the biz to attend. Life is good. Until the business owners who occupy the commercial space next door threaten to ruin his establishment right before the rock star lineup of attendees are scheduled to blow into town.

Hailey Hicks left Red River six years ago with a secret. Now—as a seasoned hairstylist who’s made her own way in the world—she’s back in town to help her cousin expand her salon. Unfortunately, the renovations aren’t going as planned and draw fire from the saloon next door. When she comes face to face with her ex, Dylan McCoy, sparks fly. Can they mend the damage done because of how they parted ways? Or will her secret cause them both to get burned again?

I'm attaching the covers (both digital and print) and a graphic my designer created for promo. I'll forward other graphics to you as my assistant creates them.

Get Your Copy Today:
Amazon | B&N 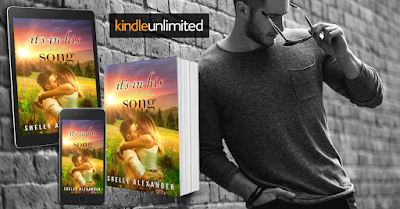 About Shelly:
Shelly Alexander is the author of contemporary romances that are sometimes sweet, sometimes sizzling, and always sassy. A 2014 Golden Heart® finalist and a 2019 RITA® finalist, she grew up traveling the world, earned a bachelor’s degree in marketing, and worked in the business world for twenty-five years. With four older brothers and an older sister, she watched every Star Trek episode ever made, joined the softball team instead of ballet class, and played with G.I. Joes while the Barbie Corvette stayed tucked in her closet. When she had three sons of her own, she decided to escape her male-dominated world by reading romance novels and has been hooked ever since. Now she spends her days writing steamy contemporary romances while tending to two toy poodles named Mozart and Midge.

Dylan and Hailey had a short-lived love affair when they were younger. They both had big plans to get out of Red River and nothing was going to stop them from doing so. When Dylan left unexpectedly it hurt Hailey, but she picked herself up and left herself.

Now they are both back but Hailey doesn’t want anything to do with Dylan. She has to worry about more than just herself where he’s concerned. Dylan though doesn’t care that Hailey has a daughter. He just wants the one woman who’s never been far from his mind. He left town chasing dreams years ago and now he’s back with a new one. One that includes her, will he be able to convince her to give him a chance?

Alexander wrote a sweet story for Dylan and Hailey. It’s in His Song went by super-fast and was one of the more innocent stories I’ve read this week. These two belonged together. If you take a chance on It’s in His Song I don’t think you will regret it.