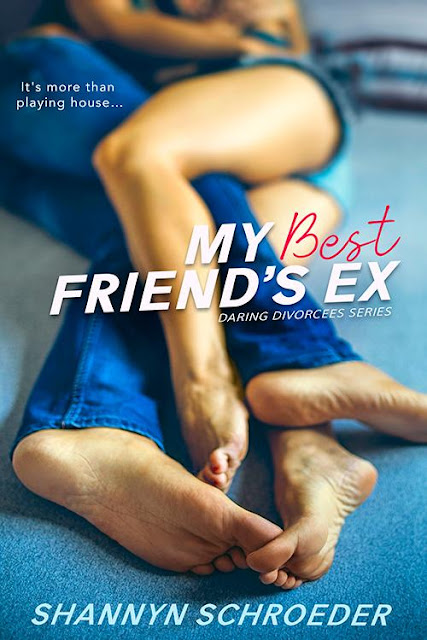 Trevor Booth's life was just thrown a curveball. When his ex dies, he suddenly goes from an every-other-weekend, fun-time dad to a full-time dad. The dad part he's cool with, but life with two teens is like a roller coaster in hell. Thank God his ex-wife's best friend, Callie, seems to have secret powers that allow her to deal with the chaos.

Callie is devastated when Lisa dies, and she's determined to help the kids get through it. She's concerned about how Trevor will adjust to being a full-time parent, but she's having a tough time keeping her eyes off his ripped physique. Callie loves being a part of this makeshift family, but no way she's falling for her best friend's ex. 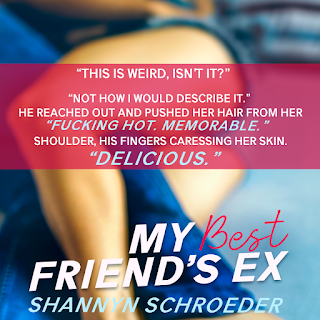 Shannyn is an occasional English teacher, who also works as a part-time editor while raising her three kids.

Even though she wrote from high school through college (mostly poetry), she’d never considered a career as an author. Writing fell by the wayside as she focused her energy on creating lesson plans and new and fabulous ways to torment her teen students. One group in particular dubbed her “The Torture Master,” a title she carried into motherhood.

After the birth of baby number two, Shannyn resigned from teaching and fell in love with reading romance novels. She read so many books so quickly that her husband teased, “If you’re going to read so many damn books, why don’t you just write one?”

That first book is safely buried on her hard drive, but the process set Shannyn on the path to where she is today. The 6-book O’Leary series has wrapped up, as well as 2 Hot & Nerdy new adult trilogies. She’s currently working on her next series.

She is recovering from her Diet Coke addiction, fears putting her foot in her mouth on social media, and has a renewed appreciation for the bad girls of the world. 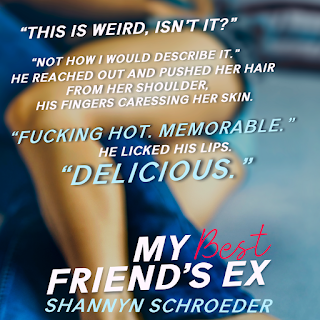 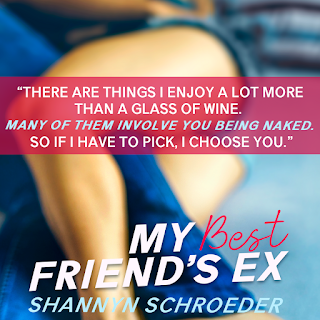 My Best Friend’s EX is the 2nd book in the Daring Divorcess standalone series, Schroeder is a new to me author and the blurb about a single Dad is always a quick draw card for me; I had high expectations going into this book.

Trevor is a divorced recovering alcoholic with 2 teenage kids; he has his own construction business and is kept busy with his life. When he receives the devastating news that his ex-wife had been killed in a car accident, he is thrust into a full-time parent role and shamefully acknowledges that he doesn’t have a single clue what he is doing. Callie just lost her best friend and is praying that she doesn’t lose the kids too, she has been part of their family since forever; she would do anything to protect them including helping their Dad in situations that land her in hot water more than once.

Callie is very good at running, the moment the water gets too hot she is jetting off around the world on a work assignment. Trevor and Callie bounce back and forth trying to make things work between them but always find themselves fighting and stepping over the invisible line. When they finally get their act together they find a balance that works for them. 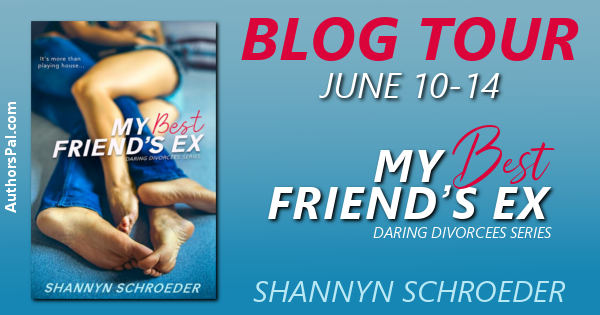