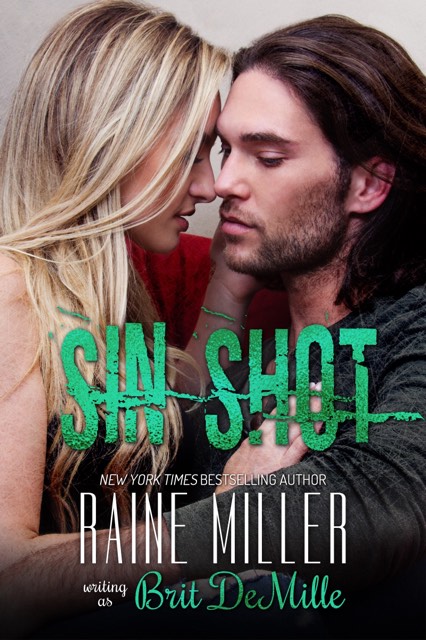 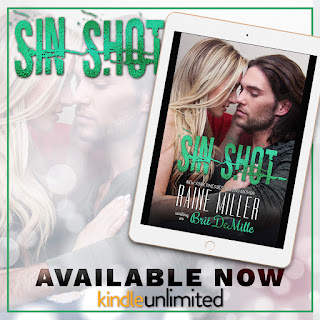 Blurb:
“There’s a lot more to me than what I’ve let on in the public eye.”
—Georg Kolochev, VEGAS CRUSH

No, I don’t drink vodka straight from the bottle. I don’t pour it over my breakfast cereal either. I am not in need of an intervention…unless it involves me and a certain blonde bombshell alone in a room with a locking door.

I’ve done my fair share of partying, I’ll admit. And yes. I’ve built up something of a reputation with the ladies when not on the ice. That’s on me for being careless with my posts on social. And I do know what’s most important in my life.

Hockey and Pamela Jenson. My favorite physical therapist needs me so much more than she knows.

Because I am the guy delivering her SIN SHOT. Yeah, you heard me, I’m her first.

Sinning with Pam has never felt so good...

Excerpt:
I bring up Georg's number and before I can talk myself out of it, I press the green call button.

"Hello, Pamela," he answers on the second ring in that sexy Russian-accented voice of his.

"Hi…I wanted to call and check in after the game. You played super hard, and I thought I'd ask if you wanted to do some therapeutic stretching tomorrow."

His lengthy pause reminds me why I was an impulsive idiot for calling him.

"You called me at midnight to ask me if I want to do some therapeutic stretching tomorrow?" I can hear the amusement in his tone.

"I'm so sorry. God, I didn't realize how late it was. I'll catch you at the arena, whenever you want to stop in."

I hear music in the background. Georg says something but it's muffled. I realize he must be out partying. Maybe Kacey King is out with him.

"No, no." His voice is insistent. "It's good hearing your voice."

It is? "Yeah, you too," I answer after a second. I feel so pathetically stupid. Why on earth did I call him?

"I'll come see you sometime tomorrow. We don't practice, so it will probably be after lunch. Will you be there?"

"Yes, I'll be working tomorrow," I answer quickly, my heartbeat speeding up at the thought of seeing him so soon.

"Good. Good. Then I guess I should take you up on your offer for some therapeutic stretching, Pamela."

Oh—my—God. He sees right through me. I realize I need to get off the phone before I say or offer him anything worse. And it will happen…because I turn utterly stupid when I'm around him.

I hope I sound like my confident self, but I can't tell anymore with him. Georg affects me differently than all other guys before him.

There's a long pause. So long that I almost think he's hung up. But then he murmurs, "I love hearing my name on your lips."

And then he hangs up.


About the Author:
Brit DeMille is Raine’s alter-ego in case you didn’t know.

And she is having an absolute blast writing books that are a little bit different from what Raine usually writes. Brit loves stories about sexy billionaires [millionaires make the cut too] who fall in instalove with young women who may or may not be virgins, and then go on to make adorable babies together. In addition to the billionaires, hot hockey players are at the top of her list of favorite heroes, along with royals and ex-military bodyguards.

The most important thing to Brit when she writes a story is a happily ever after. But during the actual writing of the story, the most important thing to Brit is a cup of hot tea with a splash of milk, and a stash of cherry Jolly Ranchers. A dog or two will likely be in between Brit and the chair at any given moment, which is very handy, because they are the ones who approve everything she writes.


“Is she willing to take a shot on the party boy? 3 stars”

Pamela likes to have fun and likes to flirt. With all that said she’s never actually gotten her sin shot. There is no denying she likes Georg. But is she willing to put her job and possibly heart on the line for the party boy? Georg has wanted Pam since the moment he saw her. The question is he willing to clean up his act to get her? Does he deserve a woman like her? Only one way to find out.

I liked the relationship between Pam and Georg. He genuinely cared about her and was willing to clean up his act for her. He wanted to be the best possible version of himself possible. Pam is damaged and even though she sees herself that way Georg never does, which was sweet. They definitely defeated their own demons with one another.