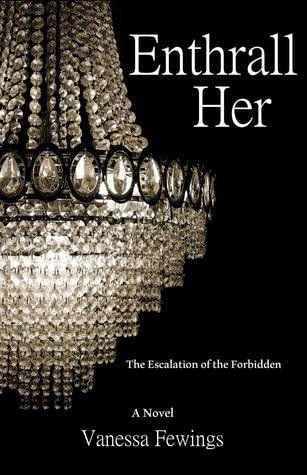 
This is the escalation of the forbidden. This is the power of Enthrall.

Deemed too feisty to train. Too defiant to dominate. Mia's journey into the world of the forbidden takes its next step.

Mia's choices will lead her to places both within and without that she never dreamed possible.

But when her training is complete, will Cameron be able to return her to Richard, or will her transformation have bewitched him beyond repair?

This is following on from my re-read of The Enthrall Sessions series, in preparation for Cameron's Control.

So I will just start by saying wow! I'm still speechless, third time round, which is extremely unusual.
After reading Enthrall for the first time in 2013, I was instantly mesmerized. I loved every little thing about the story. The three main characters in the story. Mia, Cameron and Richard, were addictive, endearing and left me wanting so much more.

If you were to take these incredible characters, mix them in with the setting of Enthrall, L.A.'s premier fetish club for the wealthy, add the fact that Mia is so innocent and intoxicating, and totally new to all this scene, and this is just the combination, for what is obviously going to be a whirlwind of sensory overload.

"Before the butterfly emerges from it's cocoon it must first retreat from the world. Next, it becomes completely transparent, revealing everything about itself. It knows to become still, vulnerable, surrender to it's metamorphosis and only then when this transformation is complete can it break free from the chrysalis."

Well, after what seemed liked the longest wait I have ever known. I finally got to lay my hands on Enthrall Her. I may add, this was my most anticipated release of 2014, amongst so many fantastic releases that year, this book, hands down was what I desired most.

The intensity and pace of the first book, picks back up straight away from the first page. Richard and Mia, now a couple after book one, are finding it hard to agree on a subject that seems to overwhelm them.

"The master who gave you that collar is the only one who is capable of releasing that love within you."

Yet, even after all the shocks thrown at Mia, she still wants to see more. She is finally finding herself a place in amongst these new and exciting people in her life, and wants to be part of it fully.

Cameron, Richards best friend who hired Mia to work at Enthrall, seeking her out and seeing her as someone perfect for breaking through Richards damaged exterior. Can also see that Mia wants and needs that kind of relationship, that she has learned about from Enthrall and the surrounding world.

Richard, thinks Mia is too feisty and strong willed to be submissive yet too delicate that it may damage her irreparably. Cameron thinks she is perfect and it will be the making of her. Battle of wills ensues and the rest is all very secretive and spoiler inducing.

What I can say is, I have yet again fallen in to severe book love with Enthrall Her. The first book had set such a high standard and it was slightly scary to wonder what the second book would be like. If it would do the first justice and continue my obsession with this series. It surpassed the intensity of Enthrall, it still overwhelms me now just how incredible this book is.

I always wondered what Cameron and Mia would be like together, and this book has shown, they are, in my eyes, the perfect book couple. You couldn't create a better match, and after them being together in this book, I can't bear to think of an alternative.
Cameron stole the show, in the battle of the Dom's in the first book. But in Enthrall Her, he has shown to be sheer perfection. Not only incredibly gorgeous, alpha, and literally commands the pages he is in, but now we have seen so many more sides to him, I really can't dislike anything about him.

Again, in Enthrall Her the writing is as flawless and addictive, as it was in Enthrall, yet the story has stepped up so many notches, it seems completely surreal. The world Vanessa Fewings has created is delicious, decadent, and somewhere you possibly would give your right arm, to be immersed in. Too extreme? Okay, maybe just a finger. But, seriously it's a place you don't want to leave, and a story you never want to end.
All books have page skimming parts, the passages that you could easily skip, and never miss anything. Not with this series, every single line tells so much of their story, I couldn't skip or skim if I wanted to.

I was always a sucker for Cameron right from the very start, and after reading this book, it just confirms what an amazing character he is. VF has managed to make him desirable in so many different ways, it's impossible to get bored of him.
My only worry is, what does the future hold for Mia, Richard and Cameron, and am I going to like what becomes of them all.
Like they say, "Two's company, Three's a crowd" and I already know what I want to become of them all.
Yet VF has made both her leading men so incredible in different ways, there is going to be no perfect outcome to all of this. I already fear it, even after an incredible ending to Enthrall Her, I'm worrying about the last installment in the trilogy. Those picking sides are ultimately going to be disappointed if their favorites are left heartbroken.

Another incredible installment in the Enthrall Sessions series. That has again left me craving more. Only one book left in this trilogy. I guess I can hope that VF decides not to close the doors on Enthrall and Chrysalis for good, once this story concludes. 10 stars for this book, (although 5 is the max) just shows how much i love this book!

"Nature brings light to darkness. Order to chaos. It fulfills it's promise of bliss" 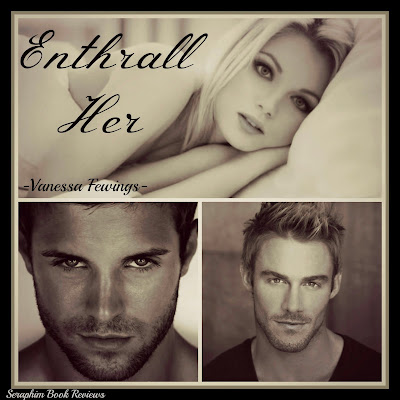 MY REVIEW OF BOOK 1: ENTHRALL