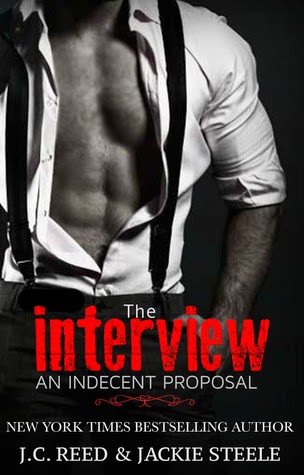 
It was supposed to be easy.
Hire a professional actor to play my fake fiancé.
But when he steps in front of my door to pick me up for The Interview, my heart stops. Chase Wright is perfect. And hot. I mean like 'burn up your dress hot.' However, Chase isn't professional at all. I hate what he does to me with his sinfully sexy blue eyes. I hate that he wants me in his bed.

One month...that's all I need him for. All I have to do is stay out of his bed.
But the rules slowly begin to change. My fake fiancé suddenly becomes my fake husband. When Chase offers me an indecent proposal, it's too late to fire him.
It's too late to decline.

Laurie Hanson is living a lie and lying about her life. Trying to run away from her stepfather's control, she is determined to make a new start, wanting nothing from the life she had lived before, except the letters from her mother.

Chase Wright is an actor. Sexy, rich, and confident, he has the money and the good looks to get what he wants. When he meets Laurie, the meeting is fierce. She thinks he is arrogant. He thinks she is the most beautiful woman he has ever met. Unlike any other woman, she doesn't open up to him easily.

When Laurie gets in trouble and needs him to play the role of her fake fiancé, he jumps at the chance to help her. He is a born actor, but in her presence acting has never be so difficult when he starts to fall for her. They were never supposed to be a real couple, but some things are just worth striving for.

When the lie they live becomes too real, will it be too late to admit the truth?

What’s it all about?

Laurie and Chase. Working out their arrangement and dealing with each others (Mostly Laurie’s) stuff.


I didn’t know this was the first in a series…. I need more now! The previously released prequel was included in this book as a prologue and whilst I can’t see how on earth the two stories link, I, like others have my theories (Yeah I think elevator guy is Chase)

“Money can’t buy me, I chose this job because I wanted to. Not because I had to, and now I want to help you”


Laurie is a young, jobless virgin (Yeah, ANOTHER one of them!) whose  dad is supposedly old school, so she decides she needs a fake Fiance to explain why she is living her independent life away from him. Turns out, he is not so old school, he’s just a bit of a dick and there is HUGE history there. We dont get it all in book one, but we get enough.

Chase *Sighs* is an “Actor” who takes on the job of playing her Fiance. He is playing it wayyyy to convincingly towards the end (which is what makes me think of the prequel - That Guy-).

“Everything we’ll do, we’ll do it together. As a team. Don’t tell anyone about this. The fewer people who know, the better”


I assumed this would be more dark than it was, but I wasn’t disappointed by the lack of darkness, I was impressed with the build up two it. It feels like book two is going to be darker…. and sexier… Wink Wink, Nudge, Nudge!

There where a few spelling mistakes that shouldn’t be there,  because there were two authors here that missed them, but not so many that it annoyed me. And it is not 300 pages, it’s like 100 and something.
And that Jude did my head in, I hope there is less of her in book two. Which I might have mentioned, I can’t wait for! 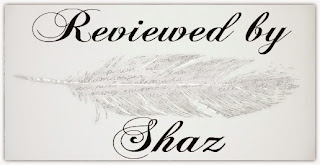 Posted by Anonymous at 4:40 AM