REVIEW - The Siren (The Original Sinners, The Red Years Book One) by Tiffany Reisz

Title -  The Siren (The Original Sinners, The Red Years Book One) 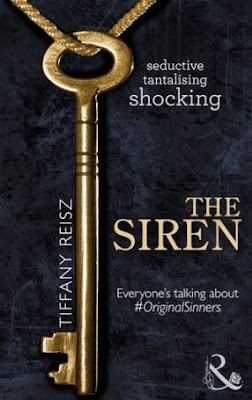 
Notorious Nora Sutherlin is famous for her delicious works of erotica, each one more popular with readers than the last.
But her latest manuscript is different—more serious, more personal—and she's sure it'll be her breakout book... if it ever sees the light of day.

Zachary Easton holds Nora's fate in his well-manicured hands. The demanding British editor agrees to handle the book on one condition: he wants complete control. Nora must rewrite the entire novel to his exacting standards—in six weeks—or it's no deal.

Nora's grueling writing sessions with Zach are draining... and shockingly arousing. And a dangerous former lover has her wondering which is more torturous—staying away from him... or returning to his bed?

Nora thought she knew everything about being pushed to your limits. But in a world where passion is pain, nothing is ever that simple.


What's it all about

“There are only two reasons why you leave someone you're still in love with - either it's the right thing to do, or it's the only thing to do.”


This book (and in turn the rest of the Original Sinners series) is so unlike anything else I have read. It is a romance, but not like you would think, it is smut, but written in a whole new way. It is so very clever, so very well written and it is a thinker that is also funny. What more could you want. I understand people’s reservations about this book, and I know it is too much for some people, but if you’re willing to come in with an open mind, I personally don’t think you’ll be disappointed.

We meet a fair few people in this book, some more important than others but all significant in their own way.

Nora - The main female. Is my fave fictional female EVER (and anyone who knows my reviews will know I tend to dislike female leads) She’s a smut writer by day and a whole lot more by night.
Soren - Her Catholic priest (I wish he was my priest but don’t tell father Michael that)
Zach - Her unwilling editor, who is a scouser (Woohoo)
Wesley - Her assistant & Friend
Kingsley - Sorens best friend and owner of the 8th circle.

And a few others but If I ramble about them I’ll spill about book two and that would would be cheating.

So the story goes that Nora is trying to write a book, but her new editor is being a pain about it, because he see’s her as just a writer of cheap smut, so Nora tries to win him over in ways that only Nora can. And through the course of events that follow, Zach's eyes are opened to the woman and writer Nora really is. She’s smart, funny, crazy and brazen and one hundred percent unique.

“I’ve got a crisp new Benjamin for the first person who can give me a good synonym for ‘thrust’, noun form. Go,” she said…“Push, lunge, shove, attack, force, jab,” he rattled off the words.“His slow, relentless jabs sent her reeling…” she said. “Sounds like a commentary on a boxing match. Goddamit, why are there no good synonyms for thrust?


All the while we are watching Nora and Zach spar, we are starting to hear a story of Nora and Soren. The love is and isn't. That always has been, but never can be. Its oh so complicated and heart breakingly gripping, yet whilst it is frustrating and cruel you just want more.


“No safe word can protect the heart”


I won’t go on anymore, I just implore anyone who can be open, to give it a go. I will say this. If you get to the scene near the end when she takes her shoes off and you feel your heart obliterate into a million pieces, please come and let me know. You're my kind of peoples! 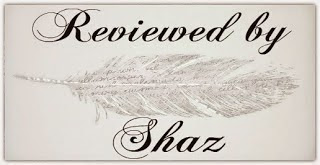 Posted by ShutUpShabby at 10:08 AM