Shelby Whitman beat cancer several years ago, but the resulting physical and emotional damage left her feeling like less than a real woman. The comfort she found in the BDSM community brightened her world again, however, she kept the Doms at a distance. Play was fine. Relationships were not. And that was fine until Master Parker caught her eye. Now, her cancer has returned and she refuses to be a burden to anyone...especially the one man who has crawled his way into her heart.
Parker Christiansen has craved the perky sub for as long as he can remember, but Shelby has refused to negotiate a scene with him and he has no idea why. When he finds out she is secretly going through chemotherapy, he insists that she move in with him. She needs a Dom to take care of her and he is more than up for the task. Can Parker convince Shelby that he loves her no matter what and if they only have this time together, they should make the best of it?

I love how each book Samantha Cole writes in this series is about a different couple. This is Shelby and Parker's story. It's a short story.  This book is a little different then the others because there is no one coming for either of the main characters, no violence. Even though there isn't really any action happening in that way, it's still a good book.
Parker is an architect builder contractor , has his own  company called New Horizons.   His father doesn't approve anything he is doing.   His brother  Dave wants to go to the Covenant (private BDSM club) because he was curious about the lifestyle. Shelby wore different colored wit to match her outfit every time she came to the club because of her thinning hair and being cancer free for 6 years.  Parker took him as a guest and Parker stepped away for a few minutes and when he returned Dave slapped Shelby in the face.  Parker felt really bad and apologized and took Shelby home.   Two weeks went by and he didn't see her at the club, he asked the guys and they said she asked for some time off.   Shelby wasn't expecting him , she was expecting her medicine to come so she opened the door. The guy showed up with her medicine and Parker was in shock that Shelby has cancer.  This is when Parker became very concerned for Shelby and wanted to help her.  He was attracted to Shelby for a long time and she never wanted to play at the club with him. He is determined to find out why she won't play with him.

"You've been in the lifestyle for years, Shelby. You know damn well we're a close-knit community. Nobody says they want to help because they feel obligated to. They say it because they care and know if the situation is reversed, you'd be there for them. They love you, baby. You're family to everyone at The Covenant. Why don't you see that?"

"Parker Christiansen hadn't just gotten under her skin, he had burrowed deep into her heart, where she knew he would remain until the day she died-whether that was in the near future or fifty years from now."

"The fact that I think those words every day around you, tells me it's the real thing. I love you, Shelby, and I want to spend the rest of both of our lives proving it to you."

"Sitting up, he lifted the gold collar embedded with a rainbow of colored gems, I knew as soon as I saw it that it was perfect for you. The stones will match whatever wig and outfit you want to wear to the cub. And it will still be beautiful on you whether you stay bald or your hair grows back. He paused. Actually it will be you who makes the collar beautiful. Will you wear it, Shelby? Will you be my sub for however long we have together?  Her eyes filled with tears as she touched his wrist.Yes, Oh, yes. I love, Master. For however long we have together, I'll be your sub."

"Now that you've agreed to be m sub, will you also agree to be my wife? I love you Shelby. I love the children we are going to adopt and raise to the best of our ability. I love the dogs we'll rescue, so Spanky has someone to hang out with we kick him out of the bedroom, so we don't have an audience. And I love every second in time that you are by my side and in my arms where you belong. Marry me?" 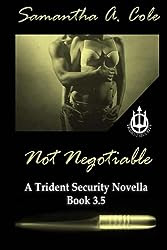 Posted by Anonymous at 6:05 AM