TITLE - When Our Worlds Collide

Kennedy Conrad is everything he needs.Graham Black has two rules in life. Play baseball, so he can get the hell out of Tennessee, and leave your shirt on when you drop your panties.He’s a typical all-American pitcher with the world at his fingertips. His devilish good looks and charm help him crawl into the beds and hearts of the girls at his high school. With secrets no one knows, he has every intention of running away from his hometown the minute he graduates. Nothing can get in his way. Until poor choices collide him into Kennedy Conrad.Graham Black is everything she wants.Kennedy Conrad has her own set of rules. Dance with your whole heart, and make it through each day without being noticed. She’s sweet and reserved, everything Graham’s not. After one fated night, she can’t stop him from noticing her anymore. She knows there’s a chance of heartache by letting him in. When the unthinkable happens to Kennedy, Graham realizes what he’s been fighting is what causes Kennedy to end up hurt. Can their love survive one more thing that is meant to pull them apart?

When Our Worlds Collide is Lindsey Ilers debut novel, with that being said I was quite impressed. Usually I feel like authors hit off the mark when writing about High School kids, but Iler nailed it in my opinion. She took real life scenarios that would be hard for an adult couple and threw them at a few kids.

Kennedy is the good girl. All she cares about is dance, getting good grades, and getting into Columbia. Nothing else matters, until Graham. She sees the guy he's meant to be, not the one he acts like.

Graham is the typical popular jock. He always had a drink in his hand and a girl on his arm. His ticket out of town is his curveball and nothing is going to stop him. The only person who stands in his way is Kennedy.

They started off as people in the same class, not even knowing each other. Then they form a sort of friendship, that turns into the real kind of friendship, that falls into lovers. Their love is far from easy though. Kennedy is willing to fight to hold onto Graham where all he can see is the trouble he's brought into her life unintentionally. Will they make it?

This book covers underage drinking, abuse, rape, and much more. Basically Iler puts Kennedy and Graham in every worst case scenario. It's real life stuff that can happen to anybody. The secondary characters are a riot. I don’t know who couldn't love Dan or Violet. They will remind you of some couple you know. I cannot wait for book two to see what happens to not only Kennedy and Graham, but the whole group.

Here are a few of my favorite quotes:

“I’m going to kiss you. You just need to tell me when to stop because I’m pretty sure that I could kiss a girl like you forever.”

“I’m the guy who refuses to let girls take their tops off when I’m fooling around with them because it’s too personal. I’m not someone who you should want to get close to.”

“There’s something about young love that makes us adults secretly jealous. Love at your age is easy. You know in your heart that this person consumes you, owns you. Knowing their name isn’t necessary before it all happens. As you get older you’ll learn that love becomes more about the circumstance rather than the excitement of your heart. Promise me you won’t let your heart age before you do. If you do you could end up letting something go wishing everyday that you still had it in your grasp.”

“Sort of and I’m starting to believe that there’s a reason why life sometimes doesn’t want people to be together, so we’re thrown these curveballs and obstacles to prove to us that we were never supposed to be together in the first place,”

“She’s a rare one who somehow is timid and sarcastic and overwhelmingly beautiful to the point that it hurts to just be in her presence.” 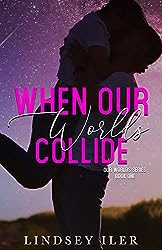