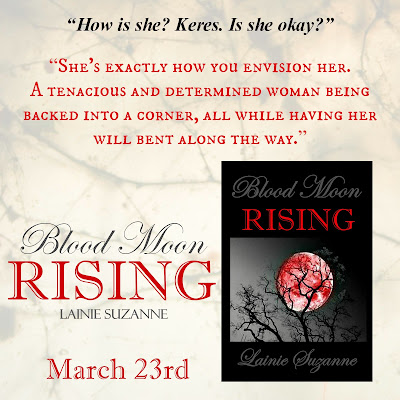 Synopsis:
Keres Re was a prominent member of her coven. Her dedication, as well as her intelligence and hard work, landed her a prestigious position on the council. In doing so, she earned the respect and confidence of the coven leader, Lord Sebastian.

However, a series of unfortunate events distorted Keres judgement and she allowed jealousy and revenge to destroy everything she had worked so hard to achieve. After breaking most of the coven laws, she finds herself repenting for her indiscretions at the mercy of her leader.


Lord Sebastian provides Keres an opportunity to work through her conflicting feelings, however she rejects his efforts at every turn. Her defiance and stubborn behavior spurs a darker side to Lord Sebastian that Keres has never experienced.
Can Keres endure Lord Sebastian’s wrath or will an unsuspecting adversary destroy the entire coven?
***Join the BLOOD MOON Release Day Event on Facebook – Sunday March 26th – 7pm ET https://www.facebook.com/events/1751184828491065/ 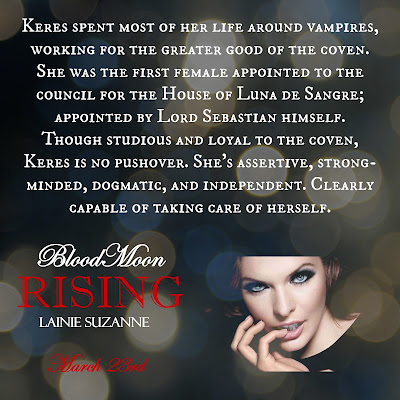 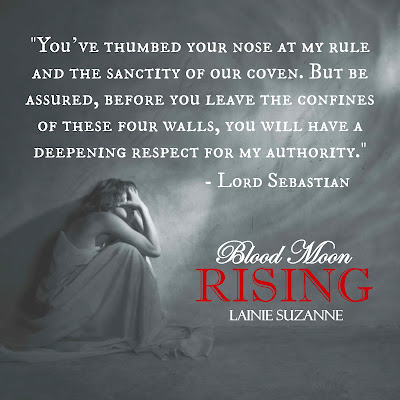