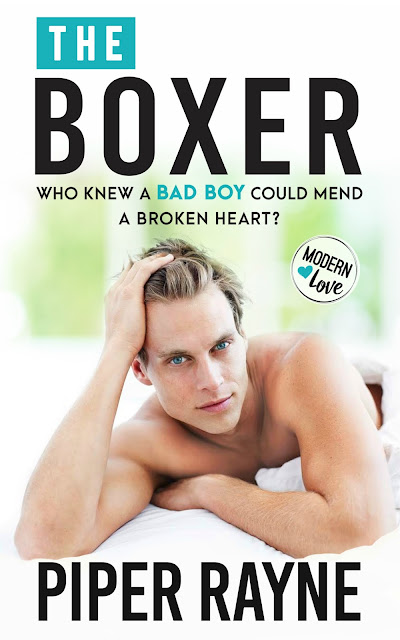 “Who knew a bad boy could mend a broken heart."

What does a girl do after she discovers her fiancé is a cheating bastard?

In my case, I performed the ritual implosion of all scorned women. I drowned my sorrows in cases of white wine, wallowed in gallons of ice cream, and ignited a bonfire to burn away every damn remnant of his existence. Six months later, the only result was a permanent impression of my ass on the couch.

Adventure Dating my friends dared.
A new and exciting opportunity they said.
I thought they were crazy, but I’m not one to back down from a challenge, so I signed up for the entire four-week deal.

That’s where I saw HIM. Lucas Cummings. He isn’t the classic rich boy I usually end up with. The one whose idea of working up a sweat is waiting for his margarita to be served on the beach. Nope. He’s a rough and tough bad boy that all fathers warn their daughters about. You know the type. Cocky swagger, chiseled jaw—the ‘V’.

SOLD, I said to myself, until I discovered he was so much more than just a BOXER.

Right to the heart.


So this book starts where the first book - The Bartender left off with Tahl finding out her fiance, Chase cheating on her and left her heartbroken. Whitney and Lennon have seen enough of Tahl just moping around, so they took her out to an event. A boxing event. That is when she bumps into Lucas standing in line. She doesn't know it yet but Lucas is the boxer tonight-the underdog. Well after a few drinks , the night gets embarrassing and well her friends Whit and Lennon sign Tahl up for an adventure dating club for one month. Tahl doesn't want to do it but she's going to show her friends she isn't a quitter! Everywhere she goes she runs into Lucas.

I liked reading about Tahl and Lucas. Both of them keeping some personal info to themselves afraid of what the other will think. In the beginning Tahl was broken-hearted but with her friends help and having a sassy type attitude the more I could relate to her.
Lucus , damn what can I say about that guy. He is an alpha that is caring. Respects woman and holy hell he knows how to please. Oh and did I mention he is hot.

Piper Rayne continue with this modern love series. I love how there is more to the story than sex. Although the sex is good- It was getting hot in here! While reading, I could connect with the characters like I was there. The writing flowed nicely from chapter to chapter. I really am enjoying this Romantic-Comedy series.
I can't wait to read The Banker coming in April!

"My mouth waters as the guy who propositioned me a half hour ago strips off his robe, revealing a set of abs I'm quite positive could wash the panties I just soaked. Jesus, he's hot, with not one ounce of fat on him. His black silk shorts have a white band of fabric around his waist that says Raging Bull."

"Hopefully my friend returns soon so I can uncomplicate you."

My mouth waters as the guy who propositioned me a half hour ago strips off his robe, revealing a set of abs I’m quite positive could wash the panties I just soaked. Jesus, he’s hot, with not one ounce of fat on him. His black silk shorts have a white band of fabric around his waist that says Raging Bull.

Lennon grabs my cup out of my hand.

“No, girl, you’re gonna want to be stone sober for this one. You don’t want to be like Whit the first night she and Cole got together.” She takes a sip, but I grab the cup back, knowing I need it more than I thought.

Especially when he glances down and a perfect set of sparkling teeth emerge, revealing a smile that has me gripping Lennon’s arm for support. Then he bites his bottom lip for a second, and my fingernails dig into Lennon’s bicep.

“Damn, I wish I saw him first.” Lennon’s voice sounds as dreamy as I feel. “You better ride him like you’re a fucking rodeo star, girl.” And there’s the Lennon I know and love.

The vodka man, now known as Lucas Cummings, turns around, continuing to bounce on his toes.

Sammie’s voice rings out once more, and another boxer enters with four bodyguards and a red silk robe. He weaves through the ropes and stares down Lucas. Lucas laughs, egging him on, and my gut twists.

“The undefeated Brock ‘Lights Out’ Hayes,” Sammie announces, and the guy jumps around the ring, waving both fists in the air.

Lucas turns back toward us, but his attention is focused solely on another guy. A small man rushes in the ring, putting Vaseline on his cheeks and forehead.

“This is the real deal.” The excitement in Lennon’s voice increases.

Lucas keeps peeking over at me, an uptick on his lips each time. Eventually, the guy who I assume is his manager glances over our way to see what’s distracting him.

Whit tugs on my arm and leans in close. “Someone has caught the boxer’s attention,” she whispers and I wish my cheeks didn’t heat like they are.

“Because he’s thinking of all the ways he’s going to fuck her later,” Lennon adds, turning her head for only a second.

“What?” Whitney asks, in the dark on the whole situation.

“I met him at the bar. He asked me to meet him after,” I say, and Whitney’s eyes crinkle as if she doesn’t think that’s a good idea. So thinks the girl who resorted to Tinder.

“Like you’d do that,” she says confidently, and I bite my lower lip. The lip that is now a little tingly from what I assume is the Everclear. “Tahlia, don’t you think you should wait for your second one-night stand for someone of his…caliber?”

Cole peeks over her shoulder. “I met him a few weeks ago when I came to watch the fights. Seems like an okay guy.”

Whitney raises her hand, and it smacks Cole in the face. He grabs his nose.

“Oh, I’m sorry.” She glances at him for a second before her eyes set on me again like a mother scolding her teenager.

“No, babe, it’s my fault. I know better than to try to get in the middle of a conversation between you three.” Cole touches his nose a few times and wiggles it around.

“Guess you’re not the kinda guy to jump in that ring then.” Lennon laughs and points at him. Cole raises his eyebrows in her direction.

“Are you challenging me, Lennon?” Cole asks and the three of us laugh.

Whitney waves her hands around. “Forget that. Tahlia, you can’t go have a one-night stand with someone like him.”

I look past Whitney to Cole. “I think you need to go over the one-night stand rules. First one being, you don’t know the person. Second qualification, you pick the hottest guy.”

Cole laughs, but Whitney only becomes more agitated. I’m not sure why she’s giving me trouble. She’s the one who brought me here tonight.

Lennon elbows me a few times. “The blood is about to spew,” she says and jumps up, screaming, “Go, black shorts!”

Lucas turns around to Lennon and then cocks an eyebrow in her direction. For a second, jealousy spikes within me, but when his gaze turns to me and he smirks, I melt. Unable to deal with the thought that the guy up in the ring could be inside of me in a few hours, I tip the rest of my Everclear and down it.

Posted by Louise Seraphim Reviews at 11:20 AM