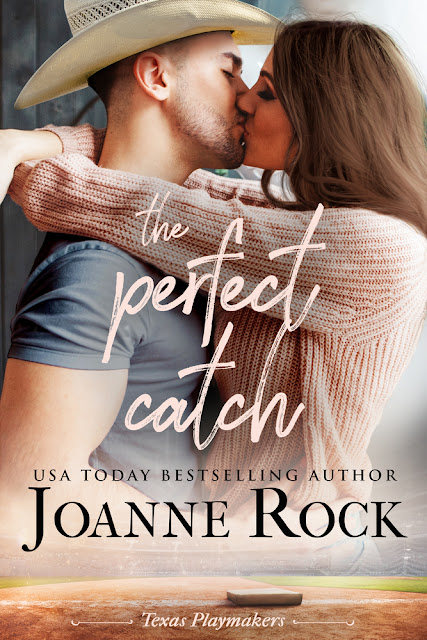 He didn’t think coming home would mean falling in love
Outfielder Calvin Ramsey returns to his Texas farm home after being released from his team, an unexpected surprise sure to tarnish the family baseball legacy. But when he finds a sexy stranger acting as the temporary caretaker for his childhood home, all thoughts of baseball disappear.
She won’t fall for another player
After losing her savings to a swindler ex-boyfriend, Josie Vance moves to Last Stand to start fresh where no one knows her unhappy past or the con that bankrupted her. But her peaceful healing time evaporates when the homeowner’s son arrives and throws himself into life on the farm—and charming Josie. She can’t risk an affair that draws attention to her or her past. Especially not when the public’s fascination with the baseball-playing Ramsey clan is at an all-time high. Can she keep her secrets, her low profile, and her heart too?
GOODREADS LINK: https://www.goodreads.com/book/show/44019482-the-perfect-catch 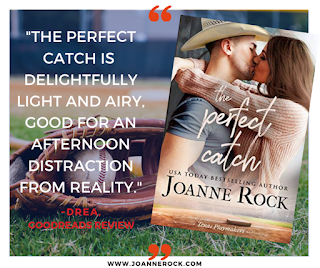 EXCERPT
Josie listened to the farm stand cashier explain.
“Clint, went into baseball and then, all of his grandsons went into baseball and the granddaughter… well, she left Last Stand long ago. Cal’s been in the majors the longest, and I like, never see him around here even though I’ve worked here since last fall.”
So Cal had been keeping secrets from her—of sorts. Or had he assumed she knew about his family full of athletes? His job explained the expensive car and clothes, the body toned like a machine, maybe even the wariness that dogged him. She imagined pro players were hounded by hangers-on who wanted to be a part of their world for selfish reasons.
But not her. She’d prefer to put ten paces between herself and anyone who was remotely famous. She needed to avoid the spotlight at all costs until the trouble at home died down.
The phone vibrated three more times and the girl burst into laughter. “Sorry!” she apologized to Josie. “I knew Darlene would go nuts when she heard.” She picked up the phone and flipped it over, eyes scanning fast. “She wants a picture? Oh God, how can I get a picture?”
Josie figured she’d lost her audience, but since the coast was clear, she couldn’t resist asking one more question.
“You said he got cut this season?” she asked, wanting to be sure she’d understood. “As in, lost his spot on the team?”
The clerk nodded. “It was so awful--”
“Josie, let’s go.” Cal’s voice startled them both as he came through a back door on the opposite end of the store.
She scrambled back from the counter while the teen dropped her phone. Josie hurried past the blueberries and melons to the archway where Cal now stood, his expression stony.
Had he overheard her question? Guilt swamped her even as she kicked herself for not being more careful.
“Ready,” she announced brightly, peering past him into the greenhouse that connected the barn to the farm stand.
“Are you certain?” His voice was low, just for her ears, before he took her hand and tugged her into the greenhouse behind him.
A fan whirred overhead, conditioning the air that smelled like potting soil and growing things. He tipped a metal door closed behind them. A door that closed silently and reminded her how thoroughly he’d startled her when he re-entered the store.
“Absolutely.” She wanted to say it with conviction. To move on and see the bee hives. But her heart was beating too fast with him holding her hand.
And standing too close to her.
His green eyes probed hers, his nearness making her recall his very intriguing male physique. Was it really her fault to feel a flare of feminine interest when he was a professional athlete and had the body that went with it?
“Make sure you know what you’re in for, Josie, before you say yes.” His voice lacked the geniality that she’d heard him use with the young baseball fan. It was all gritty edged and hard now.
And did something wicked to her insides. Something she couldn’t allow herself to feel so soon after another man had deceived her.
Nerves made her blurt the first thing that came to mind.
“I signed on for bee hives.” She’d been very clear about that from the outset, hadn’t she?
Cal released her hand, but he didn’t back away. “Except now you’ve broken our truce by asking questions. So in return, I’ve got a few questions of my own.”
AUTHOR BIO

Four-time RITA nominee Joanne Rock has never met a romance sub-genre she didn't like. The author of over eighty books enjoys writing a wide range of stories, most recently focusing on sexy contemporaries and small town family sagas. An optimist by nature and perpetual seeker of silver linings, Joanne finds romance fits her life outlook perfectly--love is worth fighting for. A frequent speaker at regional and national writing conferences she enjoys giving back to the writing community that nurtured and inspired her early career. She has a Masters degree in Literature from the University of Louisville but credits her fiction writing skills to her intensive study with friend and fellow author Catherine Mann. When she's not writing, Joanne enjoys travel, especially to see her favorite sports teams play with her former sports editor husband and three athletic-minded sons. 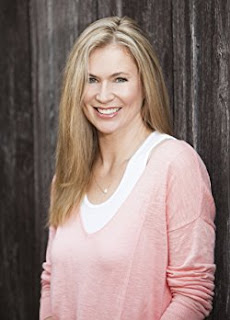