“Whoa. Undeniable is one of my top reads! Sizzling chemistry, off the charts sexual tension and all the feels I’ve come to expect with a Melanie Harlow romance!”- Ilsa Madden-Mills, Wall Street Journal bestselling author 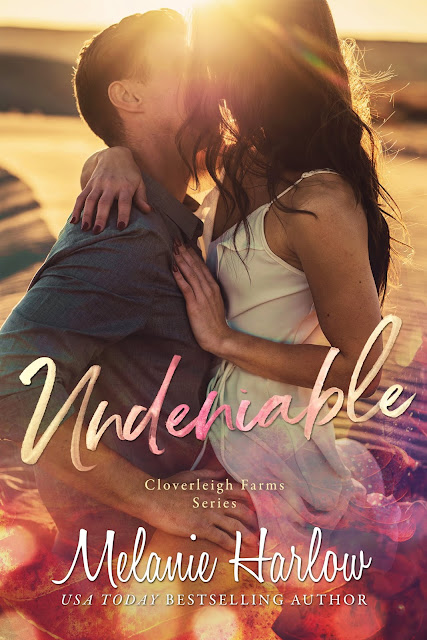 When we were eleven, Oliver Ford Pemberton dared me to jump off a barn roof. He said you couldn’t break a leg from a 12-foot-jump.

(You can also break a collarbone, which served him right as far as I was concerned.)

Because he had the nerve to grow up gorgeous, charming, and sexy. And as we got older, the dares only got dirtier—and the betting stakes higher—until finally, he left me in pieces. I swore I’d never talk to him again.

But twenty years after I took that flying leap, he’s back in my life, daring me to risk everything for him: my job, my self-worth, and my heart.

How many chances does true love deserve? 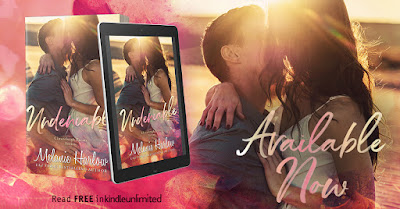 Fueled by pent-up lust and scotch, we stumbled into Oliver’s room and tore at each other’s clothes. It was hot and rough and a little bit violent, as if we were furious we hadn’t been able to keep our hands to ourselves and wanted to take it out on one another’s bodies. We pushed and pulled and growled and grasped. We called each other names and cursed viciously. We knocked over a lamp and ripped Oliver’s shirt.
When we finally exploded together, Oliver had me up against the door, and if our yelling didn’t wake the entire floor, then the pounding must have. I’d have bruises for days.
Afterward, we collapsed on the bed, naked and sweaty and exhausted.
“Oh my God,” I said. “I can’t believe we did that.”
“I know. Me either.”
“I think I pulled a muscle.”
“I think you bit me. Am I bleeding?”
I laughed. “No, but I hope you’re not seeing anyone. If you are, she’s going to wonder about all those scratches on your back.”
“I’m not seeing anyone.” He paused. “Are you?”
“No.”
Neither of us moved for several minutes. When I caught myself falling asleep, I sat up. “I should go.”
“Why? Just stay here.”
I looked down at him. “You want me to stay?”
“Yeah.” He opened his eyes. In the low light, they almost looked black instead of blue. “Spend the night with me.”
I waited for it—the dirty joke, the excuse, the subtle dig—the reason he’d toss out for asking me to stay. It couldn’t just be that he wanted me here.
But he didn’t say anything more. He just reached out and covered my hand with his.
I looked at our hands for a moment, and a thousand memories came rushing back. Some good, some bad, but all us. I felt close to him, and I didn’t want to leave. “Okay. I’ll stay.”
“Good.” He took off his watch and put it on the nightstand. 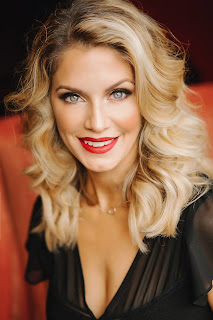 Melanie Harlow likes her martinis dry, her heels high, and her history with the naughty bits left in. When she's not writing or reading, she gets her kicks from TV series like VEEP, Game of Thrones, Succession, and Homeland. She occasionally runs three miles, but only so she can have more gin and steak.

Melanie is the author of the ONE & ONLY series, the AFTER WE FALL series, the HAPPY CRAZY LOVE series, the FRENCHED series, and the sexy historical SPEAK EASY duet, set in the 1920s. She lifts her glass to romance readers and writers from her home near Detroit, MI, where she lives with her husband, two daughters, and pet rabbit.

Chole and Oliver have always had chemistry, that’s undeniable. They know how to get under one another’s skin, something else undeniable. It’s been years since they last saw each other and to say it ended badly would be an understatement.  But Oliver’s back and he’s making a play for Chole. The question is, is this real or is it fake?

Chole and Oliver grew up together. They know how the other works, how the other ticks. The chemistry is what made the story. I liked getting little peaks at their families. I liked the story within the story (if you read Undeniable you will understand). The only thing I didn’t care for is the story felt a little short, did it cover everything? Yes, but I felt like it could have been slowed down. That’s just me though, I think if you were to take a chance on Undeniable you would enjoy it.