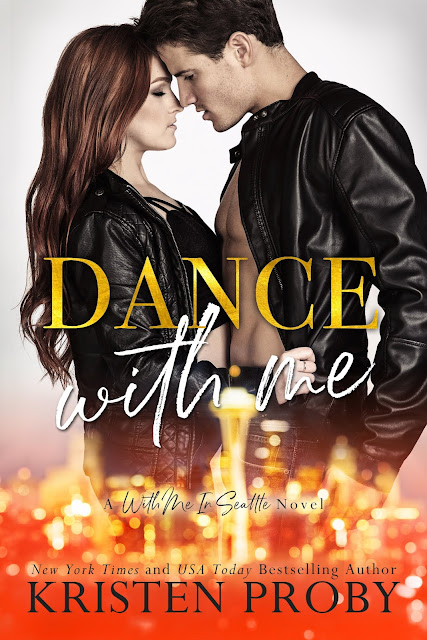 She doesn’t have a last name, and she doesn’t need one. Not with that many Grammys on her mantel. Everyone knows her kick-ass, no-holds-barred style of singing, dancing, and living.

No one knows that America’s Sweetheart is still living with the wreckage of four years ago, when her world was torn apart. Losing her fiancé was devastating, but she’s channeled all of that into her music. Closing off her heart opened a hundred new doors.

Officer Levi Crawford, Seattle PD.
For almost twenty years, Levi has been consumed by the law. He eats, sleeps, and breathes work. Not just because he’s a workaholic, but because he loves it. Sure, he doesn’t have time for a woman and barely sees the rest of his family, but it’s a trade he’s always been happy to make.

Two lonely hearts could learn to beat again, if they’re willing to dance together. 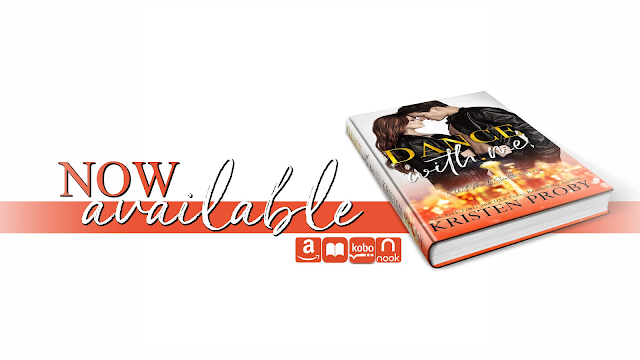 “Hello, Starla.”
“Well, shit.”
My eyes soak her in from head to toe. How did she get more beautiful than before? Her auburn hair is pulled up in a knot on top of her head, and she’s in a cropped T-shirt with a pair of skin-tight shorts.
My dick is immediately at full attention.
“Wh-what are you doing here?”
“I was over at Wyatt’s house.” I point across the street. “And he said you were staying here.”
She leans on the doorframe, crosses her arms over her chest, and bites her full bottom lip.
She’s sex personified, standing right in front of me.
“Am I under arrest?”
“No.” I reach out to brush a loose strand of hair behind her ear, and the slight contact of skin against skin sends a shock wave through my already energized body. “No, you basically fell in my lap, and I decided to take advantage of it.”
“If you think I’m going to lead you straight up to bed, you have another thing coming.”
I narrow my eyes. “You just insulted both of us.”
She sighs and shakes her head, pinches the bridge of her nose between her eyes, and then laughs. “I apologize. You surprised me. Come on in.”
She stands back, and I follow her in, looking around the open living space.
“Do you want something to drink?”
“No, thanks.”
“I need a water. Follow me.”
She walks ahead of me to the kitchen, and my eyes are pinned to her round ass. I remember how the globes of those cheeks feel in my hands as she rides me. I remember everything.
“Sure you don’t want some?”
I try to swallow around my dry tongue and just nod. “Turns out, I do.”
She passes me a bottle and then takes a sip of her own.
“So, is the tour over?” I ask.
“Yes, and I’m on vacation.” She frowns slightly, staring down at her water. “Forced vacation.”
“Why?”
She blinks up at me. “Because I was exhausted, and the doctor insisted.”
I narrow my eyes again, pissed that she worked herself into exhaustion. “Starla—”
“I’m fine,” she insists. “And I’m already feeling better. Also, I owe you an apology.”
That stops me short. “No, you don’t.”
“Oh, I do.” She takes another sip, then sets the bottle aside and leans on the island. I get a great view of her cleavage.
She’s too sexy for her own damn good.
“I’m sorry I didn’t reply to your messages, Levi.”
“Why didn’t you?”
She blows out a breath. “Because I was a little overwhelmed. The sex was—”
“Damn incredible.”
“Yeah. It was. Intense is also a good word for it, and I get the feeling that you’re an intense man.”
I nod once. “If I hurt you or scared you—”
“No, it’s not that at all,” she hurries to assure me. “I didn’t do anything that I didn’t want or enjoy. I’m sorry if I gave you that impression. I hadn’t been with a man in a long time, and we have some powerful chemistry.”
That’s the understatement of the year. I can feel the electricity flowing between us like a rushing river.
“That’s really all I’m comfortable saying right now,” she admits and swallows.
“That’s enough.”
For now.

Kristen was born and raised in a small resort town in her beloved Montana. In her mid-twenties, she decided to stretch her wings and move to the Pacific Northwest, where she made her home for more than a dozen years.
During that time, Kristen wrote many romance novels and joined organizations such as RWA and other small writing groups. She spent countless hours in workshops, and more mornings than she can count up before the dawn so she could write before going to work. She submitted many manuscripts to agents and editors alike, but was always told no. In the summer of 2012, the self-publishing scene was new and thriving, and Kristen had one goal: to publish just one book. It was something she longed to cross off of her bucket list.
Not only did she publish one book, she’s since published close to thirty titles, many of which have hit the USA Today, New York Times and Wall Street Journal Bestsellers lists. She continues to self publish, best known for her With Me In Seattle and Boudreaux series, and is also proud to work with William Morrow, a division of HarperCollins, with the Fusion Series.
Kristen and her husband, John, make their home in her hometown of Whitefish, Montana with their two pugs and two cats. 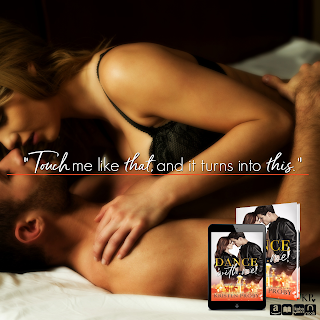 Starla had been in love before but it ended badly. When she takes a chance on Levi it scares her and she walks away. Then when she sees him again, she can’t stay away. Will she be able to let the past go and move on or will the past hold her back? Because one thing is for sure she can’t stay away from him.
Levi wanted Starla from the moment he met her, only it wasn’t that simple. Starla is complicated. The thing about Levi though is he doesn’t give up and when someone puts Starla’s life in danger he won’t stand for it. Will he be able to show her what real happiness is?
I adored these two, heck I adore the whole clan that surrounds them. I fell so deeply into Dance with Me that I was up until 2a.m. It was sexy, had humor, and a little bit of suspense. Proby gave us a story filled with all the feels and you can’t go wrong. You don’t need to read the books that come before Dance with Me but I highly recommend it.