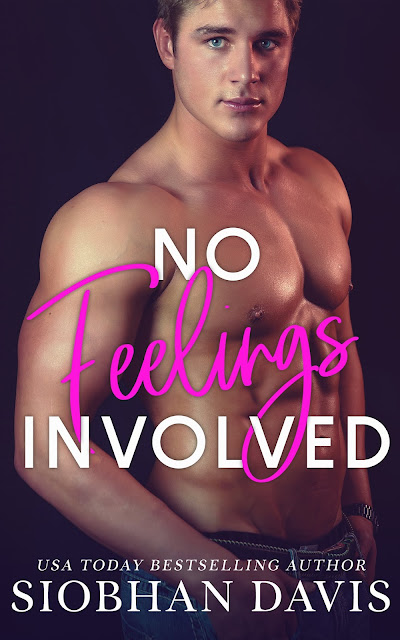 Can this skeptical player let down his guard long enough to let love into his life, or is this forbidden romance a train wreck in the making?


It’s a truth he learned early in life. A truth he carried with him into adulthood. He broke his golden rule one time, but Myndi trampled all over his heart, cementing his belief that love is a lie and not worth the effort.


Now he’s returned to his cynical views and promiscuous lifestyle, racking up more notches on his bedpost than he can count.


Until Summer Petersen comes crashing into his world, threatening to knock down his walls with her tempting body and sunny, sweet personality.


Summer is determined to lose her V-card before she starts freshman year of college, and the hot, older guy with the cute dimples, dazzling smile, and rippling biceps is just the man for the job. Ryan doesn’t take much persuading, and he rocks her world, giving her a night to remember.


When they walk away, there’s an unspoken agreement it was a one-time thing. Ryan doesn’t do feelings, and Summer doesn’t want to be tied down at eighteen.


But when she moves into her brother Austin’s apartment, she’s shocked to discover her new roomie is the guy who recently popped her cherry.


Ryan can’t believe he slept with Austin’s baby sister, and if he finds out, he’ll literally kill him. Keeping their hook up a secret is nonnegotiable. Keeping his thoughts, and his hands, off Summer, less so. Because the longer he’s around her, the more he finds himself catching feelings for the gorgeous brunette.


Summer doesn’t want to care for her older brother’s best friend, but Ryan makes her feel things she’s never felt before, and she’s slowly falling under his spell.


Embarking on an illicit affair behind Austin’s back has train wreck written all over it, but provided they keep their feelings in check, they can end this before he ever finds out.


It’s not like either of them is in love.

Siobhan Davis – No Feelings Involved
Davis you are just going to continue to tear open my heart at every corner; I should know by now that when reading your books, I need to clear my schedule and be ready to go on a rollercoaster of emotions.

Summer has a check list for picking the right guy to lose her V card to; when she finds the perfect guy there is no when can I see you again or worry about where they both stand because they are both only wanting 1 night. Fast forward to moving into her brother house she never expected his roommate and business partner to be nonother than her 1 very fulfilled one-night stand. Fighting the connection that is growing between them they give in starting a secret relationship. When everything changes with Summer & Ryan they are left dealing with their families and heartbreak.

I really enjoyed Summer and Ryan, while there was a 8 year age gap Summer’s maturity gave them the perfect relationship. They both grew so much throughout this book and figured out who they were and what they wanted from their life.

I personally loved this story; with the small cross over with characters from When Forever Changes it gave a great insight into how they were going which is always a bonus for me. Davis continues to be one of my favourite author’s and I cannot wait for more instalments in the future.
**Reviewed for Amity Book Reviews**
Star Ratings; Plot: 5/5  Characters: 5/5  Heat: 5/5  Writing Style: 5/5  Overall: 5/5


I’m munching my way through the bowl of popcorn when Summer and the cute little guy return. “I’m Iron Man!” he proclaims in a gruff voice, puffing out his chest behind his costume and bounding into the room, displaying impressive arrogance like a true mini Tony Stark.
“And I’m Black Widow,” Summer announces, in an assertive tone, striding into the room behind him in a figure-hugging black jumpsuit, holding two toy swords in her hands. She stands confidently beside my nephew, the two of them projecting superhero status, and I can’t contain my laughter.
“You dare to laugh at me?” She quirks a brow. When Billy flips up his Iron Man mask, exchanging a devilish look with Summer, I’m on instant alert.
“What’s going on?” I question with clear caution in my tone.
“Billy and I made a new rule,” Summer says, winking at my nephew as a wicked smile graces her mouth. “You can only watch the movie if you’re wearing a costume.” She throws something at me. “You’re up, champ. Go get dressed.”
I inspect the flimsy red and blue silky material with trepidation, my mouth curling in disgust. “Oh, hell to the no.”
“That’s a bad word, Uncle Ryan,” Billy says, wagging his finger at me. “Now be Spiderman, or I’ll tell Mom you were cussing again.”
The little blackmailing shit.
Still, I can’t keep the smile off my face. There isn’t much I won’t do for my nephew, it seems, as I saunter out of the room with the offending costume in hand, subtly spanking Summer on the ass as I pass by her.
“What the actual fuck?” I question out loud to myself a few minutes later, all tangled up in the too-tight costume. How the fuck does Slate fit into this thing? I tug on the material, trying to stretch it out so it reaches my wrists and my ankles and isn’t molded to my dick like a tight layer of foreskin. That’s assuming it’s Slater’s because right now I’m questioning if this suit is even adult sized.
Little beads of sweat dot my brow as I finally get the damn thing on. I look in the mirror, laughing at the state of myself squeezed into the minuscule costume, deciding that Summer owes me at least a blow job for this.
The instant I step foot in the living room, shouting “I am Spiderman,” because hey, when in Rome and all that shit, the room erupts in an explosion of laughter, and you’d swear there were twenty people in the room not two. Or one point five if you consider Billy’s still a kid.
Summer drops to her knees, tears pouring out of her eyes, and she can’t stop laughing long enough to speak. Billy is running around the room, giggling and squealing.
“Hey, it was your great idea,” I say, strolling over to the couch and plopping down on it. The material scrunches up at my thighs, almost giving me a wedgie, and I squirm on the couch trying to get comfortable. Summer shrieks, almost convulsing with laughter, before jumping up and dashing out of the room. “Was it something I said?” I joke with Billy, and he giggles, snuggling up on the couch with me and snatching the popcorn.
I’m still cursing the damn costume a couple minutes later when Summer returns wearing a Wonder Woman outfit this time. If I thought the crotch of my Spiderman costume was tight before, it’s nothing on how strained it is now I’m sporting the biggest boner known to man. Discreetly, I pull the throw off the back of the couch, covering my nether regions before Billy notices the giant bulge in my tighter than tight pants.
“Are you trying to kill me, woman?” I ask as Summer flops down on the other side of me. “Death by giant erection,” I whisper in her ear, and she splutters, holding up a hand, trying to compose herself long enough to speak.
“Stop!” She titters, clutching her stomach as if she’s in pain. “I’ve already had to change once because I peed my pants.”
I just stare at her, and she cracks up in laughter again. “You seriously peed your pants?” I inquire, fighting a bout of laughter myself.
She punches me in the arm, but it’s a feeble effort, and I barely feel a twinge. “It’s your fault.” She looks over me, snorting with laughter. “How the hell did you even get that thing on?”
“It wasn’t without challenge, trust me.” I wink at her, and she rests her head on my shoulder, her light laughter warming my insides.
“You look totally fuckable in that costume,” I whisper in her ear. “I want you to wear it later when you’re riding me.”
“Do you think that’s why Gabby and Slater have so many costumes upstairs? Do they play superhero in the bedroom?” she whispers, waggling her brows suggestively as my stomach sours.
My insides shrivel at the thought, and I scowl at her. “Thanks a bunch for that lovely visual of my sister. Now, I have a renewed urge to punch my brother-in-law in the face.” I know Gabby and Slate usually dress up to go trick or treating with Billy at Halloween, and I’m sticking to that story as the most logical explanation.
Because, otherwise, I’m likely to land one on Slate the second he steps foot in the door.
©Siobhan Davis 2019


USA Today bestselling author Siobhan Davis writes emotionally intense young adult and new adult romantic fiction with swoon-worthy romance, complex characters, and tons of unexpected plot twists and turns that will have you flipping the pages beyond bedtime! She is the author of the international bestselling Kennedy Boys, Saven, and True Calling series’.


Siobhan’s family will tell you she’s a little bit obsessive when it comes to reading and writing, and they aren’t wrong. She can rarely be found without her trusty Kindle, a paperback book, or her laptop somewhere close at hand.


Prior to becoming a full-time writer, Siobhan forged a successful corporate career in human resource management.


She resides in the Garden County of Ireland with her husband and two sons.
Connect with Siobhan: