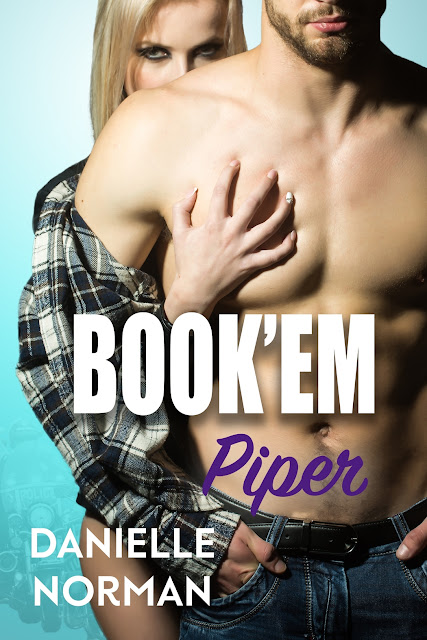 I grew up on the wrong side of the tracks, an area that even the cops avoided.
The only light in my dark, was the boy next door. He was my hero.
And I was his Sunshine, at least that is what he called me.
Liam Kane wasn't just my neighbor, he was my first and only crush.
He looked after me when I couldn't look after myself.
When he disappeared my life returned to an endless grey.
Now after all these years we're face to face.
But we're standing on opposite sides of the law.
He's a part of the Heretics MC and I'm a deputy.
I’m all grown up and more than capable of handling myself.
But I dream about Liam’s capable hands.
Everything has changed... except my feelings for him.
GOODREADS LINK: https://www.goodreads.com/book/show/47347051-book-em-piper
PURCHASE LINKS
US: https://amzn.to/2lPW6yT
UK: https://amzn.to/2m0yWFP
CA: https://amzn.to/2lkv6ai
AU: https://amzn.to/2mZpeDJ
B&N: http://bit.ly/2ntYvQ1
Kobo: http://bit.ly/2nxlry5
Apple Books: https://apple.co/2lkaq27
Google Play: http://bit.ly/2novCoi
EXCERPT
“Who the fuck?” I couldn’t believe that I was getting hard just from seeing the back of a woman across a smoke-filled room. Maybe I shouldn’t be that shocked, my sex life had been sparse since going undercover. Having someone’s sloppy seconds, literally, since I was low man on the totem pole, was just gross.
I straightened and moved closer to the dancer, glancing over to Sage, who was wide-eyed with curiosity. Not an ounce of jealousy or anger in her features. I was close enough to see that the dancer didn’t have red hair as I’d originally thought, that was a trick of the lights. No, this woman had strawberry blonde hair just like . . .
I was going to fucking kill her—that was, if Bladder didn’t recognize her and kill her first. I wanted to ring her perfect neck. Hell, I wanted to ring Sage’s neck for bringing a cop here. She knew better.
I glanced over my shoulder toward the guys, who were watching me and cheering me on.
Bladder was focused on the woman standing between his legs and her hand on his crotch.
Thank fuck.
“Sweet thing is gonna get some!” Bear yelled.
“Give ’em something to suck!” Flagpole hollered. His voice, as always, carried above everyone else’s.
Several of the women turned and stared at me. But not Piper, she was still facing away, dancing as if she were alone. I moved forward, wrapping my hands around her waist and pulling her flush against me. “What the fuck are you doing here? Did you not learn your lesson the other day?”
“I’m sorry, what was your name again?” Piper practically purred.
I leaned in closer. “You know damn well what my name is, but don’t say it.”
Her whole body froze for the briefest of seconds, a reaction that could be explained away as her adjusting to the rhythm of the new song instead of shock. I knew it for what it was, and it pissed me the fuck off. She hadn’t let well enough alone.
“I needed to see you,” she panted, and her sultry voice hit me straight in my cock. She brought her hands back and grabbed onto the sides of my legs, her hands on my thighs was hot. “You need to step back and let me be. You’re either who I want you to be or you’re not.” She shimmied her ass against my growing cock.
“Fuckkkk, this isn’t funny.”
“I agree, I don’t see anyone laughing.”
But she was wrong, because from the corner of my eye, I saw smirks on her friends’ faces. I wrapped a hand around her neck and pulled her head back so that it was resting against my shoulder, I made it look forceful, but it wasn’t. Quickly, the circle of dancing women closed in around her. “Let your friends know that I’m not hurting you.” I was pressed to Piper’s back so I couldn’t see what she did or mouthed, but the women around her noticeably relaxed.
“I want to talk with you.” Her voice was raspy.
“No, you don’t. I’m not the same person you used to know.”
“I didn’t ask if you were the same person, I’m not the same person, I’m all grown up, see?” She pressed her hips back again. Fuck.
ALSO AVAILABLE
Badges Prequel – FREE on all platforms! 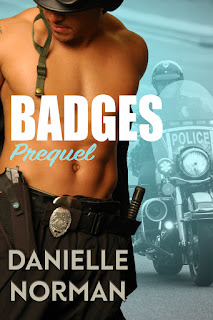 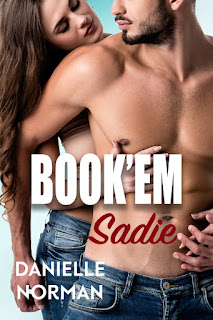 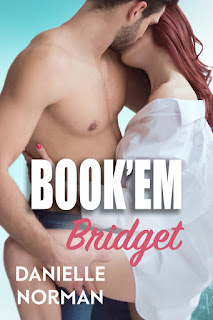 
Bookem Piper is book 3 in the Iron Badges series; having not read the previous books in the series I was worried I would be missing something but I was able to read it as a standalone.

When Piper was growing up, she did everything by herself, except when the cute boy down the street used to help her. When Liam disappeared in the middle of the night, she had always wondered what happened to him. Now she is a police officer that is not afraid of anything; when she comes face to face with a man, she swears is Liam she is left with more questions and wont stop until she has answers.

AUTHOR BIO
Before becoming a romance writer, Danielle was a body double for Heidi Klum and a backup singer for Adele. Now, she spends her days trying to play keep away from Theo James who won’t stop calling her or asking her out.
And all of this happens before she wakes up and faces reality where in fact she is a 50 something mom with grown kids, she's been married longer than Theo’s been alive, and now get her kicks riding a Harley.
As far as her body, she can thank, Ben & Jerry’s for that as well as gravity and vodka. But she says that she could never be Adele’s backup since she never stops saying the F-word long enough to actually sing.
Danielle writes about kickass women with even better shoes and the men that try to tame them (silly silly men).
AUTHOR LINKS
Website: https://www.daniellenorman.com
Newsletter: http://daniellenorman.com/news
Facebook: https://www.facebook.com/authordaniellenorman
Facebook Group: https://www.facebook.com/groups/ironorchids
Twitter: https://twitter.com/1DanielleNorman
Instagram: https://www.instagram.com/1daniellenorman
Goodreads: https://www.goodreads.com/author/show/17062398.Danielle_Norman
Amazon: https://www.amazon.com/Danielle-Norman/e/B07652ZRN2
Apple Books: https://books.apple.com/us/author/danielle-norman/id1289696900
Book+Main: https://bookandmainbites.com/daniellenorman
Bookbub: https://www.bookbub.com/authors/danielle-norman
GIVEAWAY
There is a giveaway for a $100 Amazon gift card
http://www.rafflecopter.com/rafl/display/ba3ffd552366