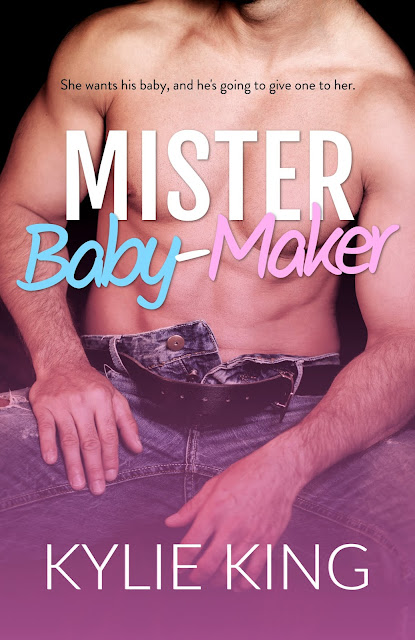 Vivian Carter has the perfect life. She’s a powerful CEO, has a great apartment in New York City, and never has a bad hair day. She’s a single woman in a big city living her dreams, but there is just one thing she wants that will make her life complete… A baby.

Jax Lemoine has been attracted to Vivian ever since he laid eyes on her in his apartment building.

He knows she’s attracted to him just as much, so when he gets the chance to make her his, he takes it, but there is a catch: He has to agree to make a baby with her.

All he has to do is knock Vivian up and she’ll never ask for anything again. No strings attached and no commitments.

Jax believes he can handle the agreement, until he realizes that what he feels for Vivian is much deeper than he ever expected.

Louise's Review
King has delivered a short and VERY steamy story one that I couldn’t put down and read in 1 sitting.

Vivian is successful, she is the CEO of her own company and when she meets her new gorgeous neighbour Jax she is left hot and bothered from the performance she can hear through the thin walls.
Asking for a baby is just the beginning.

Vivian and Jax have amazing chemistry; I personally enjoyed this story. While it was short it was packed with everything you would want including the HEA.

I look forward to reading some more steamy romance from King in the future.

ABOUT THE AUTHOR
Kylie King is a soccer mom by day, and a writer of ridiculously smutty romances by night. She loves reading, swimming, and mixed drinks that include lots of rum.

All of her books are quick and hot, with over-the-top fantasies that probably shouldn't be taken too seriously.