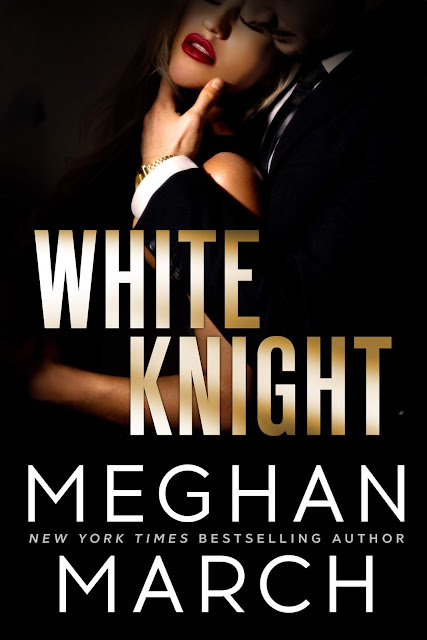 I never expected to be anyone’s white knight. That’s not a role I’ve ever played.
But when the Casso crime family shifts into uncharted territory, they’re looking for a new hero, and they’re looking for me—Cannon Freeman, the black sheep.
But my time in disgrace is at an end.
It’s my turn to rise up and save the people who matter most to me.
Even if my family has never given a damn about me, I will not let them fall.
More than anything, I will not let her fall.
One thing I know is true—in my life, nothing is ever what it seems.

Add to your Goodreads TBR:
http://bit.ly/MMWhiteKnightGR

Johnaka's Review
“A duet you can get lost in, 5 stars”

Drew only has one thing in mind and that’s to take down the Casso crime family. She suspects they did something they shouldn’t have and she’s out for blood. What she didn’t expect was Cannon, which was a huge oversight on her part. He makes her feel things she shouldn’t. If she lets him in will he help her get her answers or will he stop her from getting justice?

I have a confession, I for some odd reason am not a huge mafia story fan and I floved the Dirty Mafia Duet. Drew and Cannon are probably easily one of my favorite March couples. There is just something about these two books that sucked me in like no other. There were twists I didn’t see coming and I just wanted it all. March wrote one of those stories that is hard to review. You want to gush, you want to tell someone everything that happened and just word vomit in excitement. But I can’t because I want you to read it. I want you to love Cannon and Drew as much as I did.

I hope this isn’t the end of Drew and Cannon for us. I hope we see them again. But one thing is for sure, March f’ing killed it.

Louise's Review
White Knight is the conclusion to the Mafia Duet and it picks up right where Black Sheep ended.

March slayed Black Sheep leaving me with a book hangover of epic proportions; when White Knight loaded onto my kindle, I knew my day would be cleared and adulting out the window.

Drew still wants answers and will not stop until she has them. When secrets from decades ago start to be exposed, both Drew and Cannon’s lives will change forever. Moving the Casso family forward Cannon proves he is more than the Black Sheep.

March has blown me away with this story, hearing from March’s other characters from previous series was an amazing addition to the story giving me a welcome home feeling.

I cannot wait to get my hands on the next series, The Fall of Legend. 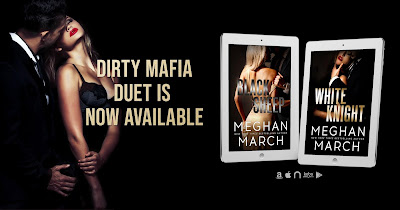 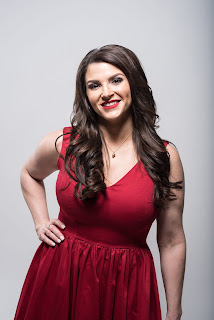