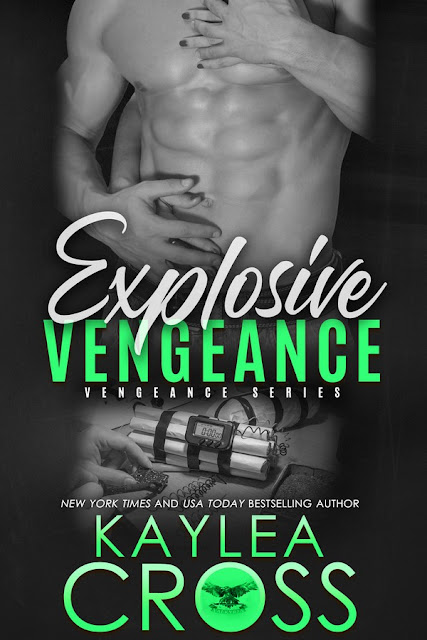 EXPLOSIVE VENGEANCE by Kaylea Cross is on sale now!

The government made Chloe Wilson an explosives expert, trained to take out a target with a precise, controlled hit. But there’s nothing controlled about her current situation—or the danger coming after her. When a good-looking stranger is sent to watch her back, she’s not impressed. This mission is personal, and it’s liable to get her killed. The former Valkyrie can’t afford any mistakes or attachments, but this time she has no choice, and soon her new partner proves his worth.

When former Pararescueman Heath Barrett gets a call from his best friend asking him to keep tabs on a woman in danger, he has no idea what he’s getting himself into. Far from a helpless civilian, Chloe holds him at knifepoint the first time they meet. She’s a deadly operative being hunted by lethal enemies and by the time he realizes the extent of the danger, it’s too late to walk away. Now they’re both targets, and he and Chloe must face the threat head on—and if they want to survive, they’ll have to do it together. 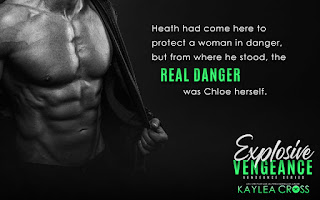 Chole likes to make things go boom. Especially when the boom takes care of the scum of the scum. When she took out her recent hit she knew there would be repercussions but she didn’t expect to meet Heath and to reconnect with her old friend Megan. When Megan asks her to join forces will she? Or will she walk away not willing to put her old and new friends in anymore danger? And what about this feeling Heath gives her, what is that?

Heath was supposed to be on holiday before starting his next contracting job. But when his old friend calls him asking for a favor, he can’t say no. He likes saving people, but Chole doesn’t need saving. To say she makes life far from boring would be an understatement. Will he be able to convince Chole to give him a shot before he leaves or will she stick to her guns?

I started reading Cross because of the Vengeance series here and I wish I had found her sooner. I love everything about this series. All the women are BA on their own and the men that love them don’t try to change them. There is a little bit of mystery, a whole lot of suspense, action, and love. I am convinced you cannot go wrong with Cross and her writing.  One thing is for sure, the next book cannot come soon enough. 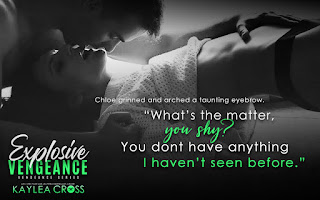