Release + Review - The Mogul and the Muscle - Claire Kingsley 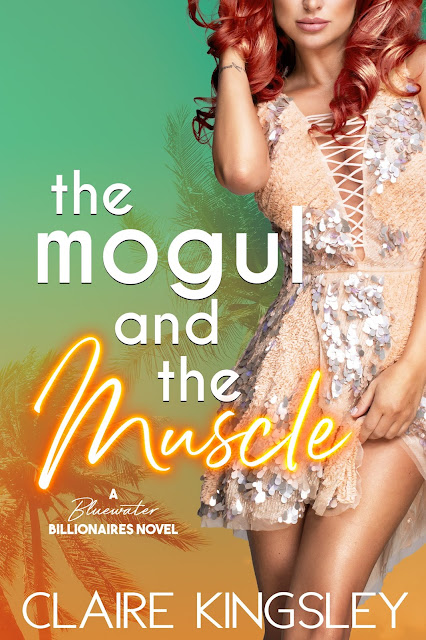 Blurb:
“I wanted this man’s arms around me, cocooning me in safety. I wanted to feel like I didn’t have to be brave for a few hours. I wanted to let him be my courage. My protection. My shield.”

Cameron Whitbury—billionaire aerospace mogul—can engineer her way out of any problem. Sure, she’s living with the threat of a potential sex scandal thanks to her lying ex. And that attempted mugging in her parking garage might not have been a random attack.

But she’s totally got this. Sacrifice her privacy to an overprotective bodyguard? No thanks. She doesn’t need a six-foot-five, motorcycle-riding, square-jawed, hazel-eyed man-beast shadowing her every move.

Jude Ellis—one-man security operation and professional problem solver—is ready to retire from the cloak and dagger stuff to live a normal life. He doesn’t need another client. Not even one with coppery-red hair and mile-long legs who looks hot AF in a sexy pair of heels.

To appease her worried friends, Cameron hires Jude as her bodyguard. And despite their feisty banter and their rampant—and totally inappropriate—sex fantasies, they’re both determined to keep it professional.

But as the danger to Cameron escalates, the heat simmering between them just might combust.

Author’s note: Big wall-of-man hero with a fierce (and growly) protective streak. Confident and snarky heroine. All the banter. Sex in a closet. And a daring rescue with a big, heart squishing HEA.

Johnaka's Review
“Will he be able to protect her? 5 stars”

Let me set the scene for you…I had just gotten done reading The Price of Scandal by Lucy Score (first book in Bluewater Billionaire series, you don’t need to read it before The Mogul and the Muscle but I recommend you do because why the heck not?” anyways… I looked at my husband and was like dang that book was good. And he was all well apparently you laughed like crazy. I told him to stop hating and that I wish I had the next book in the series. Keep in mind I hadn’t even back out of Price of Scandal yet. I set my phone down next to me, went and made a drink, came back and refreshed my kindle app. Right there sitting front and center was The Mogul and the Muscle! MIND BLOWN! It was like Kingsley knew I needed it then. So, I jumped right in.

Cameron is freakishly smart and was recently attacked. She thought it was just someone trying to mug her but her friends think otherwise. The girls decided to hire Cameron a bodyguard behind her back. She doesn’t need Jude…until Jude points some things out and then she starts second guessing everything. Who is after her? Is she really in danger? Then there’s Jude himself and let’s just say he gets her lady engine purring. Is he worth the risk?

Jude keeps retiring and being pulled out of retirement. When his buddy Derek asks him to help a friend, he can’t say no. When he meets Cameron to say she’s caught off guard would be an understatement. But one thing becomes clear fast, she’s in trouble. If there is one thing Jude hates is trouble. Will he be able to stop the threat before its too late? Or will he be blinded by Cameron?

The Mogul and the Muscle was laugh out good. Cameron and Jude are golden. He just fits into her life and she oddly enough likes having him around. She’s not a woman who trusts easily so the fact she trusts him is money. The secondary characters just elevated the book to another level.

How these four author friends are creating a series together, adding each other’s characters into their own books and managing to keep the voices of another’s character on point is amazing. Claire and Lucy have not only managed to finish each other’s sentences as friends but doing it as authors with the others characters as well. I cannot wait to see Pippa and Katheryn do it as well. One thing is for sure, I kinda wish I lived in Bluewater.

Author Bio:
Heat, Heart, & Happily Ever After
Claire Kingsley writes sexy contemporary romance and romantic comedies. She loves sassy, quirky heroines, swoony heroes who love their women hard, panty-melting sexytimes, romantic happily ever afters, and lots of big feels.
She can’t imagine life without coffee, her Kindle, and the sexy heroes who inhabit her imagination. She’s living out her own happily ever after in the Pacific Northwest with her husband and three kids. 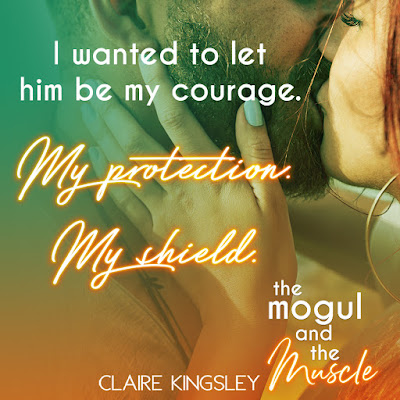 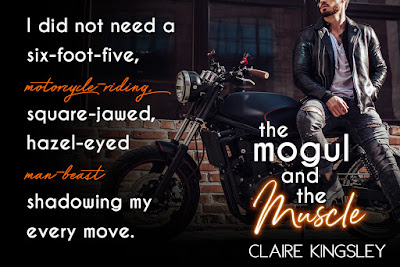