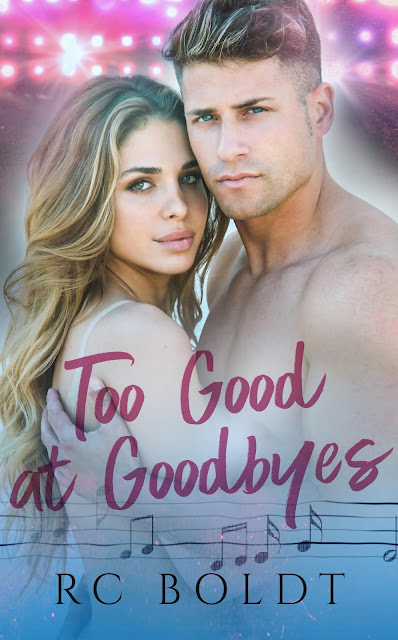 
Earned my first Grammy? Discovered Mommy Dearest was embezzling my money.
Landed a leading role in a movie? My fiancé called off our engagement the next day.
I might have a multi-million-dollar recording contract, a sold-out world tour, and more money in the bank than I ever imagined, but every time I hit a milestone in my career, my personal life suffers.
Then in steps my new bodyguard, rugged and with a past I connect with. The closer we get, the more powerful my feelings grow, complicating our professional relationship.
I thought Kane would be different. I hoped he’d be the one man to stand by my side, undaunted by the fame and attention that trails me.
The press calls me the “Ice Princess of Pop” because of my unyielding façade throughout heartbreak and betrayal. Perhaps it’s time to show them the real me.
With every syllable, I pour out my emotions and allow them to puddle, forming lyrics from my soul’s breath. And with each word, my broken heart cries out for Kane, begging him to help me break this pattern.
To help me stop being so damn good at goodbyes.


“The Pop Princess and the Bodyguard, 5 stars”

I have read Boldt in the past and have always enjoyed her stories so when Too Good at Goodbyes came to my attention, I knew I had to read it. I like band books, I like bodyguards, I like her, so I was game. Well let’s just say Boldt killed it with Too Good at Goodbyes. Simone and Kane are perfect for each other and at the same time they are that couple you look at and scream couple goals. She needs someone who is cool with her fame and doesn’t take it as an ego hit that people chant her name. someone who keeps her grounded. Kane wants nothing to do with the fans and only wants her, the woman behind the music.

Simone is sick and tired of falling in love only to have that love thrown back in her face. She’s been in the spotlight too long and is sick of other people’s perceptions of her affecting her relationships. When her bodyguard goes on a long overdue honeymoon she can’t help but be a little leery of the replacement. When she meets Kane though a whole new set of problems arise. He’s everything she could ever want in a guy. The question is, is he cut out for her lifestyle?

Kane took the job as head of security for a buddy because he knew he wouldn’t lead him astray. Besides its not like he had anything else to do aside from forgetting about him ex. He’s heard stories about Simone and her ice princess antics in the past, but quickly realizes how far off base everyone is. He can’t help but want her. But is he willing to put his heart on the line so soon?

EXCERPT
Copyright @2019 by RC BOLDT
SIMONE
Present Day
The Super Bowl Halftime Performance
Hard Rock Stadium
Miami Gardens, Florida
Facing what’s estimated to be over sixty-seven thousand people with my favorite guitar strapped snug against me, I prepare to sing my final song.
Standing up here in front of thousands of fans is second nature. I performed in countless dive bars before breaking onto the scene and securing my first record deal, then moving on to sold-out world tours. Which means I shouldn’t have sweaty palms like a preteen working up the nerve to talk to her crush.
My heart shouldn’t be racing like a horse competing in the Kentucky Derby.
My stomach shouldn’t churn as though I’ve eaten ceviche from a questionable food truck.
Tremors shouldn’t affect my hands like a virgin embarking on their deflowering.
None of this should be afflicting me. But it is.
Because of him.
Because of the current state of my heart.
But this is how I deal with heartache. With tragedy. With…life.
“This is a little different, and I hope you like it,” I rasp into the mic. Noise from the cheering fans is deafening, and like every time I perform, the surreal quality never quite fades.
Tonight marks the first time I’ll share a song I wrote about someone who eviscerated my heart entirely. My other relationships—and subsequent failures—pale in comparison.
It’s no secret that love and broken hearts inspire great songwriting. With regard to the latter, it’s never hard to find someone mourning an unrequited love, suffering heartache, or wishing they’d find their own glorified everlasting love.
But have you noticed when male musicians write about it, they’re never on the receiving end of the snide, sarcastic comments of, “Oh, poor thing. He’s rich and famous and can’t find love. Boo-freaking-hoo.”?
Yet when I write lyrics that are the closest thing to ripping out my heart and putting it on display for the world, I receive the “She’s probably selfish and put her career first” or “She probably cheated, and now she’s regretting it” or “Mm. So sad. The Ice Princess of Pop is heartbroken.”
My response? Fuck that noise. I’m writing from my heart and soul, regardless of how damaged they might be at any given time. And as long as my fans continue to support me, I’m going to keep on keepin’ on.
“I’d like to dedicate this song to a special person.” I duck my chin, willing myself to maintain composure. “It’s called ‘Embers.’”
Once I strum the first note on my guitar, everything around me fades. My voice emerges from the shards scattered within my chest where my working heart once was.
When I play that final chord, I see tears streaming down the faces of the fans in the front rows. And yet again, I’m reminded of something all too easily forgotten. That there are others who can relate to lyrics written from my soul’s breath.
Because in heartache, we’re never truly alone. 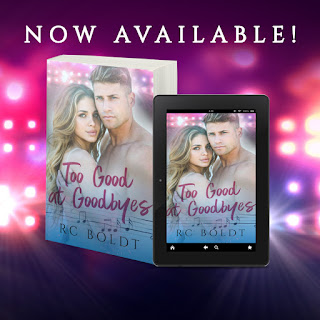 AUTHOR BIO
RC Boldt currently lives on the southeastern coast of the U.S., enjoys long walks on the beach, running, reading, people watching, and singing karaoke. If you're in the mood for some killer homemade mojitos, can't recall the lyrics to a particular 80's song, or just need to hang around a nonconformist who will do almost anything for a laugh, she's your girl.
AUTHOR LINKS
Website: http://www.rcboldtbooks.com
Email: rcboldtbooks@gmail.com
Twitter: https://twitter.com/RC_Boldt
Facebook: https://www.facebook.com/rcboldtauthor
Goodreads: https://www.goodreads.com/author/show/14543027.R_C_Boldt
Instagram: https://www.instagram.com/rcboldt
Bookbub: https://www.bookbub.com/profile/rc-boldt
Amazon: https://www.amazon.com/RC-Boldt/e/B016OKF4QE
Posted by Louise at 8:00 AM