Evangeline Andrews is quiet and unassuming, or at least she hopes that’s how people see her. Fleeing her life in New Jersey to hide in Dublin the last thing she needs are her secrets following her across the Atlantic. And what’s the best way to keep a secret? Keep your mouth shut.

Life is one big game for online-gaming genius Julian Harte, and he plays to win every time. Becoming a self-made millionaire before his 30th birthday, Julian’s office is his playground, and he sets the rules. Julian hasn’t lost a round yet and he’s used to getting everything he wants. He wants Evangeline. But she doesn’t want to play.

Meet the Irish Alpha with a rulebook as thick as his accent. 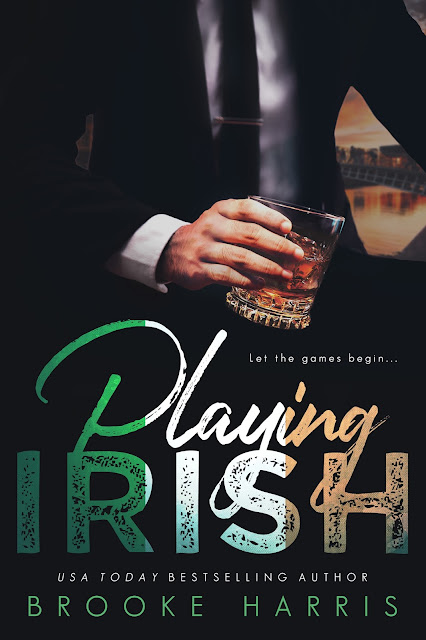 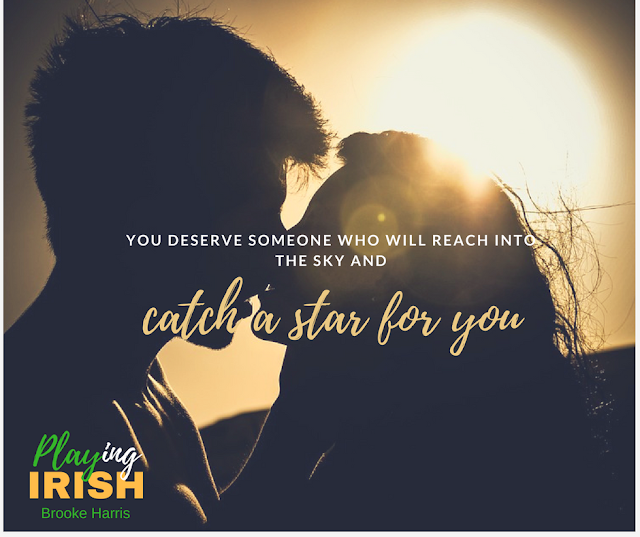 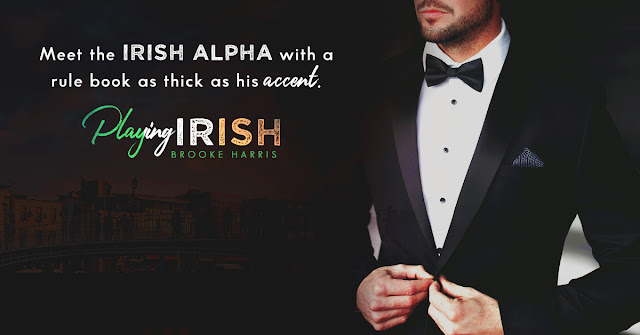 It was just two simple words. Julian had heard them before from lots of different women. But there was something different about this time. He couldn’t quite put his finger on it. This wasn’t the first time he’d bought a beautiful woman a beautiful dress. Of course, every woman was excited when he took them shopping. Their faces usually lit up when they saw the price tag, and they could barely contain their excitement when Julian took out his credit card. Eva hadn’t even checked how much the dress was. Julian knew it wasn’t the price that mattered, just the gift itself. It was refreshing, and it made him more curious than ever about this amazing woman.
‘Do you like it?’ Eva said, stepping out from behind a curtain. She caught the side of the flowing skirt and swished it from side to side as she spun around. Julian could see a sparkle in her eyes that wasn’t there before. He would buy her every dress in the shop if it kept that sparkle there.
‘Beautiful,’ he said. ‘But your body is way too delicious to hide.’
Eva look worried.
‘Here, try this one.’ Julian had spotted a little violet number early that afternoon. Eva in that dress was the first thought that came into his head. Or ripping that dress off Eva, to be truthful. Either way, he wanted to buy it for her.
‘It’s a little more…’
‘…revealing,’ Eva interrupted, taking the dress from him.
‘I was going to say flattering. Just try it on, please?’
Eva nodded and skipped back to the changing room. This time she emerged silent and obviously nervous.
Julian exhaled sharply. His cock bulged in his trousers. ‘Fuck. You look amazing.’
Eva lowered her head and fixed a strand of stray hair back behind her ear with shaking fingers. Julian knew she had no idea how stunning she was. He was going to change that.
‘I can’t reach…’ Eva spun around to show Julian the open zip that exposed her whole spine.
Julian sighed hard. It took all his self-control not to rip the dress from her body and make love to her right there on the shop floor.
‘Come here, beautiful.’ 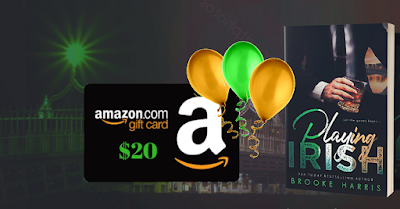 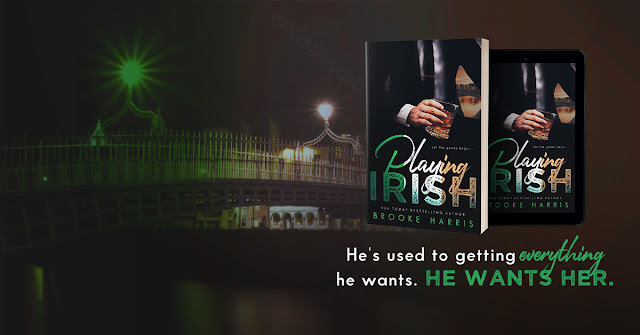 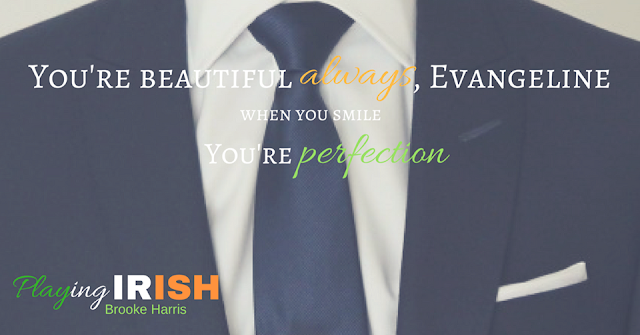 Playing Irish is a steamy novel with an alpha male and some hints of mystery.  I was really excited to read this book because of it being set in Ireland, which I visit often. The blurb for the book also intrigued me. Unfortunately, this book fell just short of its mark for me.  While I liked the characters, I was disappointed in the content of the story.

The plot of this book is what drew me in. A meek and quiet girl relocates to Ireland to escape her secrets. An alpha rich guy who always gets what he wants decides he wants said girl. Sounds like a fun game of chase to me. This is what excited me about this book. I love the thrill of the chase and the constant flirting back and forth until the game is finally over. This was one aspect of the book I enjoyed.

The characters in this book were written pretty well. Julian is exactly what I would expect a rich alpha to be. He is described as sexy as sin, which I feel most rich men are not, but should be. His attitude and actions are also what I would expect and alpha male with too much money to be. I feel he was written well and that his development was accurate. Evangeline was a good character, but she annoyed me at times. She is a quiet, reserved girl just trying to keep her head down and make it.  She has a lot of developing to do, which I feel she does quite a bit over the course of this book. My only annoyance with her is that her thoughts and actions do not always match up.

The heat in this book is over the top. Most of it is nice and steamy just like I like, but there are parts that I wish I could unread. It is not that it is not hot. I am sure to some it is what they find good, it just was not my cup of tea. With that being said, it didn’t ruin the book for me or anything, it was just a bit much for me.

The writing style of this book is where I found some of my biggest complaints. I felt this book was paced steady, which is good. The actual writing was good as well. What I didn’t like was that other than one of two references of Dublin, this story could have been set anywhere. I did not really get a big Irish feel from it personally. My other complaint is the content of the book. While the plot was good, I felt like the story was segmented. I felt like it was a couple of scenes with real substance thrown into a book of just hot and steamy scenes between characters. While this is not a bad thing to some, for me, I like my books to have more substance than I found in this story.

Overall, this was an okay book. I had such high expectations for it, but was disappointed. With that being said, that was my fault for expecting too much. The plot was good and the characters decent. I probably would not recommend this book to people I know because of the content in the book, but would recommend it to others who might like hot and steamy scenes with some kink. 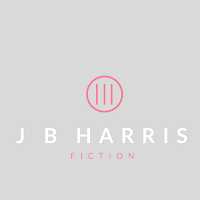 USA Today bestselling author Brooke Harris is a self diagnosed romance addict. Realising at the age of seven that being a real person and not a cartoon character may prove a hindrance when applying for a role as a Disney Princess, she decided to create her own stories. As a grown up Brooke tried swapping the heels and tiaras in her stories for sex and revenge and published her first book, in 2014.

Brooke lives in Ireland with her young family. She daydreams about a climate where it doesn't rain every day, but secretly she loves the green fields and heritage of Ireland. Brooke also writes Psych-thriller under the pseudonym Janelle Harris. 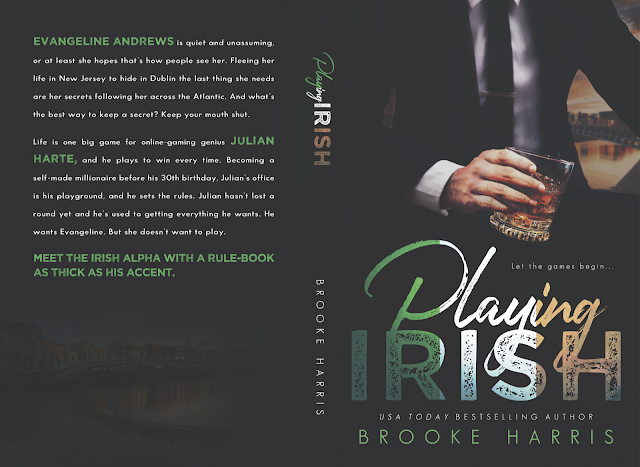