Forever Valentine PR and More is proud to present the release blitz for Whispered Prayers of a Girl by Alex Grayson. 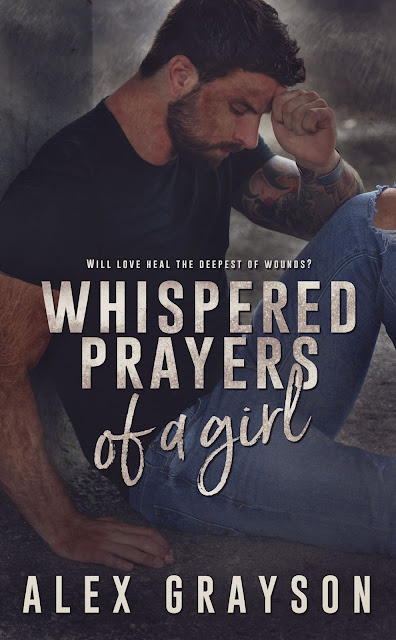 Title: Whispered Prayers of a Girl

A lonely man, a widowed woman, a carefree boy, and a broken girl… Can the four come together and help heal each other? Or will fear of the unknown and guilt about the past keep them apart?

Her whispered prayers break her...

At night, as she’s drifting off to sleep, I press my ear to the door and listen to her heart-wrenching pleas. Her words are agony to my healing heart, but I cherish the sound of them, for that’s the only time I ever hear my beautiful daughter speak. Since her father died two years ago, she’s grown quiet and withdrawn. Cat’s Valley was to be our new beginning, a place where my family and I can heal, but what we find there is so much more.

Scars mar his body. Pain has left him in pieces…

Four years ago, I lost the two things I cherished most in the world. They were ripped from my arms in the most painful and cruel way. Since then, I’ve kept to myself, preferring to stay away from the pitying looks and murmured rumors. Everything changed when she and her children barged into my life. It was an accident, and I don’t deserve them, but now that they’re here, I’m not sure I can let them go. 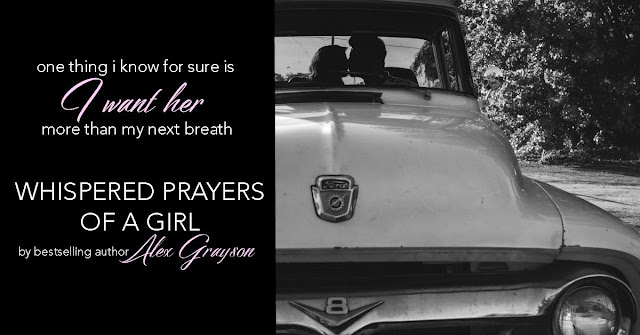 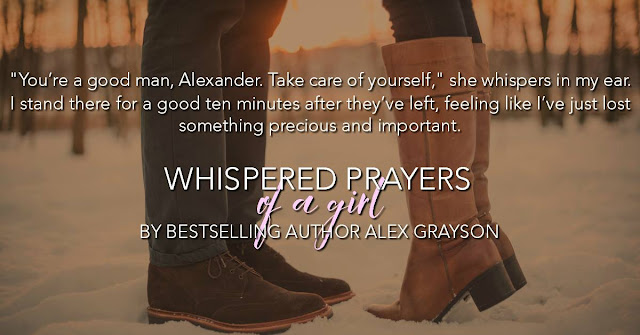 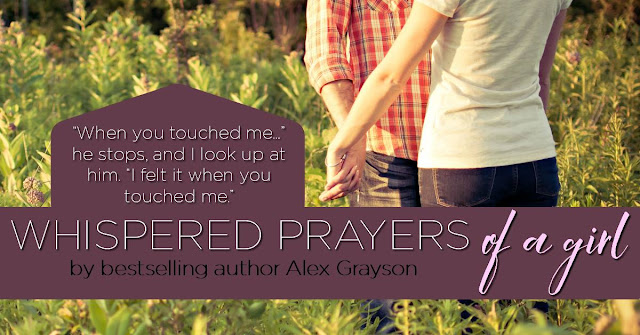 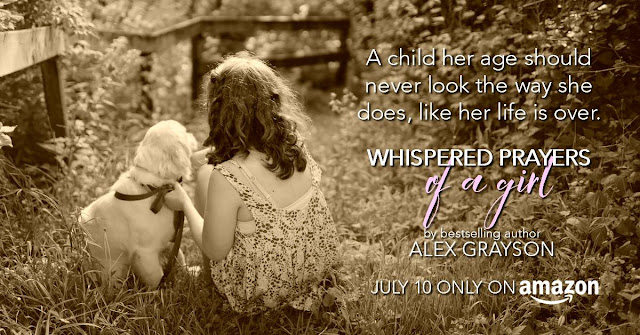 JUST LIKE LAST NIGHT, I walk silently down the hallway until I make out the murmured whispers from a girl begging God to bring her father back. I gently lay my hand on the door and listen as she slowly melts my heart until it’s a puddle at my feet. My chest aches with the need to walk in there and take away her pain. I’ve never heard such tortured words before. The pain that comes from them is overwhelming and unbearable. Even my own immense pain from losing the ones I loved can’t compare to this. This girl’s pain is so much more.

My head falls forward, and I pull in a deep breath to steady my heartbeat. It’s been quiet for several moments, and I know she’s finished. I let my hand fall from the door, and I walk down the hallway back to the living room. I drop to the cushion and let my head fall in my hands.

They’re leaving tomorrow. The sun is coming out and the temperatures are supposed to be in the lower fifties, much higher than it’s been in days. The snow won’t melt in one day, but it’ll be enough to let the road crew get to the fallen tree and her truck. My call earlier tonight to Travis confirmed they’ll be working on the roads tomorrow.

I’m not ready. It’s unreasonable and irrational, but I don’t want them to leave yet. I’m not ready to give up Daniel’s buoyant behavior or Kelsey’s quiet and depressed mannerisms. I’m not ready to give up Gwen’s giving and resilient personality. I want to keep them here. With me. They’ve brought so much light into my life since they’ve been here, and I want to keep it for a while longer. Which means they need to leave as soon as possible, before my dark world rubs off on them. I want to be selfish and harbor that light, but I won’t.

What hurts the most was the dejected look on Daniel’s face when Gwen informed him and Kelsey they’ll be leaving tomorrow. What surprised me was the morose look on Kelsey’s. That girl and her sad eyes have me wrapped around her little finger. And the boy…. Everyone should have a Daniel in their lives. Gwen tried cheering the two up with promised visits to all their friends once the roads were clear enough for it, but I could tell it didn’t work. I could also tell it wasn’t working for Gwen herself. She tried to hide it, I’m not sure if it was just from the kids or from me too, but I know she doesn’t want to leave either. The four of us, in a matter of days, have become close, formed a bond of a sort. And that right there is another reason they need to leave. I can’t let that continue. It’s not something I deserve. It’s something they need to form with a man who’s worthy. A man who will be there for them always. A whole man, not one who’s only half of himself.

I give my hair one good pull, letting the pain push away the unwanted feelings, before releasing it with a muted growl. I’m pissed at myself for wanting something I shouldn’t. This family is too good for me. I couldn’t even protect my own when they needed me. How could this family be any different? I refuse to take that chance.

I lie back against the cushion and force thoughts of Gwen and her two kids away, and instead let my own demons take over. Closing my eyes, I let the screams of pain and fear flood my mind, reminding me why Gwen, Kelsey, and Daniel are better off without me in their lives.

Whispered Prayers of a girl is the first story of Grayson's I've read, I didn't know what to expect, but came away surprised. You have two kids and two adults just trying to find their way through a traumatic time. They find solace in each other.
Alexander watched his wife and daughter die. There was nothing he could do to save them and he has lived with the guilt and the scars everyday since. When he finds Gwen and her two kids stuck in the snow he brings them to safety. With no way off the mountain until the snow clears he goes from a guy used to solitude to one with two kids and a woman underfoot.
Gwen's husband died randomly one day. It's hard to pick up the pieces when she sees her daughter struggling with losing him everyday. When she meets Alexander shes drawn to him. When she sees her daughter and him interact with each other because they understand the pain she cant help but cry.
Alexander and the kids form their own bonds without any issue. They just sync like they have always known each other. Gwen and Alexander also just fall into each other. It was beautiful in a about time way. When an accident happens it brings the two of them together. Sometimes things fall into place when you least expect it.
I really enjoyed the plot of this story. I liked all the characters and the kids reactions were completely on point. My only thing is it felt like a authors first book. It felt a little stiff at times but was easy to push through.

Here is a quote from the book I couldn't agree with more;

'Something tells me, like a soft whisper in the night, that I was meant to meet this man for a reason. My kids and I were brought into his life not by coincidence, but by fate.' 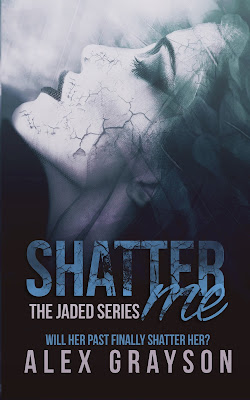 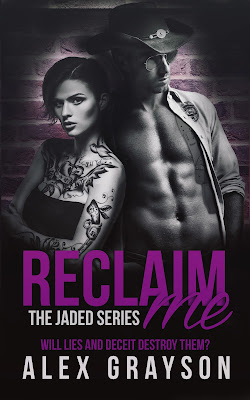 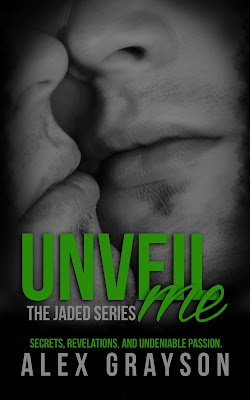 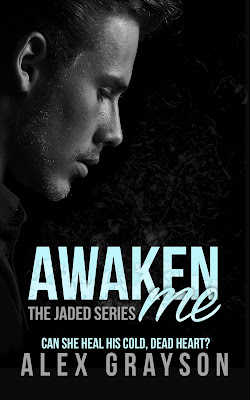 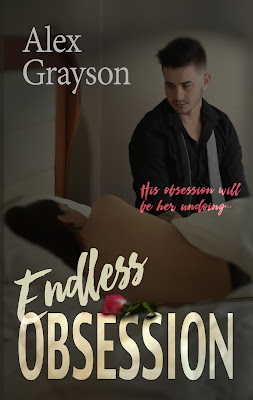 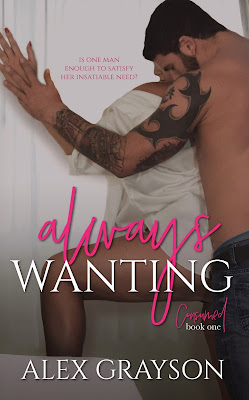 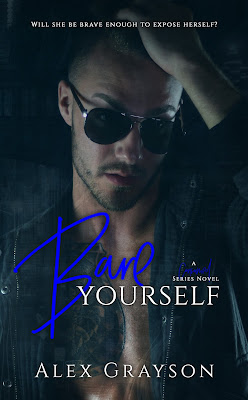 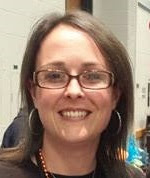 Alex Grayson is the bestselling author of heart pounding, emotionally gripping contemporary romance including the Jaded Series, the Consumed Series, and two standalone novels. Her passion for books was reignited by a gift from her sister-in-law. After spending several years as a devoted reader and blogger, Alex decided to write and independently publish her first novel in 2014 (an endeavor that took a little longer than expected). The rest, as they say, is history.

Visit her website, www.alexgraysonbooks.com, or find her on social media! 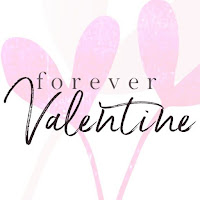