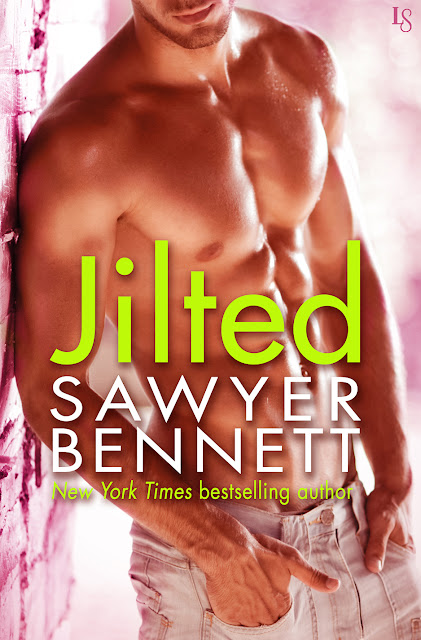 Sawyer Bennett's brand new series of standalone romances! LOVE HURTS!Hollywood hath no fury like a woman scorned. In this fun, flirty second-chance romance from New York Times bestselling author Sawyer Bennett, an aspiring starlet reconnects with her first love.Eden Goodnight went to Los Angeles to make it big, not to be publicly humiliated by her cheating fiancé at a red-carpet premiere. But when Eden returns to her hometown to put the scandal behind her, she can barely find a sympathetic shoulder to cry on. Turns out the locals are worse than the paparazzi, and they all think she’s turned into a spoiled brat. But in a strange twist of fate, the one person who seems to understand what Eden’s going through is Cooper Mayfield . . . the boy she left behind.Small-town charm is no match for the glitz and glamour of Hollywood. At least that’s what Coop’s been telling himself all these years. As Eden’s old flame—and the landscaper for her family’s historic home—Coop feels some responsibility for getting her out of her funk. But as soon as he sees that million-dollar smile, he’s a goner. Soon they’re making out like teenagers again. But when a life-changing role falls into Eden’s lap, Coop just hopes she doesn’t give up on a love that’s meant to be.

“Sometimes you just have to go home, 5 stars”

Eden has it all by a lot of people’s standards. She’s got fame and fortune, but is she happy? After being publicly humiliated she decides to head home, a place she hasn’t spent any time at since she left fourteen years ago. When she gets home she realizes it’s not the same. The town and people have changed, just like she has. The biggest shock is seeing Coop, the one guy she ever loved.

Coop is not the settle down type. He was at one point, but that was blown out the window when he let the girl go so she could make a name for herself. He sticks to casual and that’s how he likes it. But when Eden comes strutting into town his head starts to turn.

He’s a small town, hardworking man. She lives life in a huge city and is constantly in the public eye. They might have worked when they were young and innocent, but could they figure it out now? Are they happy in where they are in life? When you find your soulmate, anything is possible.

I loved Coop and Eden. I am from a small town so I got the reaction the town had to Eden’s return. Coop and Eden as couple were explosive, I was hooked to them from the start. When her career first took off they were too young to figure out how to navigate her success and their relationship, but now they are older and wiser. It’s not about money and fame any more and more about being truly happy. I love how Eden found friendship in an unlikely source. The story flowed flawlessly and sucked me in, which was a huge thing where I had been having readers block for a week leading into this book. Nothing sounded good to me reading wise and I just said screw it and clicked on Jilted, thankfully it didn’t disappoint.

Here are a couple quotes from Jilted that I liked;

“But this is Eden, and she’s unlike any other. She’s everything I remembered but exponentially sexier.”

“It was a long road we traveled to get here, but I wouldn’t change a thing.”