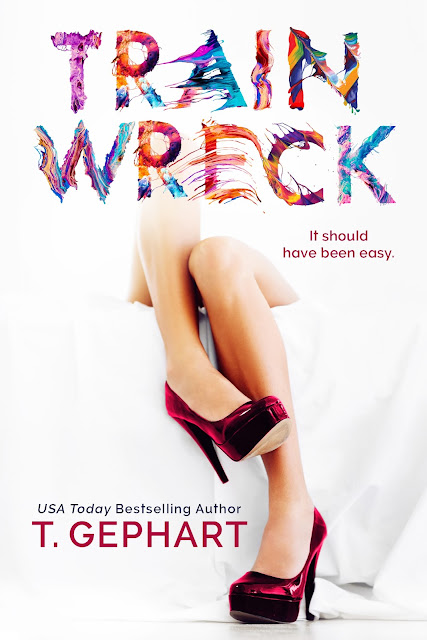 “No passion, no emotion, no originality—a train wreck of epic portions.”

Those were the words to describe Eve Thorton’s exhibition. Not even a fine arts degree from Yale or her daddy’s bank account could save her from the scathing reviews. And failure was a word Eve would never be comfortable with. Not even close.

Plotting the demise of every critic who’d written her off was her first instinct. But that would come later. Instead, she would show them that she wasn’t a bored socialite with more money than talent.

She would prove everyone wrong, and she wasn’t afraid to get her hands dirty. But when her journey for redemption crashed headfirst into Josh Logan, the sexy, talented tattooist from Queens, getting her hands dirty took on a whole new meaning.

Josh was everything Eve wasn’t, translating on skin what she couldn’t onto her canvas. All she had to do was convince him to share his jaw-dropping brilliance, and help her—seeing him naked—a bonus. Then she could go back to her regular life, vindicated.

It should have been easy. Pity her plans had a habit of derailing.

Add to your TBR: http://bit.ly/2uepjBO 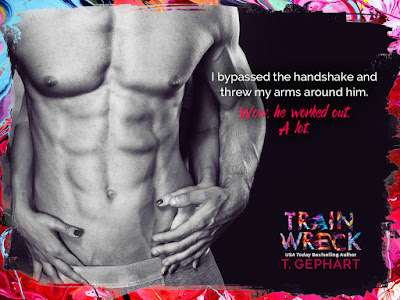 Her description was tall, athletic and covered in exquisite wearable art.

With jet-black hair that was cropped short except for the top which he wore longer and combed back. Sort of like Elvis, but a thousand times hotter, and without the retro clothes.

So, I had been mentally prepared for a decent looking guy. But I had just shipped off all of Oliver’s stuff and scruffy guys with tattoos weren’t really my thing. Besides, I was here for a purpose, and that was not to get a date. I was a professional and this was New York, and gorgeous men were everywhere. It’s not like I was a bag of hormones incapable of using her head.

Yet all it took was a single freaking smile.

How it was even possible was beyond me, but Kitty severely understated.
Josh Logan was well over six-foot and built like a South American soccer player. You know the kind—hot, toned, and looked fabulous in their underwear on the side of a building. Sadly, Josh was wearing clothes—a fantastic pair of jeans and a black fitted T-shirt that hugged his arms and chest so lovingly it needed a standing ovation.

And another thing, his tattoos were insane. Each perfectly toned arm was covered in intricate designs that went all the way up into his sleeves where they were tragically hidden by his T-shirt. Then the color reappeared, snaking up his neckline. I wasn’t sure if I wanted to lick his skin or hang it on a wall. Oh, that sounded bad. Yeah. Hanging it on the wall sounded creepy. Licking. Licking was better.

I had been a locked vault. Kept it together and pretended he wasn’t the hottest man I’d seen. I’d even managed to carry on a conversation, completely hiding the fact my panties had disintegrated the minute he’d walked into the room. That, my friends, was where the real talent was.

What happens when you take two completely different people who only have one thing in common and toss them together? You get Josh and Eve and a metric ton of chemistry. I loved Train Wreck. It was fun and slightly light hearted with some serious undertones. The characters were different but complemented each other.
Eve is the rich girl,  struggling artist. She firmly wants to create a name for herself in the art world without the help of her bank account or others. But after a horrible show and a craptastic day she thinks its all over. Until an unlikely source shows her a tattoo artists work, which gives her hope that maybe she will find what she's lost.
Josh is a self taught tattoo artist, he has no fancy college degree, but he's got more talent in his pinky then most do in their whole body. When he sees blank canvas Eve he knows she's not going to work for him or his shop, but sometimes one will surprise you.
Eve may come from money, but she doesn't act like it. Josh may be a little gun shy but he's willing to take a chance on the struggling artist. The chemistry is real and they fight it, but it's pointless.

Together they are great people but together they are explosive. They bring out the best in each other and the art they do. Josh knows he's where he's supposed to be in life but Eve is still trying to find her place. Will she find it? Will Josh be apart of her future?
These two are funny and real. The secondary characters are funny and supportive. It was a perfect read for me on a ridiculously long car ride.


T Gephart is an indie author from Melbourne, Australia.
T’s approach to life has been somewhat unconventional. Rather than going to University, she jumped on a plane to Los Angeles, USA in search of adventure. While this first trip left her somewhat underwhelmed and largely depleted of funds it fueled her appetite for travel and life experience.
With a rather eclectic resume, which reads more like the fiction she writes than an actual employment history, T struggled to find her niche in the world.
While on a subsequent trip the United States in 1999, T met and married her husband. Their whirlwind courtship and interesting impromptu convenience store wedding set the tone for their life together, which is anything but ordinary. They have lived in Louisiana, Guam and Australia and have travelled extensively throughout the US. T has two beautiful young children and one four legged child, Woodley the wonder dog.
An avid reader, T became increasingly frustrated by the lack of strong female characters in the books she was reading. She wanted to read about a woman she could identify with, someone strong, independent and confident who didn’t lack femininity. Out of this need, she decided to pen her first book, A Twist of Fate. She enjoyed the process so much that when it was over she couldn’t let it go.
T loves to travel, laugh and surround herself with colourful characters. This inevitably spills into her writing and makes for an interesting journey – she is well and truly enjoying the ride!
Based on her life experiences, T has plenty of material for her books and has a wealth of ideas to keep you all enthralled.