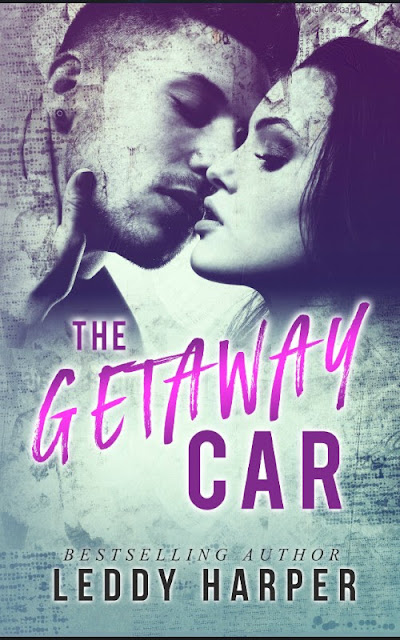 I needed to get out of town but didn’t have a car.
He had nowhere to go and offered to drive.
Forty-eight hours was all we were given.
A lifetime wouldn't have been enough.

She had something of mine.
And I was determined to get it back.
I thought it was just my car she'd stolen.
I had no idea she'd captured my heart as well.

Our Review:
What a thrilling ride! The Getaway Car was not quite what I expected. It was so much better. I really enjoyed this story. So much so that I stayed up way later than I should because I couldn’t put it down. This story is a romance with some mystery and action. It is a stand alone novel.

The plot of this book was written well. Two characters meet by chance and end up on a surprise road trip. The only problem is they are both keeping some deadly secrets. I think the author did a great job of building this story. From the very beginning, I was trying to figure out the mysteries behind both characters. I was invested in both of these characters from the very beginning.

Speaking of the characters, Maggie and Talon are very endearing. Maggie is such a realistic character. She made some rash decisions that changed the course of her life. These decisions then lead her on a path that she couldn’t turn back from, even though she tried at times. Talon is also a wonderful character. He is a very self-less person who is always trying to help others. He has his own secrets he is keeping regarding decisions he has made in his life as well. These two were destined to crash into each other.

The heat in this book is there, but it is not the main element. These two have some steamy scenes, but they also have some really sweet scenes. I think the mystery element in this book enhances the heat in the book because it adds a layer of tension for the characters. This aspect of the book was written perfectly.

The pace of the book was steady. I enjoyed how the author broke the book up into parts so that the reader knew that things were being switched up. I really liked how there was a fast forward in the book. It added a layer into the book. The author wrote this book very well.

In conclusion, I loved this book. These characters were some of my favorite. Then you have all the plot twists and mystery in the book. Boy oh boy I didn’t expect that ending though. If you like romance books with some action and mystery, then give this book a try. I promise you won’t be disappointed.

She often calls writing her therapy, using it as a way to deal with issues through the eyes of her characters.