I have one week to marry a billionaire.
Or my little sister will die.

When Claire Andrews returns home from college for the summer, her little sister is rushed to the hospital due to a life-threatening heart condition. On her twenty-first birthday, Claire will receive a trust fund set aside by her late father with enough money to cover all medical expenses.

Claire must marry a rich man or her access to the trust will be denied.

Her childhood crush, Benjamin Lewis, is a twenty-eight-year-old billionaire business mogul and New York City’s most eligible bachelor. When Ben agrees to marry Claire, her financial problems are solved.

But will the price Claire must pay in return be too much for her heart to bear? 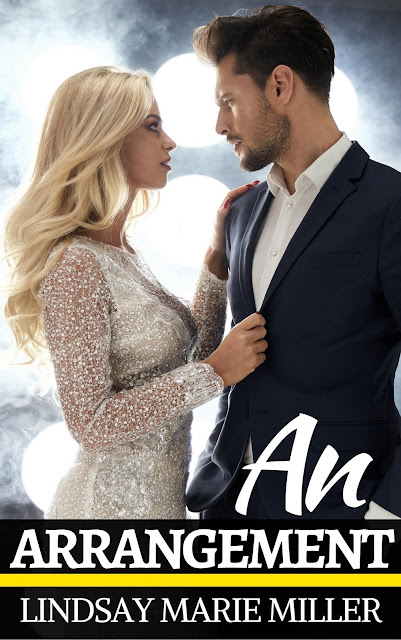 "A must read!! You don't want to miss a minute of this story!" - Nerd Girl

"I definitely recommend this novel!" - My Slanted Bookish Ramblings

"...couldn't put down. It made for compulsive reading." - LBM Book Blog

What an interesting take on a fake engagement! An Arrangement is such a unique novel. This book has a little bit of everything. There is sexual tension, family drama, secrets, lies, and a fake engagement. If you like a whirlwind story, then this is the one for you.

The plot was fascinating. I love fake fiancée/marriage books. There is just something about being thrust into a situation and then finding feelings that calls to me. An Arrangement does this for me. The plot is written well. The story line is unique to most fake engagement books. There is a whole back story to go along with the present story. I think this part was done perfectly.

The characters were written well, but I had trouble understanding them. Ben is an interesting character. He obviously has his own agenda within the book. I liked learning about what that is. Claire, on the other hand, is a hard character to like at first. I found her to be a little bit immature and rash. With that being said, I learned to like her by the end. I loved her loyalty and determination to take care of her sister.

The heat in this book is slow burning. There is sexual tension throughout the story, but things don’t heat up right away. These two characters have history which adds a layer to the relationship that enhances the story. Add in the high stress situations that they are going through and the banter between the two, and you can almost feel the crackle of electricity they cause.

The writing style is where I found issue. The pace of the book was steady and the content was written well. What I didn’t like was the back story. While I am glad it was there to add depth, it also made me feel weird because of the age difference. I felt it was a little too much. The other issue I found was the relationship between the characters. There was a lot of back and forth. Now this may be realistic, but for me, it was a turn off. I did like the mother character. She was the perfect villain. I also liked that it was told from single pov which was Claire. I think it kept us wondering about Ben.

Overall, this was a good book. I enjoyed reading it. I would recommend this book to others. It is perfect for anyone who enjoys fake fiancée books. It would also be good for someone who likes family drama and secrets. This book did have its downfalls for me, but overall, I would read it again.

“It’s Amy,” he revealed, clenching his jaw with the words. “She’s in a coma.” 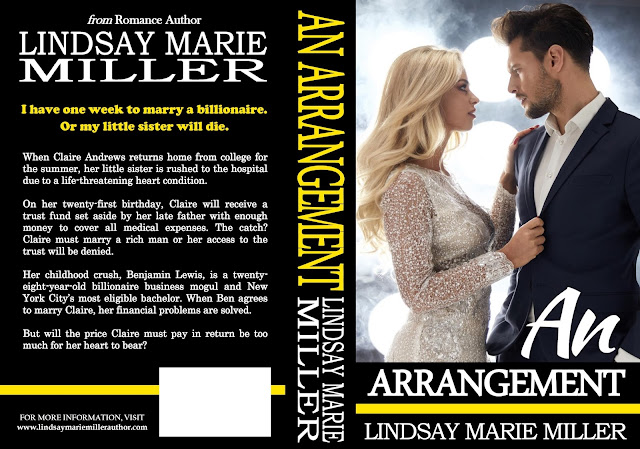