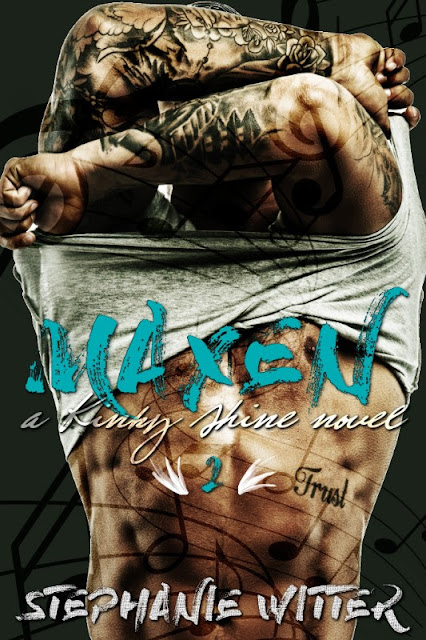 They were married but never kissed.
That night years ago never had consequences…until now.

“I wasn’t into the love bullshit and I didn’t really believe in forever between two people.’’

If I had my way, I would have never seen Maxen Walton again, the womanizing drummer of Kinky Shine.

When I met him in college he was already going through girls as if they were disposable. I had always hated him. Yet, for some drunken reason I ended up marrying him in Las Vegas. That night, right before I puked in the fake flowers and left the tacky chapel was the last time I had laid eyes on him.

Until my boyfriend asked me to marry him.

Now, I was in LA trying to get a divorce from my husband without the press hearing about it.

What I didn’t expect was that my famous husband affected me and that getting to know him would change a lot more than I ever planned.

“All I saw now was Lark, always and forever out of my reach, always driving me crazy.’’

I had only ever met one woman who equally drove me crazy and made me want her until I forgot my name.

And I married her one crazy night in Las Vegas.

Freshly out of rehab and trying like hell to get back in the game while convincing my best friend I wouldn’t relapse, seeing my wife again was the last thing I needed for that.
Life liked f*cking with me, though.

Here she was, so sexy I would damn myself to be inside her just once, but she wasn’t here for me. She was here to get a divorce so her perfect boyfriend had free range to marry her.

She still hated my guts on the sole principle that I was a womanizing f*cker, but maybe she would open her eyes and see beyond that part of me.

I just hoped it wouldn’t be just for the sex because this woman had always been my weakness.

She had the power to destroy me.

“I’d spent the better part of my life hiding behind my bright smile and loud laugh, pushing everything away by using sex, but that was over.’’

**For readers over 18. Can be read as a standalone but if you want the full Kinky Shine experience don't miss the first book.**

A behind the scenes look at a rockstar’s life. Maxen is book two in the Kinky Shine series. Book two follows the drummer of the band that we met in book one. Maxen can be read as a standalone, but I suggest you read book one as it reveals information that enhances this book. Maxen has everything you need in a book. You have drama, romance, secrets, and heat.


When reading the blurb, I knew I had to give this book a try. I love enemies to loves and fake marriages, which is kinda what this book is about. The author did a great job writing this plot. It wasn’t just a single plot. There was a main plot with several smaller plots that intertwined and added such depth to the book.  I was impressed with how well the plot of this book came together.
Lark is my favorite character so far. She has such a feisty attitude that I can get behind. What I love most about her is that she uses her attitude as a shield. She has walls built up, even if she isnt sure why. She has this ideal of a perfect life which doesn’t necessarily pan out for her. I loved her journey. Then you have Maxen. My heart has always ached for him, but this book made it ache even more. He is such a strong and happy guy, on the outside. Inside, he has a lot of pain and suffering that he hides behind his smile. He has a reputation that follows him around like a dark shadow, but he embraces it rather than dispute it. I was waiting on his journey because I knew he needed something to change in his life.
The heat between these two burns up the pages. They each feel the attraction towards each other, but due to their past, they resist. Their constant bickering with each other adds another layer of tension in the air. Once they finally slip, sparks are flying. Maxen is a sexy man with a dirty mouth. Lark is an attractive woman with a lot to explore. Put these two together and they are bound to combust.
The writing style of this book is done very well. The pace of the book is steady. I love the back and forth between the characters. It is like they take a small step forward then two large steps back. It has such a style to it that you feel invested in the characters. You feel like everything is happening organically. This story has many layers. There are some minor changes I would have personally made, but honestly, it is just me nit picking at this point. This is an amazing read.
Overall, this is a wonderful book. I give this book 5 stars because I lost myself inside it. I had to know if there would be a happy ending for Lark and Maxen. I also loved the minor characters as well. I cannot wait to see the other two members of the band get their own stories. This band has captured my heart.

Stephanie Witter, in her twenties, lives in France where she comes up with book ideas on her laptop, notebook or phone. When she's not writing the day away, she likes visiting museums or shopping to add another nail polish to her already huge collection. She's also unable to resist the appeal of new books, even when she knows she can't possibly have the time to read yet another one. She's happy to have a to-read pile so high she can never put a dent into it even if she tries her best.